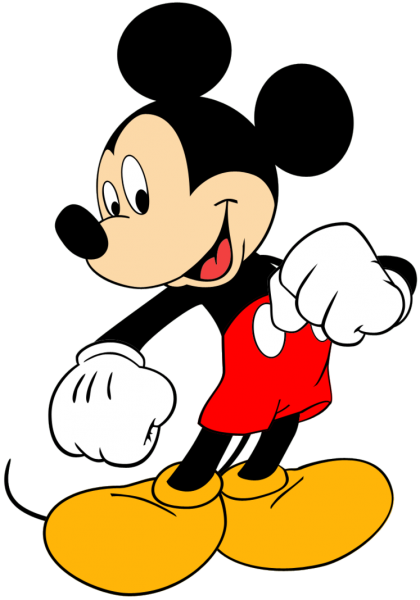 Yesterday I got a call from my sister that lives in another state. She is upset with the remaining field of Presidential candidates from both Parties. I told her that if she really wants change that her choices are named Sanders and Trump; anyone else is the status quo. She said that she would rather vote for Mickey Mouse because he at least stands for something.

Having given it more thought, I think Mickey is actually a good example of someone living off a reputation that hasn’t been true in decades.

Walt Disney worked very hard to associate his brand with family values and patriotism. All his movies and his beloved theme parks were geared to be family friendly fare. Once Walt was gone, the company continued in the general direction that he had set for it. The first area where the company departed from Disney’s publicly stated values was movies.

Disney diversified to begin producing movies under various names in the 1970’s. They started making PG and R movies under different labels. One of the most prevalent was Touchstone. Once the PG-13 designation was created, many of their films earned that rating.

With the advent of satellite TV, they started several channels that targeted both younger and older children. Much of their programming is terribly mediocre; especially, that targeted to the pre-teen crowd.

About a decade ago they bought the ABC television network; which includes ESPN and Pat Robertson’s old Family Channel (later ABC Family and now Freeform).

ABC—under Disney’s ownership—is now a huge advocate of sin: homosexuality, abortion, pre-marital and extra-marital sex, false religious practices, and a whole pantheon of social decay. This includes its programming for children, not just the stuff they put on in primetime.

The most insidious part of this is that they are using Walt’s reputation as a smokescreen to get into your living-room and in front of your children without you parents actually checking the content because it has Disney on the label.

In the political arena, Mickey Mouse is just like John Doolittle, Dan Lungren, and Tom McClintock (just to name a few from my area of California); all were living off reputations earned decades ago that were no longer true.

Once people have an image of you, you can do pretty much whatever you want and they will default to their first impression of you.

In reality, Mickey Mouse is a symbol of the perversion and decay of our country. Furthermore, he and his subsidiaries are leaders in the corruption of our country morally and spiritually.

So this November, remember that a vote for Mickey Mouse is a vote to continue the current decline of our once great country.