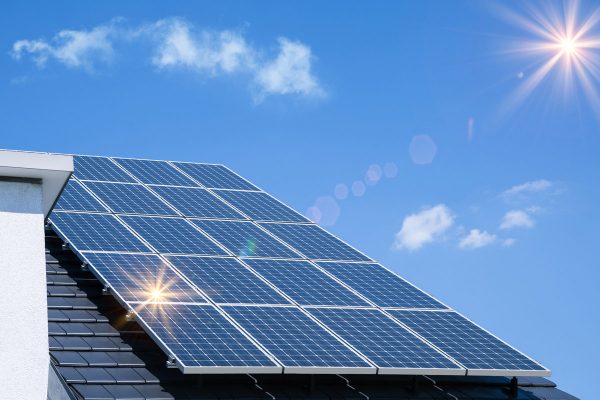 Dishonest scales are an abomination to the Lord, But a just weight is His delight.
Proverbs 11:1

I have a few older stories that I’ve been saving to comment on later; The State of Nevada and Solar Power is one. As is often the case, you must go outside the United States to see what’s going on in our country since our media is so reluctant to report the news instead of regurgitating press releases from their Liberal friends.

One would think that a state that is mostly desert, heat, and sunshine would be a leader in solar energy; however, this is not the case. Like their neighbors in California, the politicians in Nevada have decided that killing the “Golden Goose” is better than slowly bleeding it.

Although Nevada is one of the sunniest places in the world, there has recently been a dark cloud hovering over the rooftop solar industry in the state. Just before Christmas, Nevada’s public utility commission (PUC) gave the state’s only power company, NV Energy, permission to charge higher rates and fees to solar panel users – a move that immediately shattered the rooftop solar industry’s business model.
theguardian.com/environment/2016/jan/13/solar-panel-energy-power-company-Nevada

That’s right, at a time when Obama and company are trying to pile drive fossil fuels into the ground and Saudi Arabia has declared economic war on US energy companies, Nevada Power has killed the alternative energy market and effectively nationalized all privately owned solar cells in the state.

The money quote in the article is, “People would pay more for going solar rather than less. It has left companies no choice but to stop doing business in the state.”

Instead of Nevada Power paying fair market value for excess power that they purchase from solar customers, the utility says it will pay only 2.8 cents per kilowatt and then they will sell it for 13 cents. They also will be charging solar customers more for electricity that they buy on nights and cloudy days. This is in addition to charging each solar customer a $40 per month fee just to be hooked up to “the grid”.

The article concludes, “Not only that, if they are going to give us 2.8 cents a kilowatt and then sell it for 13 cents, basically 17,000 Nevada homeowners built a solar farm for Nevada power. I don’t think that can be right.”

For those of you that think commercial solar power is the answer, take a look in your favorite Internet search engine. Enter this criteria: California solar farm gross polluter

On the first page, you will begin to see mention of Ivanpah solar farm. Yeah, solar power is a gross polluter. Why? Because they need to burn large quantities of natural gas. big solar big gas Ivanpah

As its name implies, the Ivanpah Concentrated Solar Thermal Power Plant in the Mojave Desert is supposed to provide renewable energy from the rays of the sun.

But on March 26, 2014, Ivanpah applied to the California Energy Commission and the California Air Resources Board to increase, from one to five hours, its auxiliary gas-fired boiler’s use of pre-warmed fluid for its steam generators.  Ivanpah generates power for about 12 hours of solar insulation each day, of which four to five hours are peak generation. Ivanpah is projected to generate electricity for 249 days each year due to cloud cover, desert windstorms, nighttime and other constraints.
Ivanpah morphs into gas solar hybrid

“The moral of the story? Expansive government is good at merely shifting environmental and economic problems around from one political constituency or region to another, while claiming it has solved such problems.”
—Master Resource article.

I recall seeing another story which stated that a solar farm in California was classified as a “gross polluter’ because they use too much water to scrub their solar panels. Sorry but I can’t find the reference to this story.

I did however find another solar related article.

A PV solar panel is not “pollution free”, just the opposite, it carries with it a very large carbon footprint and a trio of toxic emissions unique unto itself. A solar panel is a product manufactured by energy rich fossil fuels and lots of them, and that manufacturing process creates additional bad guys unique unto itself. Quote from Ozzie Zehner new book “Green Illusions”: “Not only are solar cells an overpriced tool for reducing CO2 emissions, but their manufacturing process is also one of the largest emitters of hexaﬂuoroethane, nitrogen triﬂuoride, and sulfur hexaﬂuoride, chemicals used for cleaning plasma production equipment, these three gruesome greenhouse gases make CO2 seem harmless. As a greenhouse gas, hexafluoroethane is twelve thousand times more potent than CO2, is 100 percent manufactured by humans, and survives ten thousand years once released into the atmosphere. Nitrogen triﬂuoride is seventeen thousand times more virulent than CO2, and sulfur hexaﬂuoride, the most treacherous greenhouse gas, according to the Intergovernmental Panel on Climate Change, is twenty-ﬁve thousand times more threatening. The solar photovoltaic industry is one of the leading and fastest growing emitters of these gases, which are now measurably accumulating within the earth’s atmosphere, recent studies on nitrogen triﬂuoride reports that atmospheric concentrations of the gas have been rising an alarming 11 percent per year.”
Go solar California Information

I’ve been hearing the praises of solar power since Jimmy Carter was President but it still doesn’t seem ready for primetime.

The truth is nuclear can be safer, cheaper, and more available but one Jane Fonda movie and some stupid government regulations ruined the industry.