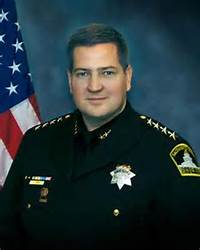 Often a political candidate makes exactly two decisions for his entire campaign; the first is to run for an office and the second is hiring his political consultant.

In the case of Sheriff Scott Jones, after much arm twisting and pleading, Jones agreed to run against Ami Bera in the 7th Congressional District.

The second decision—that of choosing a political consultant—is often a function of the decision making process.

Often candidates recruited by the Party are handed off to one of their loyal consultants. Republican consultants have proven track records of consistently loosing every two years but somehow it is never their fault.

The first thing to know about consultants is that once hired, they treat candidates as their employees. They tell candidates what to say or more importantly not say, where to go, how to dress, etc. Typically, from the date they are hired until after the election, consultants functionally lobotomize their candidates. Candidates fail to realize that the consulting firm is supposed to work for them. Consultants do what makes money for them, not what helps candidates to win.

The other thing consultants do is load balance their schedules. They calculate that half their candidates will not make it past the June election so they plan on loosing half their races. They then go to November hoping to win half that number. So a successful consultant has a seventy-five percent loss record with twenty-five percent victories. The loosing employees in June are the ones assigned to Jones’ campaign in November. Try that level of success in the private sector and see how long you would remain in business.

Since Jones will likely have no credible Republican opponent in June, his consultants have already decided not to do any campaigning until after the summer. It has been a month since he announced his candidacy and there is no one at his consulting firm assigned to his campaign. Posts to his campaign Facebook account and calls to the consultant’s office are all but ignored. As they are able, the consulting firm will respond—typically weeks later. The Jones campaign currently has zero people on the campaign staff. In addition, there are no plans of opening any campaign headquarters in the district. Clearly Jones’ campaign is on the back burner.

But never fear, things are even worse than I just described. Jones’ consulting firm has no clue about him. Jones won every precinct in Elk Grove when he ran against Jim Cooper for County Sheriff but his consultants didn’t know that. Like the Ose campaign before them, the consultants were planning to write-off Elk Grove and cede it to Bera.

Furthermore, the consultants have no clue who the influence makers are in the district. It’s just another job to them. How Jones got to be Sheriff or what base of support he may have from previous campaigns is beyond their ability to even investigate. They have their campaign in a box already figured out.

A friend described this to me as a “Groundhog Day” campaign. Repeat the same mistakes and expect a different outcome…sounds like insanity to me. Actually, both are true.

Lastly, there is no way that the RNC, RCC, or CRP will give Jones any meaningful financial support in the race. The national Party gets more bang for their buck in other states and has too many seats to defend in this cycle. Taking out an incumbent like Bera in a state like California is too costly to be achieved. The best they can hope for is pinning down some money that Bera would otherwise spend in other districts.

Thus Jones is being thrown under the bus; just more grist for the consulting class to chew-up in 2016 so they will be there in 2018 to do likewise to some other schmuck.

Scott Jones is a good man and deserves better.