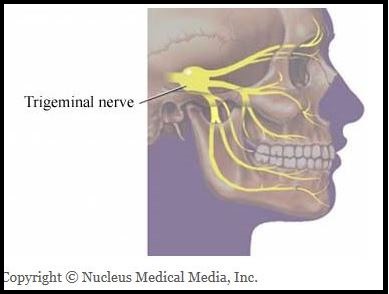 Thanksgiving Day we went to see relatives and enjoy a wonderful meal. After the wife and I got home, we stayed up to watch some television while the children were in bed. We went to bed about 11 pm. Since everyone was off on Friday we planned to sleep in and then see other relatives later that day.

I tend to be the lightest sleeper in the family and usually get up several times during the night. At 3:30 in the morning I woke up and started to head toward the bathroom when I heard voices coming from the kitchen. I headed out there and heard my sister on the answering machine.

“I need you to call mom and dad. I fell and hit my head on the bathtub. I can’t get up or get anybody else on the phone.”

At that point I was able to pick up the phone and talk to her. She told me that she had tried to call my parents and some other folks that she knows. Due to the crumby cell service in her area, she was unable to complete a call to anyone else. I knew she was scraping the bottom of the rolodex barrel if she was calling me. I promised her I would call my parents and get them to check on her. (They live 45 minutes closer to her than I do.)

I hung up the phone and called my parents. They headed over to check on her. My sister lives about 25 minutes from my folks so I knew they wouldn’t arrive until about 4 am.

After hanging up the phone I finally made it to the bathroom. It was then that the seriousness of the situation hit me. My sister is disabled due to something called Trigeminal neuralgia. This condition is caused by a blood vessel compressing the Trigeminal nerve.

Her situation is severe. My sister is on a variety of different pain medications and seems to be getting worse over time.

I was thinking of her, alone and hurting, needing help that due to distance, I was ill-equipped to provide. I really felt for her and began crying. I was surprised at my reaction but at the time I couldn’t stop sobbing. I went to my bed and started texting some people including my sister that lives in another time zone.

At four, I reached out to my parents via text messaging. (I didn’t want to tie up their phone in case they needed to call for some help for my sister.) They informed me that the gate to the subdivision where my sister lives was closed and they couldn’t get in. It was then I learned that they did not have a key to her house, they did not know her house number or street name and they didn’t know how to get thru the gate.
I know they have been to her place many times and that they are helping to pay for my sister’s place; but they had no info on her actual address! I suggested that they call the county sheriff for a welfare check or 911 as emergency folks could get thru the gate. They refused to do so. They told me this had happened once before and it was probably no big deal. I was told they would go home and then check on her in a few hours!

I’m sorry but such an answer was unacceptable to me. My sister made it clear she was in trouble and the idea that no one would check on her really made me angry.

I took a shower, got dressed and then headed over to check on her myself. I know that she had moved earlier this year and I only knew the subdivision where she lived but I was determined to resolve the situation.

We have a mutual friend that lives on the way to her place. I knew he could help me if he was home and not traveling on this four day week-end. At 5 A.M., I was knocking on his door. About two minutes later, he was at the door. I explained the phone call that I had gotten and he drew a map to my sister’s house.

I jumped into the car and was off to find my sister. When I got to her subdivision, the gate was open. One problem solved and now to find her house. I went to the street described to me by our friend. I couldn’t find the house he described so I parked my car and got out my flashlight and began searching for my sister’s car. It soon became clear that something was wrong. I couldn’t find her place. Then I got a text from my friend and he said it might actually be on this other street. I walked back to the car and drove to the other street.

I found her car right away and then knocked on the door. No answer. I walked around the little house and tried to look into the windows. No luck. I went back to the door and knocked again. I heard something inside and then my sister opened the door.

She explained to me how she had fallen off the toilet and hit her head on the bathtub and where else she had hurt herself in the fall. I visited with her for a while. Since I had a small flashlight, I checked her pupils and they were dilated about where I figured they should be for the amount of light in the room. She thanked me for checking on her and then I left.

On the way to the car, I texted everyone I had tried to contact and told them my sister was bruised but ok.

I made good time getting home and got Chick-fil-A breakfast for the family, arriving at home just after sunrise. It was almost time to begin my regularly scheduled day.