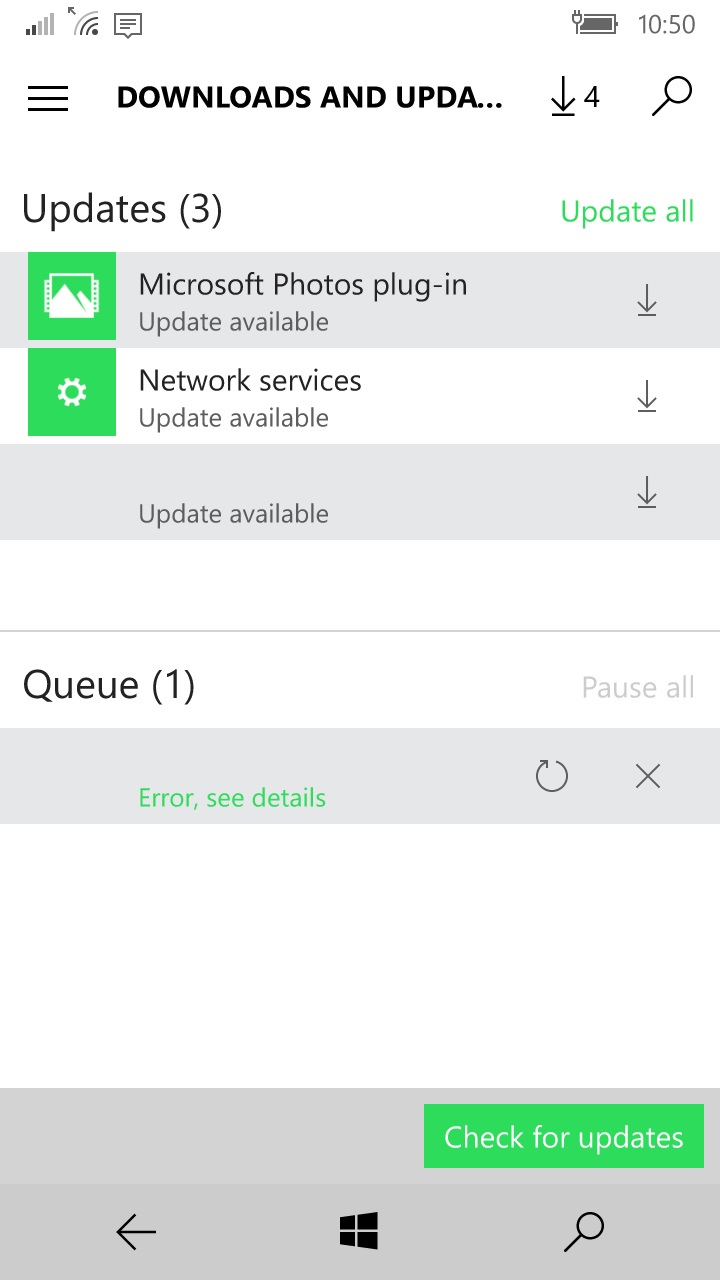 After reading the reviews on this Build, I decided that maybe I should again try running Windows 10 on my phone (Lumia 640). I tried running an older version last spring and uninstalled the software as soon as I could. It was a mess. The reviews on this build gave me just enough confidence to try it again.

A version of Build 10586 is supposed to be available to the public next week so the build is at or very near RTM. (Release To Manufacturing). I figured things were much improved so I started the upgrade last night on my way to bed.

Build 10586.11 updated smoothly. It seems faster and more responsive than Windows 8.1 I have yet to find any bugs or things that don’t work. The phone kept most of the settings for things that I use daily. Yes, a few apps were not compatible and are no longer listed as installed on the phone. I had five errors on apps but they were not things that I needed. I know at least two of the five were replaced by features in Windows 10.

Here was my punch list of things to adjust after the upgrade.

• Bluetooth was off and needed to be turned on when I got in my car.

• The Music app tile on my phone was not directly linked to my music library any more. I ended up removing it and replacing with the Groove Music tile. The Groove Music tile will often be the album cover of whatever song is playing. This is cool.

• Missing from my main screen was Data Sense. I was able to find a new one in Settings and added that to my screen. It retained my settings and usage numbers after the upgrade.

• Web pages that I had attached as tiles opened mobile versions of the pages when I expected to see full desktop versions.

• I had to re-pin the Weather app to my main screen.

After upgrading, do a restart of the phone and then check to see if there are further updates.

Two issues that I am aware of were causing problems for some users.

• First, the unified mail box was removed due to inserting a bug into phone performance for some users. I think this feature will be fixed and available soon.

• Second, Nokia’s Here Maps was disabled. Here Maps was recently sold to a consortium of European auto manufacturers and this might be a factor in the app being turned off. This should only affect people upgrading from Windows Phone 8.1 It is recommended to use Windows Maps. Mapquest, gMaps, and the regular map program all seem to be working.

The people app is still linked with Facebook. I thought this might break after upgrading since it no longer works on my Windows 10 desktop computer.

So far I’m a happy camper with this Build. Try it, you’ll like it.

After looking thru the phone further, I found that some items did not upload themselves. I have noticed no performance hit because of these. They might be relics that are normally hidden or not fully uninstalled.

Also, I had to delete my Hotmail account and set it up again to get it to sync.

Based on feedback from others, as a rule nothing Nokia related is likely to follow to Windows 10. Whether it works or not after an upgrade will probably vary for each user.

I don’t use Skype at all and rarely use Facebook but both ended up needing some love to insure they were happy. Skype, must be installed on you phone and not SD card. You may have to adjust you storage setting to get it to install. As you can see, I did have a few lingering problems. I have seen many fantastical claims on how to work thru these issues on the Internet but they are unproven and many involve resetting phone to factory setting. My problem with that is then why did I upgrade if I need to reinstall everything anyway?