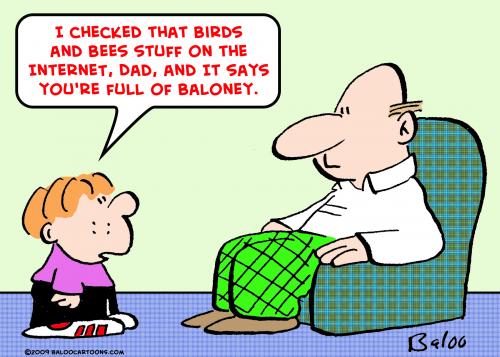 Yesterday was one of those awkward days for being a parent. I took my son to the Dollar Store to get stuff for his shoe box for Samaritan’s Purse. This is a great charity and I’m happy to support it. He is doing it as a school project.

While we were at the strip mall, I thought it would be a good idea to check-out the used book store across the parking lot. After looking around the store, he decided he wanted to get a book on mythology. Of course, this happened to be one of the few new books for sale in a place with thousands of used books.

I relented and agree to purchase the book for my son so we go to the counter to pay. Surrounding the counter are many new books for sale. At his eye level is a book that gets his attention so he asked me about it.

I said, “It’s about people that want to have sexual relations without consequences, but there is no such thing. It’s against God’s rules.”

Hoping I dodged a bullet on that one, we are starting to drive out of the parking lot as he looks at the table of contents for the mythology book. He then asks, “Dad, what’s rape?”

Not knowing where to start, I say, “It’s something that happens a lot in war. A bad guy will kill a man and then force the wife to have sexual relations with him; since she doesn’t want too, its rape. But sometimes it happens here in our country… It’s against the Bible… I think it’s one of the sins that can be punishable by death.”

I know he’s eleven now but I’m not in any hurry for him to grow up.