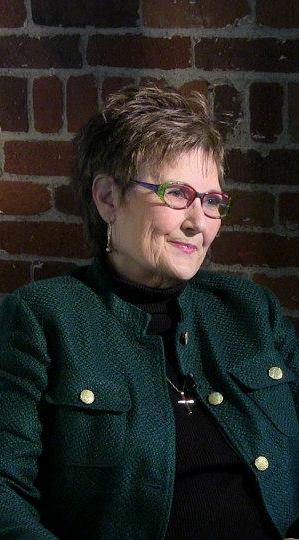 Karen Davis was busted for lying to federal investigators. The 2014 Tea Party Congressional candidate was arrested for making death threats against herself. Way to go Republicans. At least she did lose the June 2014 election.

Here is the news story
http://www.kcra.com/news/local-news/news-stockton/former-congressional-candidate-accused-of-sending-threatening-letters-to-herself/

Here are some interesting paragraphs from that document.

7 (only a portion of this section is quoted.) DAVIS stated that she has been the victim of similar types of activity in the past and didn’t know if the recent letter was related. DAVIS said that she moved to Lodi as a result of past attacks and threats. DAVIS told Officer BRISTOW that the only possible lead she could think of was a family known to her as the “Hunwardsons.” DAVIS believed that the “Hunwardsons” were associated with ROGER STEINER who was convicted of assaulting her and had been released from prison approximately (5) weeks ago.

8. On or about December 24, 2013, I interviewed Sergeant DOUG CHINN at LPD about Threat Letter #1 and his previous contacts with DAVIS. CHINN provided a copy of the police report filed by DAVIS regarding Threat Letter #1. CHINN advised that he was acquainted with DAVIS and had spoken with her on a regular basis during his visits to a Starbucks located at 21 0 N. Ham Lane in Lodi. Approximately 2 to 3 months prior to my interview, DAVIS asked CHINN about obtaining a concealed weapons permit. DAVIS told CHINN that she had been a public official in the past and had previously been assaulted due to her position. DAVIS indicated to CHINN that she was currently running for a Congressional seat and wanted a concealed weapons permit due to the previous threats on her life. CHINN related to DAVIS the process for obtaining a permit.

10. When asked if she contacted the police when she first opened the letter, DAVIS stated “no, they have not been very receptive to me in the past.” DAVIS related that she went to _the LPD In the recent past and attempted to obtain a concealed weapons permit. LPD did not issue the permit. (Remainder of paragraph omitted)

15 During her first term (1990-94) as Stanislaus County Clerk-Recorder, DAVIS reported to law enforcement being the recipient of several verbal and written death threats from individuals associated with the JURIS CHRISTIAN ASSEMBLY (JCA). The JCA was described as an anti-government extremist group opposed to paying income taxes. In or about January 1994, DAVIS reported to law enforcement that she was assaulted by two members of JCA in the garage of her residence. DAVIS told investigators that while she was being assaulted the subjects threatened to kill her if she did not comply with JCA demands regarding tax liens filed with the Stanislaus County Clerk-Recorder’s Office. DAVIS later identified ROGER STEINER from a photographic line up, as one of the two individuals who assaulted her. Ultimately STEINER and eight (8) other individuals associated with the JCA were charged and convicted of racketeering (RICO) charges following a federal jury trial in the Fresno Division of the Eastern District of California. STEINER was sentenced to serve approximately twenty-two (22) years in federal prison.

16 On December 26, 2013, I received an email from DAVIS which contained further information about the possibility that CLARK was responsible for sending the threat letter to her. DAVIS stated in her email that in 1995 her ex-husband DAVID MATHEWS owned an agricultural chemical company in Manteca, CA, called TRI-AG. CLARK was one of the owners. CLARK’s degree was in chemicals and agriculture. Her son, SCOTT MATHEWS worked there at the time and said that CLARK talked a lot about guns. If CLARK didn’t talk so much about bombs, guns and his common law beliefs, DAVIS wouldn’t even think of him with regards to CLARK possibly sending the recent threat letter. DAVIS further stated in her email that during the trial of the 1994 assault, there was a confrontation between her parents, her aunt and uncle and the defendants in a hallway at the court. She stated that it was clear that all of the defendants knew who her family was. DAVIS added that after the trial, she received a lot of mail from STEINER while he was in prison, some of which contained veiled threats. In the email, DAVIS further stated that, “all of us are concerned that Steiner has nothing to lose by bothering my family.” The clear implication of this statement in DAVIS’ email was that STEINER could also have sent Threat Letter #1.

The bottom line is that Davis lied about the 2014 letters and it now cast doubts that her 1994 story of assault was true. Did she send an innocent person to jail? In addition, this crime was done—at least in part—so she could qualify for a concealed weapons permit.