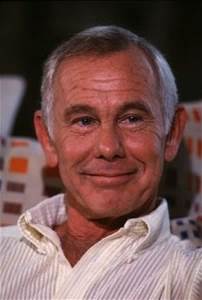 Many years ago, I saw an episode of the Tonight Show where Johnny Carson took the microphone into the audience to let them ask questions. This was rare for Carson to do. One man asked Johnny, “I know that you recently got a divorce. Can you recommend a good attorney?”
Carson responded, “No, but my ex-wife can.”

So far this week, we have been treated to two posts regarding lawyers on Aaron and George Park’s Right-On-Daily blog. CRA’s resident attorney was surprised when I rightly predicted that the letters he sent would be posted on Aaron’s blog. This seems to be their practice. Post the lawyer letters and then mock the senders for their weakness.

I was confident in my ability to rightly assess the Park brothers until yesterday. Two separate things happened that peeled back yet another layer to their behavior that I had failed to properly observe. The first was a scanned copy of a lawyer letter sent to Aaron Park last year. It arrived in my IN box yesterday. I don’t know where it came from but I know it is genuine. The second was an offhanded comment by the Sith Lord.

First the letter.
As northern California has swung more into the Democrat column, Aaron has turned his attention more to the south.  In 2014, Aaron became involved in the 55th Assembly race. This is a solidly Republican district. Aaron was hired by candidate Phillip Chen to help combat Ling Ling Chang. Ling Ling had better name recognition in the district. To counter Ling Ling, Steve Tye came into the race as a stalking horse candidate.  His presence in the race was at least in part to divert support from Ling Ling.

There is no active CRA chapter within this district so per the Bylaws; the endorsement vote was scheduled at the CRA endorsing convention held at Knott’s Berry farm. At the CRA Convention it looked like Ling Ling would win the endorsement until she was asked about abortion. She failed to give anything close to a CRA approved answer. As a result, many flipped to Phillip. Right before the vote, Aaron took to the podium to speak in support of Phillip Chen.

If you will recall, Phillip came up one vote short of endorsement on the second ballot. On the third ballot, I flipped from Ling Ling to Phillip and he was endorsed. As soon as Chen was pronounced as the winner of the endorsement, Aaron came over to me and said he owed me a lunch because I was the decisive vote. At that point I learned from Aaron that he was working for Phillip.

Part of “helping” Phillip was attacking Ling Ling on his blogs. In addition to Right-On-Daily, Aaron was also posting on OCPoliticsBlog.com; these posts resulted in a terse letter for Ling Ling’s attorney.

The post referenced in this letter was published on May 24, 2014. It contains an audio file that is supposed to be from Ling Ling and contains some colorful metaphors. The attorney letter was sent May 25, 2014 and then the original post was modified on May 26, 2014.

Update: Faster than an April data breach, Aaron deleted the Raging-Panda.wav audio file once he figured out that I was linking to the copy that he posted on his website on May 24, 2014. For now, the lawyer letter is still there. Oh and here is the audio file.

Sith Lord Comment
The Sith Lord said to me yesterday that he thought some of Aaron’s posts were missing. Just for fun I checked. What a shocker. As it turns out, Aaron is missing more parts than Bruce Jenner.

My only question was why?
The first thing that popped into my head was a lyric from an old Eagles song:

Either he is trying to do his version of Extreme Home Makeover: Blogger’s Edition or someone like Doug Ose finally found a barrister willing to crush him like a tiny insect.

Most posts are related to Igor Birman v Doug Ose but a few are related to CRA and previous legal fights with Karen England. We also know from his blog that he deleted one entry concerning Ron Givens.

Remember this quote from Aaron?

To that end – I can be retained at a quite reasonable rate or for “projects”. I assume you’re both familiar with my work (ask Doug Ose or Meg Whitman how effective it is)…

Why delete your manifesto?

Below is a partial List of deleted entries.
Some URLs are good and some are broken but might be found elsewhere on the Internet. Reading the titles will give you a feel for the subject matter.

In the far right column of his blog is a list of months and number of entries. This is a comparison of now versus then. It shows a net change of 76 entries From December 2009 thru May 2014. Any changes within the same month would not be included in this total.