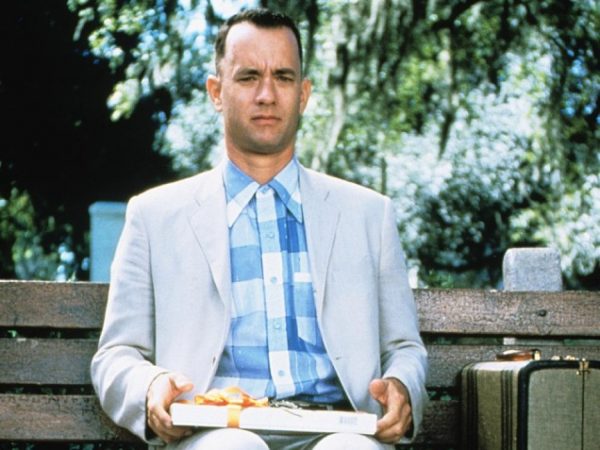 I was minding my own business today and decided to read my email. Typically, Sunday is a slow day for news but wow! What my friend sent me was a bombshell. After reading it, all I could think of was the line from Forest Gump, “Stupid is as stupid does.”

What the email contained was just as ridiculous as the idea of giving 7th century barbarians supersonic jets and nuclear weapons; …but enough about Obama’s foreign policy.

It was the vote totals for the online vote to approve the Briscoe/Park delay and witch hunt committee. Depending on how you count it, the vote result is somewhere between 28 to 32 Yes votes and 28 No. The variance is due to four folks voting and then resigning from the Board before the voting period closed. A question has been raised if votes by people no longer on the Board should be counted.

The vote totals were announced by Tom Hudson as 32 Yes, 28 No. Hudson, who is not even president yet (Briscoe’s resignation date has not happened yet), has decreed it to be so.

The practical effect of this vote is that CRA will not inform authorities or the five Ventura folks that their data was posted on the Internet because this has now been classified as an email rumor that needs investigation and verification.

I am asking for your Yes vote to approve a committee which will have full authority to investigate any and all allegations in email/blogs published/sent Friday, April 17.

Serious allegations have been raised both regarding the content and proprietary information used in the emails by the authors. This committee’s work will not be limited to Friday’s allegations but wherever else their investigation may lead from the allegations.

The committee will be charged to report to the entire CRA board at the next board meeting the results of their investigation to date. By passing this, the board directs all CRA units, board members and others associated with CRA to provide whatever records or documents that are requested by the committee in a timely manner. This committee is not intended to circumvent any other pending board action.

The following board members shall be appointed:

This committee is designed to remove the data breach as an issue between now and the May meeting.

The other day a Board member told me that the Board can’t act between meetings only the President. Well I think they found a way. As a result of this vote, not just individuals can be held liable for what happened but now the entire Board has put themselves on the hook for this release of private information.

The facts are in dispute and John Briscoe is in the process of appointing a committee to investigate the facts and report back to the CRA Board.

John Briscoe has not refused to comply with California law—and at this point, we do not have the facts to support the assertion that any laws have been broken.  We’ll see.

The good news is that everyone is taking this very seriously and I think we will get to the bottom of it fairly soon.

Misters Park, Park, Briscoe, Hudson, et al., The fact is that personal information of five members of Ventura Republican Assembly were posted on the Internet for just over seven days; From April 17 to April 24, 2015. It is the FACT that the information was released not why that is the issue.

CRA released private and personal information of members simply because they paid their dues to Ventura RA. They had an expectation of privacy when they paid their dues. Their private information was released. Such a violation is not limited to release on the Internet. For whatever reason, CRA lost control of the information, it was compromised. This triggers the statute. This is a fact.

Mister A. Park, got the information from G. Park—who happens to be the statewide Membership Secretary of CRA and the brother of A. Park. This is a fact.

Furthermore, said act of releasing personal information has been reported to the FBI, Attorney General of the State of California, and local law enforcement. Some media outlets are also aware of this situation. This too is a fact and one that CRA does not take seriously.

One of my sources-that also was going to report this incident to law enforcement—says that per statute, CRA is facing $5,000 per day fines until the release of information is reported to authorities. At that rate, ya’ll will be approaching a quarter million dollar fine by the May 30th Board meeting. I hear the Treasurer is good but you might need a good attorney by then.