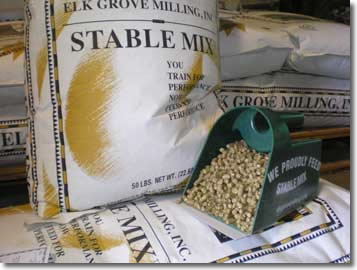 On August 13th, a man died after a forklift rolled over and trapped him. Video of the story can be found at this URL. person trapped under forklift in elk grove
“The man who died after being pinned under a forklift early Tuesday is Armando Estrada, a 42-year-old resident of Sacramento.” forklift accident results in fatality  I’m sorry that the man died but I am not surprised.

I briefly worked at Elk Grove Milling many years ago. Here are some of my recollections.

On my first week on the job, a worker got his right arm caught in a screw conveyor. He had multiple compound fractures from his wrist to his shoulder. His arm was almost severed in at least three places. He lost so much blood that the injuries were no longer bleeding. I helped administer first aid to him.

It took firefighters more than 30 minutes to arrive. After a long stay in the hospital he was finally released. I saw him a few months later. He had his arm is some sort of primitive looking brace with steel pins going thru his arm to try to get the bones to heal and align properly. Based on the extent of the injuries that I saw, his arm will never be the same.

As a result of that incident, I was asked to do a safety survey of the site. I documented many safety violations and potential hazards. I included photos of the problems that I noted along with a narrative of what needed correction. To my knowledge none of the problems that I found were ever corrected…at least not in anything resembling a timely manner.

I know that other industrial accidents had occurred at Elk Grove Milling prior to my employment there.

The Elk Grove Milling facility is a patchwork of uneven concrete slabs with conduit and anchor bolts sticking out of the concrete. Some of the unused equipment is still in place instead of being removed. Exposed wiring and open electrical panels are also in abundance on the site. Electric motors without guards can be found in various placed. Ladders without correct cages and landings were easy to spot during my time there. In addition many of these hazards were covered in dust and hulls from the milling process. Portions of truck and forklift routes are on uneven dirt and gravel roads.

Elk Grove Milling makes various types of pelletized horse feed. The ingredients for this feed are lying on the ground in a warehouse that is partially enclosed. The building also has some holes and other penetrations where wind, rain, rats, and other things can easily get into the ingredients. Ingredients are separated by primitive dividers that keep them from mixing too much while in storage. Excessive moisture causes some ingredients to cake-up. As a result of moisture, mold and mildew can be seen growing on the surface of many ingredients later added to the horse feed. Batches that are returned by customers or fail quality control are mixed with fresher ingredients and recycled into even more horse pellets. Excessive moisture in the finished pellets sometimes cause problems for customers.

Not surprisingly, the owner would occasionally field calls from people that accused the horse feed of killing their horses or making them very ill. On more than one occasion I heard the owner on the telephone vociferously denying these accusations.

Bob, I think a world of hurt is about to rain down on your livelihood.