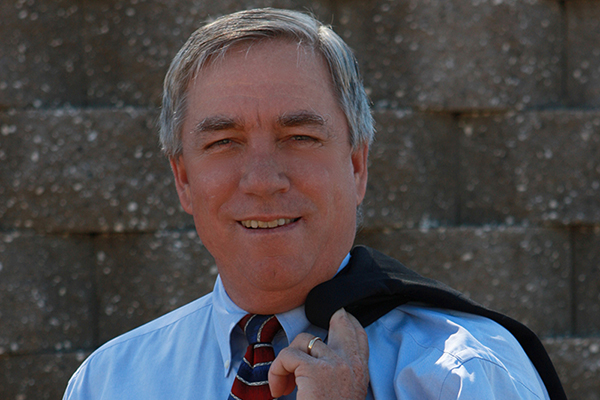 Former Congressman Doug Ose—who is considering entry into the CD-7 race—was the recipient of a preemptive strike from a coalition of leaders from Tea Party groups and local CRA chapters.

Below is the text of their letter:

It has come to our attention that you are considering running for Congress in California’s 7th Congressional District. We have also heard that you do not want to see a “bloody primary” for the Republican nomination.

We agree. That’s why we are writing today to encourage you not to run in CA-07.

While we respect your commitment to public service, your record in Congress would leave us no choice but to actively oppose your candidacy should you decide to run.

As you know, your record in Congress was not conservative. Below are just a few examples of your Leftist stand on issues that conservatives find unbelievable from a professing “Republican.”

•    You also showed hostility to reducing the tax burden on American taxpayers by joining with Democrats to try and reduce tax relief. (Vote #75, 1999).

These are just a few of the votes that give us concern about your record and more importantly, how you would vote should you somehow get elected to Congress. It’s vitally important that Ami Bera is defeated next year. But it’s even more important that the voters elect a Congressman committed to protecting taxpayers and reducing the size and cost of the federal government. You are not that man.

Your record indicates you do not share the principles we hold dear: fiscal responsibility, constitutionally limited government and free markets. That’s why, should you decide to run, we intend to unite to oppose your candidacy and ensure that the Republican nominee is someone who is committed to fighting for these values.

local conservatives urge ose to stay out of the elections

I am surprised that such a letter has surfaced this early in the 2014 election cycle. Traditionally, announcing candidacy happens in the fall or winter. The earlier time frame is due to the top two election that has replaced political primaries in June and trying to deter candidates from getting in the race by stuffing war chests with campaign loot early so others will be less interested in jumping into the race.

Of the Republicans interested in CD-7, I know Ted Gaines is out, Elizabeth Emken is in. Igor Birman will likely announce in August or September and Doug Ose is testing his level of support.

I view Ose as the proverbial 800 pound gorilla if he gets in. He has enough personal wealth to be a formidable candidate. His previous incumbency is also an advantage. I think he could siphon votes from Ami Bera; something the other two will have difficulty doing. In previous campaigns Ose has proven to be a street-fighter and he will turn Emken and Birman into roadkill if he can.

In his previous time in Congress, Ose and I have had been both opponents and allies. I rarely agree with him on social issues but I regard him as a man of his word and can count on him to have his deeds match his words. Were he to get in the race, Ose would make it to November. I think he can beat Bera.

I have heard Birman and Emken both speak and I think they will have difficulty connecting with the “low information” voters which are legion in this district. Birman channels Ronald Reagan very well but to this self absorbed generation themes like freedom and liberty will have little traction at the ballot box. Emken has one issue, Obamacare, but since this is the law of the land in California with or without President Obama, I think she will lack a broad enough appeal to a populace that thinks healthcare and education should be free to the masses and paid for by someone else.

If Birman’s boss, Tom McClintock, were to actively campaign for him that would be a game-changer. However, McClintock typically avoids helping to elect fellow Republicans. Occasionally Tom will give someone an endorsement but he is not known for providing campaign resources. Just ask Dan Lungren or Peter Tateishi or any other candidates in Tom’s backyard. McClintock is missing in action when it comes to California politics. Tom has the right Conservative words but I have yet to see the deeds. Will the fact that Ose tried to run against him be enough for McClintock to engage in the race? Unfortunately for Birman, probably not.