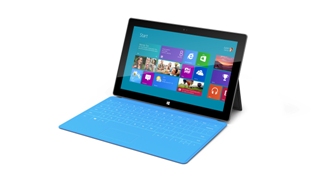 Microsoft recently unveiled some prototypes of a Windows 8 Tablet called Surface. The devices are interesting because they bridge the divide between Tablet devices and laptops. They are faster than the Apple or Android counterparts and run more programs. The Intel version will run Office and most other programs that you can run on your desktop machine but in a portable format. They come with a physical keyboard as well as touch capability. They will support a midgrade CPU and solid state drive.

The Surface computers will make tablets mainstream and not just toys with email and GPS capability. The only concern I have is with the rumors that these tablets will be wifi but not 4G capable.

The tech press is divided into two camps on these Surface prototypes. One group says that Microsoft is just trying to push their hardware partners into going forward with a tablet design that is beyond what is on the market now while the others say that Microsoft needs more products for their Microsoft Stores. The wifi only capability gives some credence to the camp that believes the Surface devices are only prototypes and not the actual Windows 8 tablets that will be commercially available.

The almost simultaneous advent of Apollo (Windows Phone 8) will be an interesting twist to the roll-out of Windows 8. Microsoft is clearly pushing for a unified experience that is scalable from the smallest to the largest consumer computing experience. Both Operating Systems will be able to run virtually identical applications on either platform. Apollo is Windows 8 light and both share similar programming code.

Microsoft has a golden opportunity to reign in Apple and bring competition to hand held devices. Apple can’t thrive in a competitive market because they are not willing to drop their prices beyond a certain point—even in the face of competition. Apple historically will always take shareholders over market share. The boys in Redmond might be late to the party but they will be formidable once they join the battle this fall. If the press conference is to be believed then look for ARM devices in October and Intel ones around Christmas.