Well, score one for the Park Brothers. In an email on April 5, 2011, Aaron Park fired off an email about Ron Givens. Givens recently joined the Sacramento Republican Assembly as their membership director.

This year I was asked by our Chapter President, Tim Snipes, to serve as Membership Director and was unanimously elected to that post.  I am thrilled to be a servant in Sacramento and have brought 17 new members to the SRA in just the last few weeks, many of whom were registered as DTS and have joined or re-joined the Republican Party.  I will continue to grow our membership using the same transparent means that I live out in life: Honest communication and sharing the vision of what it means to be an Authentic Conservative. http://rongivens.com

In Park’s email, the meat of the issue can be summarized in two excerpts. The first reads:

Ron Givens took a Democrat ballot in 2008 as a Decline-to-State Voter and did not register Republican until late last year (September 21, 2010), according to my sources.

Later Givens fired-off a rebuttal that reads in part:

Like many conservatives, years ago I was disgusted at the leftward drift of the Republican Party, and that disgust lead me to register as a Decline To State voter for a couple of years.  During this time, I supported conservative candidates and causes, and was extremely active in the Yes on 8 campaign.

In 2008, Rush Limbaugh coined the term “Operation Chaos,” encouraging his DTS listeners and Republicans in open primary states to pull Democrat ballots in the Presidential Primary and vote for Hillary Clinton – because by that time it was apparent that our presumptive nominee, John McCain, would fare much better against Hillary than Obama.  That is exactly what I did.

I researched Operation Chaos and it appears that Givens has a problem with his explanation.

In late February 2008, Limbaugh announced “Operation Chaos,” a political call to action with the initial plan to have voters of the Republican Party temporarily cross over to vote in the Democratic primary and vote for Hillary Clinton, who at the time was in the midst of losing eleven straight primary contests to Barack Obama. Limbaugh has also cited the open primary process in the early primary states of New Hampshire and South Carolina, which allowed independent voters to cross over into the Republican primaries to choose John McCain over more conservative candidates (such as Fred Thompson), as an inspiration.—Wikipedia

Operation Chaos began at the end of February 2008 and was in full swing in March. However, California’s Presidential Primary took place Tuesday, February 5. http://www.calvoter.org/voter/elections/2008/primary/index.html
This was weeks before Operation Chaos was launched. There are no articles on Google that I can find that Operation Chaos even existed prior to February 26, 2008 and most assuredly it is never mentioned in connection to the presidential primary in California.

California did not have an open primary in 2008, but DTS voters were allowed to vote in the Democrat primary. The reasoning offered by Givens does not seem to agree with the chronology of historical events.

Also worth noting is that Givens registered as a Republican on September 21, 2010—at the same time Meg Whitman’s poll numbers are in decline and days before “Nannygate”. As a DTS, he can vote for anyone in the General so why change his registration now?

Park’s second point is that Givens is not just soft on crime, he embraces and excuses criminals.

Recently, I learned that Ron Givens—a candidate for CRA Sergeant-at-Arms, backed by Karen England—is a leader in the organization called UNION, a prisoners’ rights advocacy group that lobbies for alternative sentencing, reduced sentences, loosening sex offender laws, overturning Three Strikes, elimination of the death penalty for murderers, and the like. View their website here: http://www.1union1.com

According to a post on the American Chronicle—http://www.americanchronicle.com/articles/view/154128.  Ron Givens is headed out on a tour of New Zealand to speak against their proposed Three Strikes law, which Conservatives are proposing for that country.  Quoting the post: I agreed to send Rev. Ron Givens, one on our most dynamic UNION members, to tell them about the absolute financial and humanitarian destruction that the Three Strikes Law has caused to our State. . . Rev. Givens will begin a rigorous speaking tour in New Zealand on May 12 bringing the stories of how the law passed based on lies and he will be sharing letters written by our UNION families and professionals about the injustices that took place in their cases.

Interestingly, Givens has never denied his involvement with UNION or the trip mentioned in the article quoted by Park. It is difficult to do so since both the American Chronicle article and Givens own website feature the same photo of him. 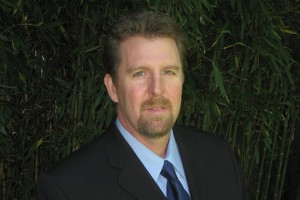 f you do a search of Givens biography, it states that he has been involved with the prison chaplain program and is often called “Reverend”. The seminary that he attended is an extension of Capital Christian Center. It is called Capital Bible College. Capital Bible College graduates of the Bible and Ministries program meet the educational requirements of the Assemblies of God denomination. “Licensing and ordination is also available through other recognized denominations and ministerial associations. Graduates have met all or part of the license and ordination requirements for: Church of the Foursquare Gospel, Calvary Chapel, Christian Evangelistic Assemblies, Wesleyan Methodist, Evangelical Church Alliance, and others.” http://capchrist.edu/?page_id=17 Givens does not list any denominational affiliation on his website nor does he claim to be a practicing minister in any local congregation. Assembly of God ministers are usually called “Pastor” not “Reverend”.

How this education ties in with Givens embracing UNION (United for No Injustice, Oppression or Neglect) is something that he does not disclose on his website. This group appears to be a fringe Liberal special interest coalition.

We must combine all humanitarians into one voting group, whether the issue is sex offender laws, medical neglect, prison brutality, three strikes, mandatory minimums, objection to the death penalty, legalizers, homeless advocates, schools not prisons folks, and those who object to abuse of foster children because one group alone is too small to generate the necessary crowds to gain clout and recognition. –UNION website

This group is not Prison Fellowship Ministries. It does not advocate the gospel of Jesus Christ as Charles Colson’s group does as a solution to break the cycle of crime and redeem the criminal. Prison Fellowship differentiates between property and violent crimes and has some non-conventional ideas that are different because they are derived from Scripture. It advocates restitution while this is not stated as a core value of Givens’ group. UNION is not a victim’s rights group. It is a criminal rights group.

I have been involved in a many parts of the Church and I have never encountered a consistent unified worldview that can accommodate UNION, Republican, Proposition 8 and conservative in the same breath. While some Catholics view Life as the most important value and some of their views get close to some points of UNION, Givens is a Protestant and only those embracing the “Social Gospel” at the expense of the Gospel of Christ would throw-in with UNION. I just don’t get it.

As for the three strikes laws, I did some research and Givens is definitely nibbling at the margins.
California’s prison population as of December 2009 was 168,830. California prisons held 32,439 2nd Strikers, and 8,570 3rd Strikers (approximately 41,000 inmates). http://www.cdcr.ca.gov/News/docs/CDCR_Year_At_A_Glance2010.pdf So Givens is flying to New Zealand to decry the injustice of 5 percent of the prison population being incarcerated for a third strike. In the old days we called these fellows three time losers. Some folks just can’t follow the rules.

It just seems incongruent for Givens to be calling himself a conservative Republican. On his website he claims, “I am pro-life.  I am pro-family.  I am pro-2nd Amendment.  I stand against big government.  These are not new convictions, I have held them deeply for years.” I’m just not sure what definitions that he would attach to his claims. IS UNION his idea of standing against big government? Is the Second Amendment there so we can be protected from the prisoners that UNION helps get released back into our neighborhoods?

Earlier I quoted his website where he claims “… sharing the vision of what it means to be an Authentic Conservative”. I don’t know what he means by “Authentic Conservative”. The folks that I run around with never use that term. I ran it thru Google and came up with Andrew Sullivan, Patrick J. Buchanan and Mike Huckabee. These guys cover a lot of ground. Of the three, I think he means the Huckster.

We know the unions in California have threatened to play in the Republican elections in the 2012 cycle. If I was to execute the plan they have announced I would recruit folks like Givens and start placing them in GOP groups in the off year so all my pieces would be in place for the 2012 cycle.

Is Givens a prototype sleeper or just an enthusiastic newbie? In my book he has two strikes right off the top. Operation Chaos had nothing to do with his vote in February 2008 and his affiliation with UNION is very troublesome.

Update 04-12-2011
A Republican that I respect has contacted me about Ron Givens. He says Ron is a “solid conservative” that occasionally is dissatisfied with the Republican Party. He also verified that Givens did work for some Republicans in the last election cycle.