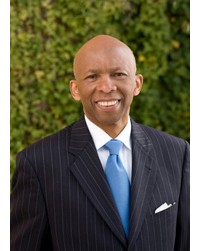 Abram Wilson is missing in action. The repeat candidate for Assembly District 15 has been harder to find on the campaign trail than a ham sandwich at a Bar Mitzvah. When his name has come up in conversation, it is with the same love and affection that Southerners still have for General Sherman. In fact Wilson has probably burned more bridges in the last two years than the civil war general did in his march to Atlanta.

Wilson has burned bridges not only with the volunteer base but with other candidates as well. Some candidates are not even willing to share resources with him because his campaign has “dissed” them too.

Wilson is the only Republican candidate in Sacramento County that still has not received an endorsement from the California Republican Assembly. This is due to the fact that Wilson still hasn’t forthrightly answered any questions on his opinion of the Life issue. The fact that he will not say that he is a Republican on any of his campaign literature hasn’t helped either.

On paper, Wilson is a great candidate and should win handily, but he keeps surrounding himself with Bay Area Elitists that have no use for Conservatives and grassroots politics. Since this is his second try for the AD 15 seat, one can’t help but wonder if his campaign supporters are just a reflection of his values. Wilson has shown no growth as a candidate and is even less engaged in campaigning than he was last time.

My friend—the Sith Lord—sat next to Wilson at the SCRP BBQ last weekend. This is the fourth time Wilson has spent time with the Sith Lord in the last two years and Wilson has yet to even say hello to him.

The scorched earth treatment given to many Republicans by Wilson and his team seems to stem from the fact that many of us thought Robert Rao was a better candidate in the 2008 primary; even after we worked for Wilson in the general election. Give Wilson’s lack-luster performance in both election cycles, I hope Rao will be on the ballot in 2012.