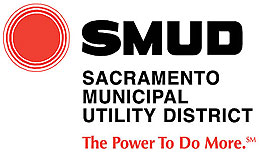 I’m always on the look-out for new blog material. Today’s came from an off-handed comment at a meeting I attended last night. It regards California’s Proposition 16. This ballot measure is to require a 2/3 vote to allow local municipal power service to expand coverage. The comment was basically that my friend’s attorney read the insert in his SMUD bill was shocked about what this measure would do. Based on his friend’s reading of the NO on 16 flyer inserted into his utility bill, this is how he should vote.

I didn’t want to offend this person so I just kept silent. Instead I am composing this blog post.

Friend, I hate to be the bearer of bad news but… Your utility, the Sacramento Municipal Utility District (SMUD) is the cause of Prop 16 in the first place. If you will go back a few years, they are the ones that tried to gut the PG&E holdings in Yolo county and annex them—eminent domain—the infrastructure and ratepayers of West Sacramento, Davis and Woodland. SMUD was willing to take the “low hanging fruit” and leave the rural customers to PG&E.

In such a scenario, the ratepayers in Yolo might have seen a rate reduction. SMUD can only be competitive on an economy of scale when there is a high concentration of ratepayers and a minimum of related infrastructure. Rural PG&E customers would have seen an increase in their rates had this hostile takeover occurred.

To me the interesting part of SMUD and their flyer was my utility bill. My electric bill was abnormally low this month from what it should be. I am positive that SMUD cut the billing cycle short so they could send me a smaller bill and get out their political mailer ahead of the June primary. This subliminal message was we give you low utility bills so keep the status quo, vote NO on 16.

Prop 16, is PG&E’s idea for self defense. If you will recall, this is what happened in the case of SMUD’s aborted annexation of most Yolo county ratepayers. A move was made to let people vote on it. This electoral slapdown was not anticipated by the SMUD Board.

SMUD has gone from being a net exporter of electricity to a net importer of it. With the collapse of the housing bubble, AB-32, and government regulations and taxes, SMUD seems poorly positioned to continue providing the lower rates they once did.

Prop 16 might be stacked against SMUD but if SMUD was producing its own energy and not relying on gimmicks like “green energy” and mercury laced light bulbs then Prop 16 would be irrelevant to their customers.