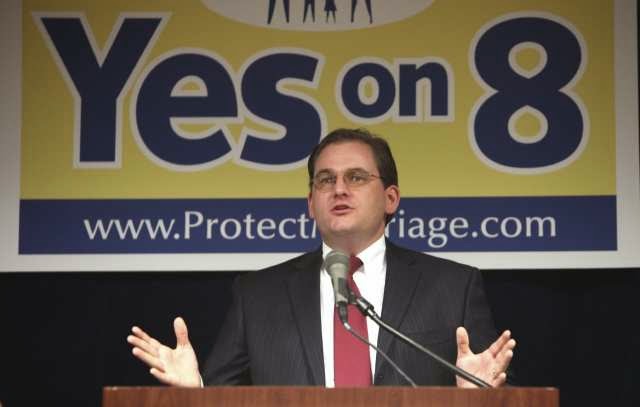 Romans 12:3
“For I say, through the grace given unto me, to every man that is among you, not to think of himself more highly than he ought to think; but to think soberly, according as God hath dealt to every man the measure of faith.” –Paul the Apostle

Luke 14: 10-11
“But when thou art bidden, go and sit down in the lowest room;  that when he that bade thee cometh, he may say unto thee,  Friend,  go up higher:  then shalt thou have worship in the presence of them that sit at meat with thee. For whosoever exalteth himself shall be abased; and he that humbleth himself shall be exalted.” –Jesus Christ

Meekness
Theologian John MacArthur has a lesson about meekness posted on the Internet. It can be found here:  http://www.biblebb.com/files/mac/sg1923.htm. Below are three quotations that will give my readers a flavor of his argument.

“A common dictionary definition of meekness is “a deficiency of spirit.” However Galatians 5:22 refers to meekness as a fruit of the Spirit. When true meekness is produced by the Spirit of God, it is a valuable virtue. Yet the world tends to misperceive it as cowardice, timidity, or a lack of strength. That’s not how the Bible defines meekness.”

“Meekness is a by-product of humility. If we’re to walk worthy as exalted children of God, heirs of the kingdom, and inheritors of all spiritual blessings in the heavenlies, we must be meek.”

“Since anger is not absent from a meek person, we could say that meekness is power under control.”

I normally don’t begin a blog quoting Scripture but in this case it is exactly the starting point for discussing my feelings in the campaign for California’s 5th Assembly District. Why because it is through the prism of Scripture that a Christian is to look at the world around them. We aren’t just supposed to have a little corner of our life that we reserve for God. A Christian is to be transformed by the renewing of their minds to be a reflection of God’s glory. Romans 12:2 “And be not conformed to this world: but be ye transformed by the renewing of your mind, that ye may prove what is that good, and acceptable, and perfect, will of God.”

Based on the quotations cited above, I think I am on safe ground to assert that a follower of Jesus Christ should exhibit both characteristics. Christians are to be humble and meek.

Ok. So what does this have to do with the AD-5 race? Actually quite a bit. The two main candidates in AD-5 Craig Deluz and Andy Pugno both proclaim their faith in Christ in their own very different ways. While I make no pretense of judging the fate of their souls, I do plan to compare the fruits borne in their lives as it relates to the campaign. (Susanne Jones, the third Republican candidate in this race, will be glad to know that she is not written about in the balance of this article.) In the interest of full disclosure, I have known both men for many years first by reputation and then personally.

The style of both men is very different. That in a way is what prompted me to write this piece. The other day I was minding my own business, just checking my Facebook page when I saw a link to a video that was posted by Craig. I took a look at the first half and then shut it off. I was angry. This article is me venting as a result.

What I saw was a tape of a candidate forum hosted by Republicans of River City in early March. It was Andy Pugno’s first ever appearance as a candidate. For Deluz on the other hand, this was just another speaking opportunity in yet another campaign. The day before the video was posted; Deluz had just had his clock cleaned by Pugno on a candidate forum on KTKZ radio; ironically on a program for which Deluz used to be a frequent guest host. The Facebook video appeared to me to be petty retribution to take Pugno down a few notches in the eyes of Deluz’s supporters.

In the early stages of a campaign, candidates often appear at events sponsored by friendly groups to get practice in public speaking. For Pugno, this was exactly what the River City event was for him. Deluz knows this and his twisting of this for propaganda purposes was below the belt.

The premise of this whole video is to prove that Deluz is a better speaker than Pugno. Deluz is certainly full of more BS than most folks but a multitude of flowery words rings hollow after a while. Isn’t that really our chief gripe with politicians? They tell us what they think we want to hear and then do whatever they damn well feel like after they are elected.

Deluz bases his qualifications for candidacy on three things: One, he works at the State Capitol so he knows the system; Two that he has run for more offices than his opponents; Three, that his relationship with God makes him the right person for the job. Below I wish to match up both candidates against Deluz’s criteria for electability.

Government Experience
Craig Deluz studied business at Chico State. His self published biography is silent on whether he actually graduated for the school. Presumable he has a Bachelor’s degree. He has worked for years under the dome in Sacramento. Currently, he is a deputy Chief of Staff for Assemblyman Kevin Jeffries.

Andy Pugno graduated from UC Davis with a double major in Political Science and Spanish. He then went on to study at McGeorge School of Law. He was Chief of Staff for Senator Pete Knight—author of Proposition 22—California’s first ballot measure to protect marriage. Later he went into the private sector as an Assistant City Attorney representing several Sacramento area cities. This where I first met and worked with Andy. I had known of him since his days as President of the Davis College Republicans. Andy left the law firm and started his own practice. His highlight in private practice is his work as Chief Counsel for Proposition 8. He did all the legal work that Judge Kenneth Star used to argue and win the case when Prop 8 went before the California Supreme Court.

Running for Office
Craig Deluz has run for school board, city council, county supervisor, county central committee and now State Assembly. For Craig, being in the battle is the measure of his service. Of these offices, Deluz has only been elected to school. Currently he is filling an appointed position as an ex officio alternate on the Sacramento County Republican Central Committee because he lost his last time out. Several years ago, he was elected president of the Sacramento Republican Assembly.

Deluz is a member of the Robla School District. This district consists of five elementary schools and a pre-school. The total budget is 15 million dollars. (The roofing company that I used to work for as bookkeeper had a larger annual budget.) This is his crown jewel of electoral victory in more than ten years of running for office.

So how has this campaigning dynamo done in the fundraising department? After all money is the mother’s milk of politics.

With less than two weeks to go until Election Day, Deluz has not reported enough money to even have his campaign statements posted on the website of the Secretary of State. The reporting threshold is $50,000.

Andy Pugno—the rookie candidate in his first race—was able to loan himself enough seed money to pass the same reporting threshold needed to be posted on the Secretary of State website last fall. In fact he has raised over half a million dollars for his campaign.

Show Me Your Faith
Since declaring his candidacy for State Assembly over a year and an half ago, Craig Deluz has been trotted out by supporters at several events to open meetings in prayer or ask God’s blessing on meals. Craig delights in these opportunities to show people his faith by his words. One supporter told me a year ago that Craig was the most godly politician she has ever known.

The one issue that Craig seems unable to reconcile is the relationship between Christianity and politics. The thought that your faith should affect how you treat others, especially those whom you disagree with politically seems to need improvement. Craig and those he has surrounded himself with tend to go in the direction that those that aren’t for me are against me. Often what results is a “scorched earth” treatment of those of different opinions. The Deluz faction takes disagreement very personally and does not understand that differences in policy are natural amongst people, even those that might totally agree in other areas.

This is the opposite of what is needed in politics. Ronald Reagan built coalitions based on issues and ideology. He did not compromise his values to get his agenda passed. He did it by finding agreement amongst people that may have had nothing in common but the one thing Reagan wanted to pass. He respected his opponents. He was meek.

Lastly, it is ironic the Craig Deluz—the paragon of evangelical Christianity—does not mention his faith, his denomination or even that he goes to church in the biography on his campaign website.

Andy Pugno is a meek guy that is not used to trumpeting his accomplishments to the world. So by what standard should Andy’s faith be viewed? Ironically, I am going to review this Roman Catholic by the standard set by Martin Luther.

If I profess with the loudest voice and clearest exposition every portion of the truth of God except precisely that little point which the world and the devil are at that moment attacking, I am not confessing Christ, however boldly I may be professing Christ. Where the battle rages, there the loyalty of the soldier is proved, and to be steady on all the battlefield besides, is mere flight and disgrace if he flinches at that point?

Craig Deluz gives lip service to these issues and values but what has he done? We don’t know. He is not shy about speaking-out but I have never heard the answer.

Epilogue
Please don’t think that I hate Craig. I have repeatedly told him in person that I would be happy to support him in some other cause but not this Assembly race. I have spoken with others about Craig and the consensus is summarized in the two points outlined below.

First by running, Craig is in danger of becoming the perpetual candidate that has run and failed so many times that no one will take him seriously any more. I hope Craig does not become the Pat Paulsen of Sacramento politics.

Second, Craig is better suited to become the community leader that he thinks he already is than to be a candidate. I think after this race Craig should take time for some soul searching and find where God would have him serve. I think Craig could be a lobbyist for some core value group that needs representation. He needs to learn how to get stuff done for the cause not just give a good speech about an issue. Once he finds his niche then he can work to get others elected. In short, quit trying to lead and learn how to serve others.