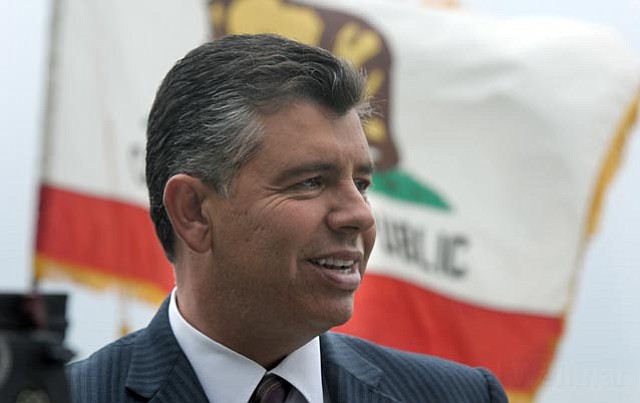 In the wee hours of the morning, Republican state senator Abel Maldonado finally caved to pressure from Democrats and cast the deciding vote in favor of the pathetic budget deal hammered out by Arnold Schwarzenegger and Democrat leaders. Maldonado traded his vote for one change to the budget and a pyrrhic dream of political reform. Maldonado swapped a twelve cents a gallon gasoline tax for an increase in personal income taxes and some hoped for federal money courtesy of the Obama bailout. He also got Democrats to reluctantly allow a ballot measure for open primaries to appear at a future election.

In reality, all Maldonado did was kick the budget can down the road a year or two. No structural reforms were implemented. All he did was allow taxes to be raised in the midst of a recession that is much deeper in California than in the rest of the country. This will make any hope of recovery in California much more difficult due to an even more hostile business climate than any of our neighboring states. The reality is that not one dime of taxes had to be raised to fix this budget. It is a spending problem. Period!

California is sitting on billions of dollars of oil and natural gas that the government won’t allow anyone to go after. We waste millions on firefighting every summer when proper timber management would prevent these fires from being severe and generate jobs and revenue to state coffers. Water is horribly mismanaged in this state and the list goes on. There is no need for any tax increases.

If we conformed to President Clinton’s welfare reform bill and quit treating illegals as citizens we could realize billions more in savings but as the Good Book says, “The compassion of the wicked is cruelty”. Education is a black hole of money that eats up over 75 percent of all its funding in top heavy bureaucracies that favor San Francisco and Los Angeles at the expense of the rest of the state. We are in the bottom of the nation in our quality of education but we have the strongest teacher’s union in the country.

There is one other factor which the media was too lazy to investigate as to why this deal had to be made this week and that is that we are one day away from the state convention of the California Republican Party. The main focus of many grassroots Republicans was a series of competing measures that would deny any funding from the State Party for any Republican that supported increasing taxes. Some ideas that went along with these resolutions included the State Party being required to fund primary challengers to any Republican politician that voted for tax increases and an automatic censure of any office holder supporting tax increases. Whether Maldonado and company will get this treatment remains to be seen.

I can assure you that rank and file Republicans are mad as hell and some heads in the Party are in serious danger of getting chopped. California is on the verge of becoming a one party state and gutless men like Schwarzenegger and Maldonado are to blame. If current trends hold, Decline to State—California’s version of “None of the Above”—will soon be the second largest political block in the State with Republicans a distant third.