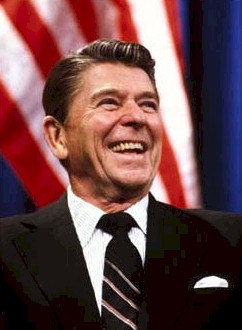 I know the election cycle is just getting organized for most political races lower down on the ticket, but even before the filing deadline for the June Primary Election, I am getting tired of RINOs invoking the claim that they are Reagan Republicans. The most recent example that I saw was earlier this week when a candidate dropped in to a meeting that I was attending. She had really slick literature and a boatload of endorsements. It even said that she was a Reagan Republican. As proof she even managed to have a photo of her shaking the Gipper’s hand.

However, her presentation let you know that she was cozy with Arnold Schwarzenegger and Bob Dole. In fact she even got Dole’s endorsement for a California Assembly seat!? Go figure!  In addition, it was clear that she had insider ties to the “bill mill” in Sacramento.

A friend of mine looked over her endorsement list and was convinced that every Republican leader in the San Francisco Eastbay that tried to thwart Conservatives was on the endorsement list. He then asked her the only question worth asking a Republican legislative candidate in California. There are slight variations but the question goes like this; “If elected, you will be a member of the minority party in Sacramento. What will you be able to accomplish in the midst of an overwhelmingly Democrat majority?” One implication of this question is will you be the weak knee Republican that sells us out and sides with Democrats to get the budget passed in exchange for some pork in your district? Will you crack under pressure or stand for fiscal responsibility in light of the 16 billion dollar budget shortfall?

Her response was that due to her extensive federal experience, she wanted to make smart cuts so she would not cause the state of California to loose matching federal funds. She assured us that she could win the game because she knew how the game was played.

I was disappointed at this response because she was already giving away the premise that the government should be involved in all these programs to start with. If she was truly a Reagan disciple, she was want the government out of many of the things that it has injected itself into that are not proper areas of jurisdiction. Where was the application of smaller government and more individual freedom? If a politician starts advocating “smarter government” or “more efficient government” then you’d better hold on to your wallet.

Within the next two weeks I will be seeing this woman again at another function that should be more interesting. This more conservative group will get to ask her about social issues and that will prove to be fun.