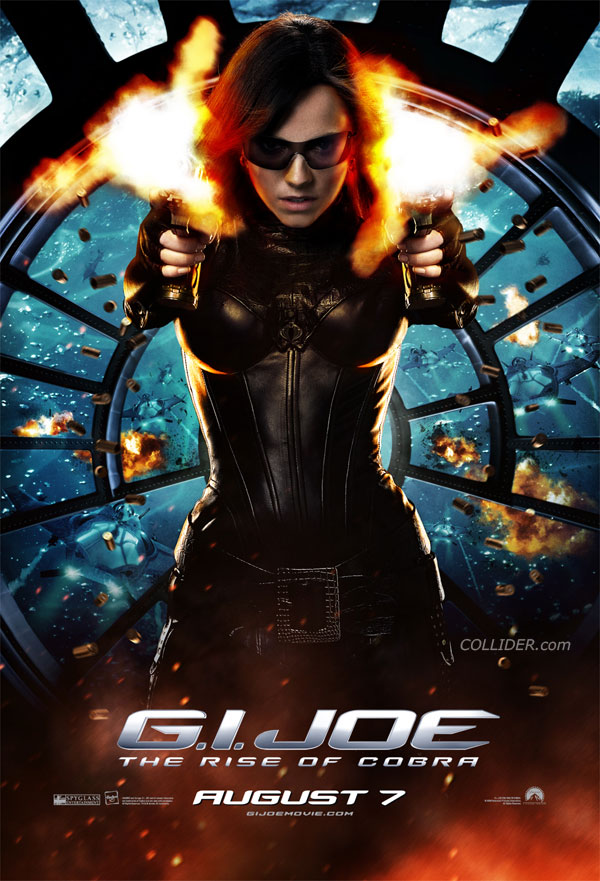 Liberalism seeks to dismantle the institutions and ideals that made America great. Part of their effort is to redefine words and ideas. The most recent example is being brought to us by the combined efforts of Paramount Studios (the movie home of Star Trek) and the Hasbro toy company.

GI Joe has been killed.

This “Real American Hero” is now too hot for the makers of the forthcoming movie. For Paramount, being an elite American Soldier is offensive to our neighbors in Western Europe and Asia. The Global War on Terror and American Exceptionalism are stumbling blocks for commercial success in Hollywood so GI Joe has been scrapped. The archetype of the American Soldier is being replaced by the international, coed and politically correct Global Integrated Joint Operating Entity—G.I.J.O.E.

No longer will G.I. Joe be a U.S. Special Forces soldier, the “Real American Hero” who, in his glory days, single-handedly won World War II.

In the politically correct new millennium, G.I. Joe bears no resemblance to the original.

Paramount has confirmed that in the movie, the name G.I. Joe will become an acronym for “Global Integrated Joint Operating Entity” — an international, coed task force charged with defeating bad guys. It will no longer stand for government issued, as in issued by the American government.

The studio won’t elaborate, saying filming hasn’t begun and details are still in the works, but the behind-the-scenes rumblings are that the producers have decided to change the nature of G.I. Joe in order to appeal to a wider, more international audience.

The word is that in the current political climate, they’re afraid that a heroic U.S. soldier won’t fly.

Having grownup with the original GI Joe and Major Matt Mason—the cool toys for boys living during the height of the Apollo Space Program—I am offended. As a Veteran, I am outraged at the sacrilege.

We are the greatest country in the world due to two things, Western Christian values and our form of government. The American soldier is the personification of both. He is our ambassador to the world. He equally wields the sword and the plowshare. He is feared by evildoers and loved by the common man everywhere yearning to be free.

Paramount and Hasbro are stripping Joe’s identity and taking with them another incremental step in undermining our culture in the name of political correctness. If they had any brains they would take this opportunity to show why America is the nation that the rest of the world looks to when they get in trouble. Paramount is blowing a golden opportunity.