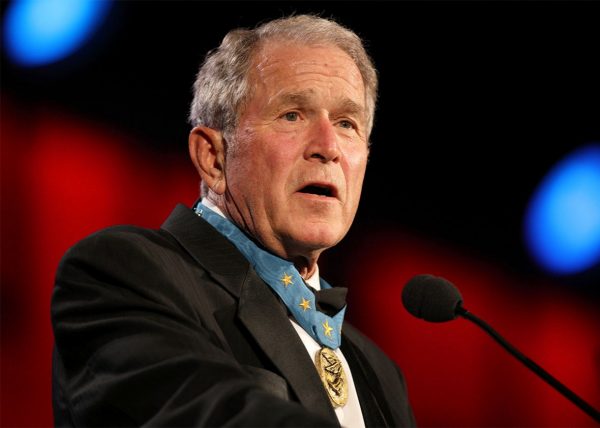 Yesterday, talk radio, voters and a bi-partisan group of Senators saved George Bush from himself. Bush has always had a blind spot when it comes to illegals from Mexico. He was ready to push for this type of amnesty legislation when he was first elected in 2000 but his plans were thwarted by the terror attacks on 9/11.

Unfortunately, President Bush is incapable of seeing border security as an integral part of the War on Terror. The evidence is plain for any unbiased person to see but it just doesn’t register in his view of the world. To say that his time as governor of Texas was formative for his views is an understatement. When it comes to Mexican illegals, he is trying to turn the whole country into a Texas type paradigm. He keeps looking at the issue with the same impotence that many state officials do. It is a Federal problem. He just doesn’t get the concept that he is on the other side of the looking glass now and he not only has the opportunity to fix it but the obligation.

Bush lacks the vision and the desire to solve the broken immigration system. His managerial skills have compounded the problem. Instead of appointing good people to be strong in areas where he is weak, he has appointed longtime friends and people of like mind, often with disastrous results. Harriet Miers to the Supreme Court and Alberto Gonzalez as Attorney General are two examples.

Either we are at war or we become ostriches to the threat of radical Islam. President Bush seems to oscillate between both beliefs. I wish he would return to the path of stopping terrorists and act accordingly. His neglect of most domestic issues at the expense of winning the war is not the best alternative but understandable. If he wants to do something constructive domestically, he should help get Republicans elected in 2008, especially, in the White House. Committing political suicide and destroying our national sovereignty is not a constructive or rational policy.

Hopefully, the President will take a cold shower and go to Crawford for a week of barbequing and reflection and return to Washington ready to work for the American people. We need his help and leadership not more backstabbing of the folks who voted for him. Secure the borders, win the war, confirm the judges.