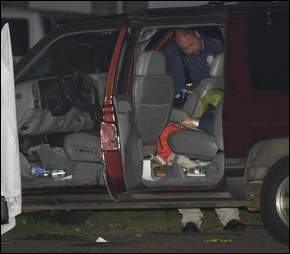 Michael Osborne was a happily married man and the father of six children; four are still living at home. He was a minister in the Episcopal Church.

He was murdered driving his car in Hattiesburg Mississippi by flood thugs who were trying to rob him.

He was buried yesterday in Memphis and leaves behind two teenage boys and two daughters ages six and four.