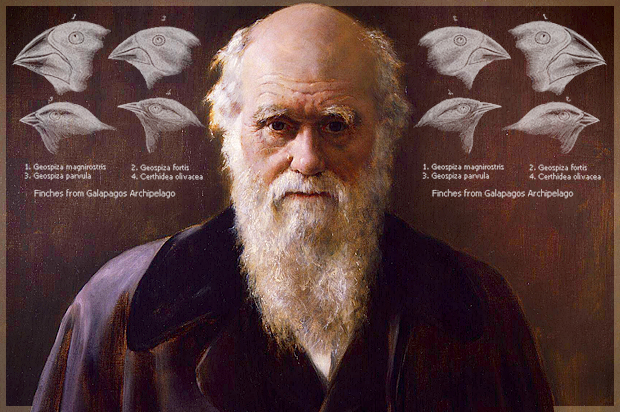 After I posted my brief response to the Wired Op-Ed, I started going thru some old mail when I came across an article on the subject of racism. It posed an interesting question, why does cancel culture never consider cancelling Charles Darwin? While Darwin didn’t create racism, he is singlehandedly responsible for advancing the scientific basis that some races are more fit than others. His beliefs have been the basis of eugenics and genocide for tyrants all over the world. Millions have perished and millions more have been subjugated because of the impact of Darwin’s racist ideas. Yet, Darwin is given a free pass.

The following is printed in Answers, a publication of Answers in Genesis. The article that is quoted below is Should We Cancel Darwin by Mark Looy.

Modern views about human origins are built on a toxic error. Unless these opinions change, racism will keep raising its ugly head. Any serious desire to solve racism must inspire the question, “What about the influence of Charles Darwin’s racist views? Should they be banned (or ‘canceled,’ in popular jargon) from the culture?”

In a sequel to the better-known On the Origin of Species, Darwin’s The Descent of Man argued that humans, having descended from apelike creatures, were continuing to evolve and produce various races. Darwin posited that some races were more developed than others. Throughout Descent, Darwin labeled different people groups other than his European race as “low” and “degraded,” including Africans. Darwin argued that the “highest races and the lowest savages” clearly differed in their “moral disposition” (Darwin, 445).1 These “savages,” he further claimed, possessed “insufficient” powers of reasoning (Darwin, 489). At the end of Descent, Darwin declared he would prefer to be descended from a “little monkey” or an “old baboon” as opposed to an Indian “savage” from South America (Darwin, 919).

Darwin’s racism and belief in white supremacy were an outgrowth of his ideas regarding natural selection (a view popularized later by others as “survival of the fittest”). Accordingly, he excused aggressive colonial imperialism with the comment, “The civilised races of man will almost certainly exterminate, and replace, the savage races throughout the world” (Darwin, 521). Although he may not have explicitly endorsed such imperialism, Darwin saw the elimination of nonwhite races as the natural result of white Europeans, who “stand at the summit of civilisation” (Darwin, 507), being the superior race.

Such reasoning, even before Darwin laid it out, was essentially the same rationale used by European, Muslim, and American slave traders, who viewed the Africans as less than human and deserving of enslavement.

If they were consistent, cancel-culture advocates would ban Darwin from society. But most won’t touch him, for he is like a prophet for their worldview. Even if they condemn racism, they blindly still want to commemorate Darwin. From him, they have a supposed scientific justification for rejecting the Creator and living as they please with regards to abortion, sex, and so on.

Answers in Genesis proclaims that there is only one race of men. Toward the end of his article, Looy writes:

The Bible’s history is crucial to a true understanding of “race.” God’s Word reveals that all humans are descended from Adam and Eve. At the tower of Babel, God separated the rebellious people by both geography and language. The population broke up into sub-groups, and as people married within their own group, certain genetic features (like skin shade and eye shape) became more prominent. Some people groups ended up with light skin and others with dark skin. All people today are actually shades of brown, depending on the amount of melanin, the main pigment, in our skin (and some other minor factors). There are no truly black or white people.

Funny how, no matter how you look at the Scriptural position, it really is about the content of your character and not the color of your skin.