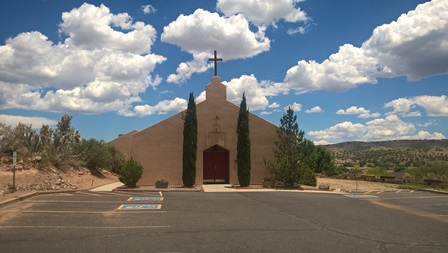 To a man, every minister that I have heard, justifies the reason for closure of his church and all worship services citing Romans Chapter 13. Before I go further, let’s look at the passage.

1 Let every soul be subject unto the higher powers. For there is no power but of God: the powers that be are ordained of God.
2 Whosoever therefore resisteth the power, resisteth the ordinance of God: and they that resist shall receive to themselves damnation.
3 For rulers are not a terror to good works, but to the evil. Wilt thou then not be afraid of the power? do that which is good, and thou shalt have praise of the same:
4 For he is the minister of God to thee for good. But if thou do that which is evil, be afraid; for he beareth not the sword in vain: for he is the minister of God, a revenger to execute wrath upon him that doeth evil.
5 Wherefore ye must needs be subject, not only for wrath, but also for conscience sake.
6 For for this cause pay ye tribute also: for they are God’s ministers, attending continually upon this very thing.
7 Render therefore to all their dues: tribute to whom tribute is due; custom to whom custom; fear to whom fear; honour to whom honour.
Romans 13: 1-7 KJV

In summary, the passage states:

Thus, when government authorities asked churches to close indefinitely, their pastors willingly went along with the request. Folks, this happened no matter what denomination you look at. Now these pastors are awaiting permission from these same authorities to resume their services. They are unwilling to do this without their approval. This is true, not only in all 50 States in our country but most of the other nations in the West and beyond. Think about it, north of one billion believers have not been attending worship services lately based on fear not faith.

In his ministry, Walter Martin would frequently say, “A text without a context, is a pretext; usually for error.”

Dear readers, this certainly applies in this application of the cited passage of Romans.

Paul likely wrote this book while in Corinth to a church meeting in Rome, a city he had not yet visited. This passage was addressed to Christians about a decade before Nero sat on the throne. This book was written when worshipping Jesus was treason and punishable by imprisonment and possible death. Christians met to worship in people’s houses at great risk; they faced loss of life, liberty, and property.

My point is that, in proper context, Christians are being told to obey the government at a time when they were lawbreakers for believing in Jesus or gathering to worship him. So how can these verses mean what your average minister thinks they do? Paul told the believers in Rome to obey the government and did not see a conflict that they were embracing treasonous and illegal beliefs and flaunting the government by both their beliefs and meeting for worship. How do you square these verses in context with current interpretation that God demands that we shut churches and cease worship if the secular authorities forbid it? Folks, there is no clearer example of Scripture twisting than this interpretation behind which thousands of clergymen are hiding.

But why? Simple, they fear men more than God. If standing for Christ has a cost, most are unwilling to pay it. Whether they fear the loss of their tax-exempt status, or fear tort lawyers suiting them for wrongful whatever, or fear running afoul of local police, city council, etc., I don’t know; but these guys are a fearful and timid lot.

The truth is they want to maintain good relations with the magistrate and hide behind Romans 13 to justify a decision that they already made. Guess it’s easier to go with the flow than swim upstream. Only in a world where the State establishes the Church can you get such twisted excuses for this interpretation of Romans 13.

Any government or political system that tries to dictate doctrine or practice of Christians in their midst is a tyranny. As I said a few days ago, we are commanded to gather as believers and any government order to prohibit worship is an illegal and unconstitutional one. I cannot envision a scenario where banning all worshipping in a nation of 330,000,000 million is legal Constitutionally, biblically, in Common Law, or any other way you wish to examine the question. Only in a nation ruled by tyrants can you find such edicts being enforced by civil government.

Look at these articles about Christian worship that have been published in the last few days. The governments: federal, state, and local in the United States claim all the same powers to regulate Christian worship as Communist China, the Soviet Union, Cuba, Nazi Germany, and every other tyranny you can name. Thus, the church serves not God but at the pleasure of the State.

Government Says Not to Meet

LEICESTER, United Kingdom – According to the leaders of Ireland’s main Christian denominations, “at this time it would not be appropriate to consider a full return” to regular worship services.

Irish churches: ‘At this time it would not be appropriate’ to start public worship

Government asserts the right to dictate what churches may or may not do in their worship.

Germany reluctantly allows congregations to meet, but they are not allowed to sing.

Germany allowed church services to resume in a limited capacity on Sunday following a six-week hiatus during a countrywide coronavirus lockdown – but worshippers won’t be able to sing just yet.

A set of strict rules prohibits worshippers from singing in the church over fears the COVID-19 virus could spread more easily that way, German broadcaster Deutsche Welles reported. The congregation must wear masks and must follow social distancing rules, which have prohibited the traditional handshaking that is part of Catholic ceremonies.

Churches reopen, but no singing allowed

In the Tennessee, churches can meet for worship but not Christian instruction. Furthermore, they are prohibited from celebrating communion, taking an offering, using Bibles, or hymnals.

In addition, “The physical taking of communion/sacrament should not be performed due to the serial breaking of physical distancing across a congregation.” Churches are urged to “consider guiding parishioners in how to connect with the spiritual aspects of these practices during this phase.” Never mind that for Christians, Communion is a requirement, not an optional activity that can be transmitted over the internet.

Not only that, but church attendees are also banned from physically embracing or shaking hands with one another. And singing, while not banned, “is discouraged as it is thought to be an activity that expels significantly more virus than talking.”

Also banned by the Knox County order: “communal items (for example, tithe plates, hymnals, bibles, etc.).” Churches are told they should use a donation box in lieu of an offering plate. “Only core worship services are permitted in Phase One,” the order reads. “Activities such as groups and classes, youth services, social events, potlucks, communal snacks or food, and nursery, are not permitted in Phase One.”

The good news is that a few intrepid people are seeing the light and wanting to resume worship without waiting for government permission.

The pastor of an Orrington church announced Sunday that next week he will open the doors of Calvary Chapel to in-person worship in defiance of an order issued by Gov. Janet Mills to curb the spread of the coronavirus.

Ken Graves also said during a drive-in worship service in the church parking lot that the evangelical congregation would be the lead plaintiff in a federal lawsuit — expected to be filed by the end of the week — challenging the constitutionality of Mills’ executive order that has shuttered houses of worship throughout Maine and limited gatherings to 10 people.

Folks don’t expect your pastor to come to the same conclusion that I have about this interference of the State in the affairs of the Church. Somehow, my pastor is ok with the closure and plans to stay shutdown until he is given permission to open his doors again. He thinks that the Covid-19 scare will result in a revival of people in his community. Based on what I don’t know. His congregation is as frightened as your average MSNBC viewer. Since the Church is not radiating salt and light in this situation but willing to hide it under a bushel basket until told to do otherwise by the civil magistrate, I don’t see that happening.

The good news in this shutdown is not coming from people of faith but people in dire financial straights that are starting to push back by opening their businesses without permission, something that churches that shutdown should consider too.