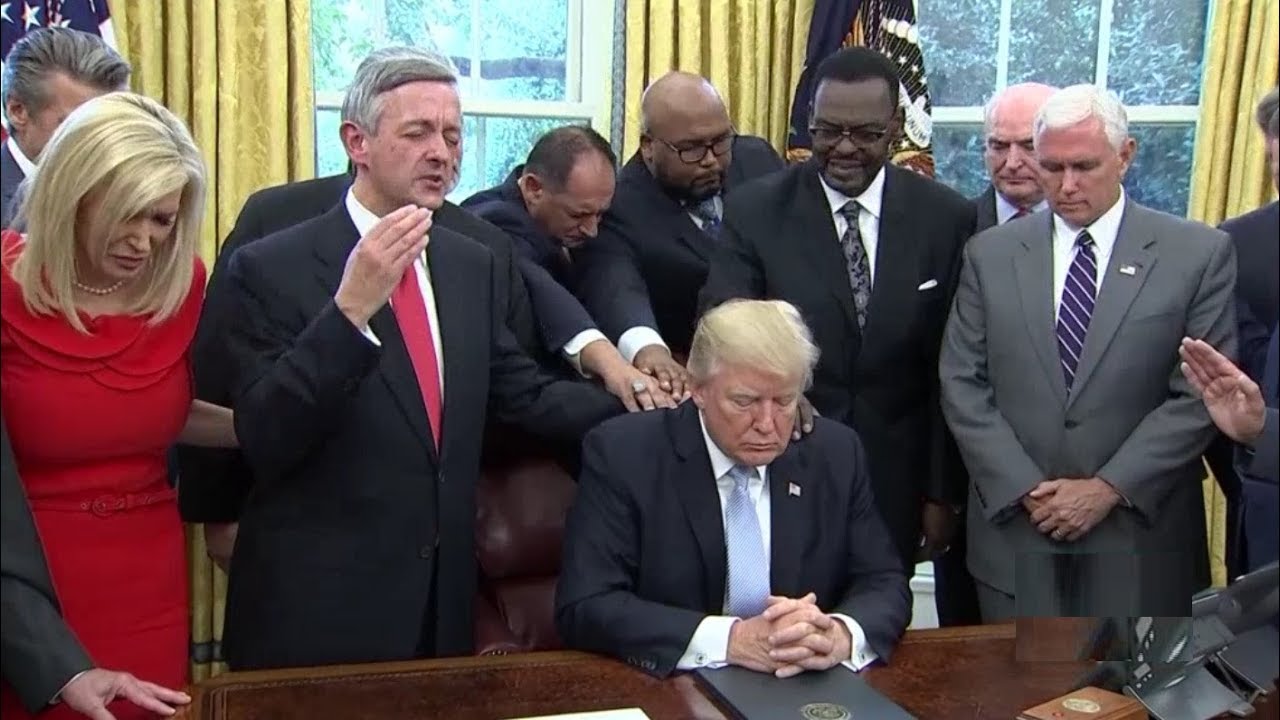 President Trump declared Sunday March 15, 2020 as a National Day of Prayer. While people like me were happy about the announcement, some folks were just “triggered” by the news.

It is my great honor to declare Sunday, March 15th as a National Day of Prayer. We are a Country that, throughout our history, has looked to God for protection and strength in times like these… No matter where you may be, I encourage you to turn towards prayer in an act of faith. Together, we will easily PREVAIL!

…Trump has previously given other days the designation during emergencies.

DONALD TRUMP DECLARES SUNDAY NATIONAL DAY OF PRAYER: ‘WE ARE A COUNTRY THAT HAS LOOKED TO GOD IN TIMES LIKE THESE’

The Lost and Easily Triggered Respond

At lunch on Friday, I tried to have a factual discussion with a coworker about Obama’s response the H1N1 v Trump on Corona. (It was at our lunch hour that day when the President was going to declare Corona a national emergency.) Like most people, he never knew anything about H1N1 even being a problem but because of the 24/7 coverage, he thinks everyone that gets Corona will die.

I tried to give him the three dates, first US case, declaration of public health emergency, and declaration of national emergency. The question that I was building up top was this, if Trump is so evil then why did he declare a national emergency when there are less than 50 deaths while Obama waited until over one thousand had died? (For those of you lacking math skills, the interval for Obama was six months and about six weeks for Trump.)

He kept interrupting me as I built up to my question and informed me that Trump was purposely withholding testing and medical treatment from Americans. Furthermore, he said Trump did not care and Trump was willing to let regular Americans die just to promote himself. He also was demanding that everyone — sick or healthy—be tested today. I explained the medical protocols used and that testing is only done for high risk people or if the results will affect a patient’s treatment and recovery, quoting the Center for Disease Control and Prevention amongst others. It was an exercise in futility.

(As you continue reading this account, I’m sure the biblical phrase of “casting pearls” will come to your minds too.)

For those of you living outside of California, sadly this is the predominant view of way too many people living on the Left Coast. Is it any wonder that Bernie Sanders easily won the Democrat Primary here?

In an effort to show him the compassionate side of Trump, later that night, I sent a copy of Trump’s Twitter message declaring a National Day of Prayer on 03/15/20 with the this note “This is one reason that we like Trump.”

I’m trying to give him concrete and unfiltered examples of what is happening before he is told by whoever he listens to (which clearly is not me) how to feel about it. The fact that Obama never once in his 8 years as President declared a national emergency as a cause for prayer would never occur to this guy.

After a short time, this was his response.

Yep, when I think of a Christian heart, soul and behavior trump is first person to come to mind. The last time he prayed was the last time I dated a super model.

Then he responded with a screen capture of Trump praying with Terrance Williams and some others in the Oval Office of the White House with his caption of “This is one reason why I hate him.”

Oh, I looked up Michael Steel, the guy that retweeted the post and made a snarky comment, on Wikipedia. He is some NeverTrumper guy on MSNBC. Seems like his page has been scrubbed of anything about him since he left politics, or he hasn’t done anything worthwhile since then.

I then got some even crazier stuff from Mr. Trigger about Trump being “Our Jesus replacement.” Again, where do you get this crap, I have no idea. It just makes me even gladder that I cut the cord many years ago.

FYI: Mr. Trigger makes no claim of any religious affiliation and gets to church only at weddings and funerals, if he is forced to, but he is always telling me what God thinks about Trump. He calls people that support Trump cultists. He also says Trump lies every day. I often get asked how can I support a guy that has lied over 18,000 times since taking office? Of course, he offers zero evidence or a single example… even when challenged. I guess he thinks that what he is saying is such common knowledge that everybody just knows it. Weird.

The irony is that Trump is the most honest guy to run for office. He does what he says and says what he does. There is no duplicity in him, especial when compared to the political class in Washington.

After three years of this, I finally got frustrated and fired this off to him.

Have you ever thought maybe Trump is telling the truth and CNN is not? All I get from you is “he lies” yet when I bring you facts, even from Democrat sources, somehow instead of looking at it, you go off on Trump thinks he’s God, Jesus Christ and king of the world, etc. I get a rant from you and not a discussion. Oh, and you often tell me what God thinks about it or how can I be a Christian if…
As I keep trying to tell you, I believe people should be held to the same standard regardless of party or income. When I try to point out inconsistencies in how he is treated, you dismiss them out of hand and don’t care to look at the evidence. Today is only the latest example. Today you even accused Trump of purposely trying to kill Americans to benefit himself. You constantly argue feelings and don’t care about facts; especially if they might just prove you wrong. Dialogues are based on facts not feelings. Today when I showed you that your assumptions were wrong you just attacked Trump all the more. When he asks for prayer, which he has done several times before, again you opine on God. Its not a partisan request, it’s a patriot one. Sadly, you can’t ever consider that it might be a genuine act.

I realize the guy is spiritually dead but the “eyes that don’t see” and “ears that can’t hear” describes Mr. Trigger to a T. He has no awareness of the world around him. He is a most unhappy and miserable creature. He is imprisoned and bound in his own closed mind more surely than anyone in a forgotten gulag in Siberia. This guy spends his spare time searching for more chains to bind himself even further.

Watching his behavior makes me think of a C.S. Lewis book I read many years ago about people in hell taking a holiday in heaven and finding it so unpleasant that they were not able to get back to hell fast enough. Unless God kicks his mental and spiritual doors down and shines His light on this dude, he will stay lost.

When I talk with him about anything of substance—except himself—sooner or later he closes his mental eyes, covers his ears, and starts screaming, “La. La. La. La. I can’t hear you” and tries really hard to change the subject. I’ve had my fill of his folly. Sadly, I live in a State of 36 million most of whom are just like him.