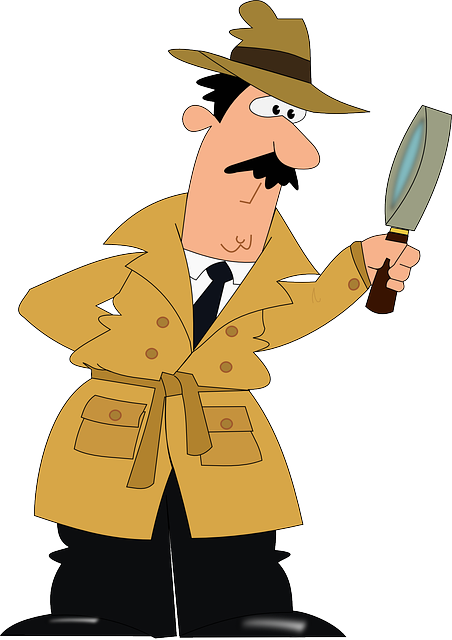 Due to the disruption caused to our daily lives by people that should know better, I’m starting a series on Corona Virus. I’m trying to separate, myth, fact, and propaganda. I personally have no fear of getting this virus, but many people seem really freaked-out about it.

I have rarely, if ever mentioned Sean Hannity on this blog. Why should I? I’m a cable cutter and don’t get Fox News, ESPN, and a host of other media. Frankly, I think my life is better without constant exposure to the 24/7 news cycle. (It’s not too later to give up cable news for Lent. Just sayin’.) Anyway, I occasionally listened to his radio show; especially, since impeachment and now the Corona Virus.

Last week Hannity said something so damning about Barack Obama that I thought maybe this was the silver bullet to get thru to my Liberal buddy at work. Before deploying it though, I wanted to get it in writing from a solid Liberal source so he couldn’t easily discount the information. I began to investigate the claim that Hannity made on both his radio and television shows on March 2, 2020. Here are transcripts complete with audio and video respectively. Hannity has also repeated it on his radio broadcasts since that date.

Audio Transcript 02/20/2020
SEAN HANNITY (HOST): Now if you want to compare it, let’s go back to the Biden-Obama administration. It was April of 2009 when H1N1 became a pandemic. It wasn’t until six months later — now, I’ll concede, 11 days after that, the Health and Human Services of their administration said it was an emergency — but it wasn’t until six months later when Obama declared a public health emergency. But at that point, it was already a pandemic. By the time Obama-Biden did it, we literally had millions of Americans infected, and over a thousand people had died inside the U.S.

Video Transcript 02/20/2020
Now we need to put that in perspective. Let us compare this to H1N1. Swine Flu Virus as it’s known. Now, this hit the U.S. in April of 2009. It wasn’t until six months later, in October of 2009 — after more than 20,000 Americans were hospitalized, more than a thousand of our fellow citizens died — only then did President Obama and, yeah, quid pro quo Joe declare a national emergency.

So where did Hannity get this claim that President Obama waited six months–until 20,000 were infected and over 1,000 had died–before declaring a public health emergency? The only source is a single article from P.J. Media posted on February 28, 2020 by Victoria Taft. Her post then reverberated thru various conservative websites where it was eventually picked-up by Hannity.

While American health officials declared a public health emergency on April 26, 2009, then-Homeland Security Secretary Janet Napolitano downplayed the announcement, calling it “standard operating procedure,” adding that she would rather refer to it as a “declaration of emergency preparedness.” It wasn’t until four months later in October, that then-President Obama himself declared an H1N1 national emergency.

Folks, this claim by Victoria Taft and by extension, Sean Hannity, is really bad for Obama and good for Trump. Below is the timeline for N1H1 and Corona from first US victim (Day 1) until President declared a public health emergency.

Oops, Obama declared a public health emergency on H1N1 eleven days after the first US case while Trump did so after ten days.

Here are timelines of both virus outbreaks

Washington (CNN) — President Obama has declared a national emergency to deal with the “rapid increase in illness” from the H1N1 influenza virus.

“The 2009 H1N1 pandemic continues to evolve. The rates of illness continue to rise rapidly within many communities across the nation, and the potential exists for the pandemic to overburden health care resources in some localities,” Obama said in a statement.

December 31, 2019 The World Health Organization (WHO) is alerted by the Chinese authorities of a string of pneumonia-like cases in Wuhan, a city of 11 million people.

January 31, 2020 President Donald Trump issued a proclamation prohibiting non-citizens from entering the United States if they were in China within 14 days of their arrival and Health and Human Services Secretary Alex Azar declared a public health emergency.

Latest on Coronavirus: Timeline of Events Since the Start of the Outbreak in China

So, both Presidents (or Administration health officials under them) declared an emergency within about ten days.

Here’s the video of Obama in April of 2009 declaring a public health emergency.

The posts are conflating two types of emergency declarations a president can make.

On Obama’s response to H1N1:

Obama declared a public health emergency on April 26, 2009 — before a single swine flu death in the U.S. was reported. Such a declaration allows the government to unlock money for antiviral drugs and other medical preparedness measures.

Folks, I’ve dug into this issue with much zeal in hopes of defending Sean Hannity’s claim about Obama’s declaration. However, it is my sad duty to report that Sean Hannity is totally wrong on this aspect of comparing the Obama response on H1N1 and the Trump response to Corona.

The issue where things diverge on the declarations of emergency is the management style employed by each man. Obama, as best as I can research it, was a very hands-off President and let the professionals handle the issue whereas Trump is right in the middle of Corona.

Obama initially authorized $1.5 billion to fight H1N1, whereas, Trump initially asked for $2.5 billion while diverting other money to the fight, pending Congressional action.

Also, Democrats are using Corona as a political weapon against Trump’s reelection; something Republicans did not do to Obama on H1N1. The media is trying to use Corona as a club to beat up Trump like they did G.W. Bush with Hurricane Katrina. In fact CNN has even called Corona, Trump’s Katrina.

Coronavirus as Katrina?: What sunk President George W. Bush and Republicans in his second term wasn’t the war in Iraq. It was his administration’s mishandling of Hurricane Katrina in 2005.

Whispers have begun that President Donald Trump’s handling (or mishandling) of the ongoing coronavirus epidemic has the potential to have political consequences just as devastating for the GOP.

Next up, Corona testing.