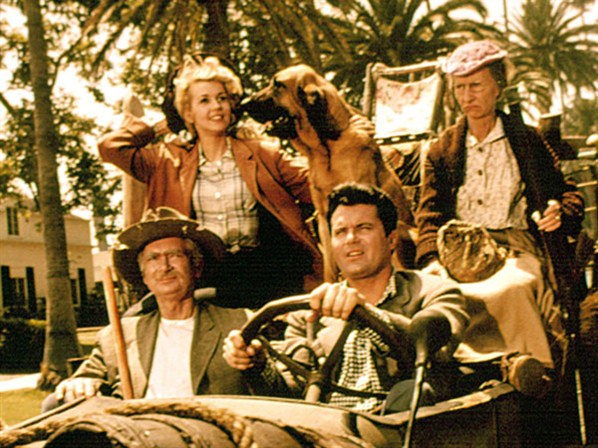 Yesterday, I did something that I’ve never done before, I went to a lunch where Ham was the featured item. Folks this is very rare for me. You see, as a rule, I really avoid any kind of ham. About every four years you’ll catch me with a sliver of the Honey Baked Ham but otherwise it’s a nonstarter.

Yesterday however was different. I loaded the family into the car and drove all the way to Modesto for a special lunch. You see Ham was featured but not on the menu. No, the menu was actually BBQ meat–pork or beef–and chicken, rice, BBQ veggies, salad, and so forth. It was served buffet style at Big Valley Grace Community Church.

The event was a fundraising presentation by Answers in Genesis (AIG). This is the second such event that we’ve been invited to attend, the other being last spring in Stockton.

Answers in Genesis is a group that is built on the premise that the Bible is true. While this sounds like something most Christians claim in their denomination’s statement of faith, in reality, most folks put a mental asterisk next to such a claim. They have dumbed-down the Scriptures and the faith so that they don’t conflict with whatever thing is popular today. If the Bible is in conflict, it gets jettisoned in favor of popular culture. Believing there is a separation between secular and sacred is such a false dilemma. Trying to reconcile evolution and Genesis is another.

AIG rightly understands that if you deny six-day creation, Adam’s Fall, and Noah’s Flood, and reduce them to allegory and myth, then eventually you will deny all supernatural claims of Scripture including the virgin birth and bodily resurrection of Christ.

What I find amazing is that folks that don’t believe in any of the supernatural claims of the Bible continue to call themselves Christian. Sadly, some of them occupy the pulpits of formerly orthodox denominations that are now on the forefront of schism and heresy.

The speaker at yesterday’s event was AIG founder Ken Ham. Ham talked about his organization, the tourist destination that his group has built, and the witness that they are making for Christ and biblical inerrancy.

He also spoke briefly of how he got involved in the issue of defending Genesis. He credits his parents for teaching him apologetics, even though they never used that word.

I was happy that he credited Whitcomb and Morris’s book The Genesis Flood as being influential on him. This book had a profound impact on me when I read it in junior high school. I have tried with varying degrees of success to get others to read it too. If you only read two other books in your life besides the Bible, they should be the Genesis Flood and Kingdom of the Cults by Walter Martin.

Ham made a point of repeatedly saying that it is the church that has failed the culture and needs reformation. Until we stand on the Word, we will have no impact on the world around us. He views his mission as equipping believers with the tools to withstand the many attacks on the faith that are brought to bear by those around us.

The meeting closed and we were asked to see the guys at the back table if we were interested in contributing. We had a family photo taken with Ham and thanked him for his work.

I then went to the back table and turned in the paperwork, giving my usual amount and had them spread it out over many payments. In exchange I got the appropriate swag bag and their thanks.

I’m glad that Ken Ham and others are being a witness to those around us that He is There and He is not Silent—as Francis Schaeffer used to say.