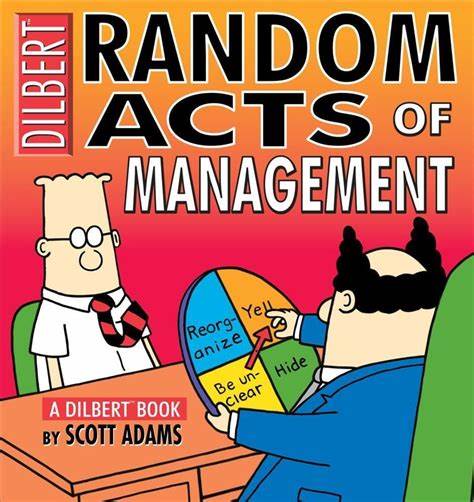 Folks I apologize for not blogging too much lately but when things in your personal life go south, it tends to distract you from your hobbies. Right now I feel the need to vent so here we go.

I work for the State of California and let me tell you, their structure of management is ridiculous. For every six or seven employees, there is a supervisor. Then for every three supervisors, they have a supervisor. At my office, this goes up four layers before you get to the guy in charge of our building. Our site houses about two hundred people and of course is just one of many such facilities.

Anyway, my second level supervisor has become a microcosm of what is wrong with government in general and California in particular. This supervisor has one set of rules for her friends and another for everyone else. This double standard, coupled with her Type A personality, is a killer combination for a bureaucrat. Another trait of this manager is that she has no regard for the chain of command under her. Having been in the military, I know that the chain of command flows from the top to the very bottom and vice versa.

This manager knows how to talk a good game but as you would expect, the disparity between words and deeds is vast. The manager often will talk about giving people opportunities to advance but the track record in my unit is atrocious. In nine years, only two people have been internally promoted from my level to the next step. During that period, we have added three more positions at the next level and a year ago, Type A declined creating another.

Two of the three managers directly under her are bullied and abused on a regular basis. These two folks happen to be from a different ethnic group and culture than she is and she runs roughshod over them all the time. They are documenting her behavior but have yet to pull the trigger on an EEOC or other complaint. They happen to be nice people and she despises them. Like some twisted soap opera, they all pretend to be collegial but it is clear that all is not well.

The latest office drama in my life began when an employee in my unit left at the end of April. This departure created a vacancy at the level above me. This rather sudden resignation created a flurry of activity behind the scenes. It took a month or two for the vacancy paperwork to work its way thru the personnel office. Filling the vacancy involves advertising the position, screening candidates, and conducting interviews. The paperwork done behind the scenes to get this done is horrendous. Management was ready to begin this process but it was halted in June for an unexpected reason. A Muslim lady that used to work in my unit contacted her old supervisor to say she was being failed on probation and would be returning to our unit—probably in July.

(In State employment, when you promote, this often involves moving to another unit or agency. If you fail probation—typically a six month term—then per agreement with the union, you have a right to return to your previous position.)

At this point, everything went dark. Type A manager decided there was no scenario in which she would allow the Muslim lady to return back into our unit. Instead, she arranged to have the Muslim lady handed-off to another unit. Only when the Muslim lady was safely back and with a different unit did the paperwork go forward to advertise the opening in my unit.

Finally, after almost six months, the vacant position was advertised. I was one of many applicants, but what surprised me was the number of qualified people within my unit that did not apply.

It has been convention that the interview panel would narrow the field to the top three and then let the immediate supervisor make the determination as to which person they wish to hire. (In the above, I’m using “convention” because although I thought it was required, I can find nothing in writing requiring that the selection to be from the top three or the hiring decision is the prerogative of the immediate supervisor.) Typically, the hiring manager does the paperwork, screening, and arranging of candidates for interview. This protocol was not the one followed in filling the vacancy.

Remember what I said about chain of command? She stripped the person under her of the authority to conduct the interview. Her place in the process should have been simply to oversee the process and if necessary be on the interview panel. Her actions deliberately undercut the authority of the supervisor under her to manage and select his employees.

To add even more insult to the injury, Type A manager added an employee under the mistreated supervisor to the interview panel. In effect, she diminished the supervisor and elevated a person under him. Note that the elevated person was at same level as the vacancy and was the most recent hire at that level. Word is that Type A manager is grooming this employee for advancement by personally directing his career path and wanted him to be able to use this experience to put on his resume. Other people at this level have never been on any interview panels.

Oh, I’ve been in this unit for ten years and worked my way up from the bottom. I was not on Type A manager’s list of candidates to interview. The abused manager under her had me on his list and requested that I be interviewed. In a pyric victory for me, Type A manager agreed. Obviously I had no chance of getting the job when she had already excluded me.

Type A manager frontloaded the interview panel and then began the interview by reading the criterion that the selected candidate would need to work until 5 pm. We were then asked a series of questions about being managers in the unit and asked what we would do. These questions were all outside the scope of the duty statement and materials used to advertise the job. (I found out later that Type A manger had tried to advertise the job this way and was shot down by personnel because that was not an appropriate description of the vacant position. Apparently, she ignored both our personnel office and her org chart.)

Two days after the interviews were completed, each of the five people in my unit that had interviewed, were called one-by-one into Type A manager’s office and told they were not selected and then dismissed. I attempted to ask questions and was booted from her office. A coworker asked what happened and I described the experience ask being scraped off the bottom of her shoe like a piece of excrement and tossed away.

I grumbled to a few employees and a week later this resulted in me being called on her carpet yet again. Unlike last time, I was allowed to speak. I made a case that no one has been internally promoted in over five years and that many of us have done the work of those above us and were more than qualified for advancement. I tried to keep it from being flipped into a situation where I could be dismissed as just being mad that I was passed over. I also made the point that the primary duty of senior people was to train those under them. I cited the example of the lady whose resignation created this vacancy in the first place. I specifically talked about the time that a new hire in her second week on the job went to her and asked for help. The new hire was told, “Go figure it out for yourself” and then sent away. New hire then came to me. I answered her question and made sure that she was properly trained. I said it was inexcusable for someone in a senior position to treat a new hire like that.

In response, I was told by Type A manager that my experience and knowledge were not relevant to the position even though during my time in the unit, I’ve done the same production work as the people above me. She made it clear that I will never be promoted in this unit…as if I needed further clarification.

Oh the outside candidate that she picked was unwilling to work until 5 pm so she gets to go home at 4 pm instead. Of the five that interviewed for internal promotion, currently four work until either 4:30 or 5.

Because such heavy-handed tactics leave many enemies in its wake, I have been told by others about many things I’m not supposed to know about Type A manager. Such happens when you’re willing to speak-up if even a little. Type A manager has been known to redo interview results to give her the outcome that she wants, just in case someone actually challenges the results. Oh, favored recent hire mentioned above as part of the interview panel was the recipient of her generosity. He reportedly went from sixth to first due to manipulation of post-interview results. My sources on this information are impeccable.

So that’s my story. I’m looking for an exit strategy where I land on my feet. I think it’s tragic that this manager chooses to behave like this. It just goes to show that unchecked power corrupts. I doubt her conscience even keeps her up at night but I bet it used to.