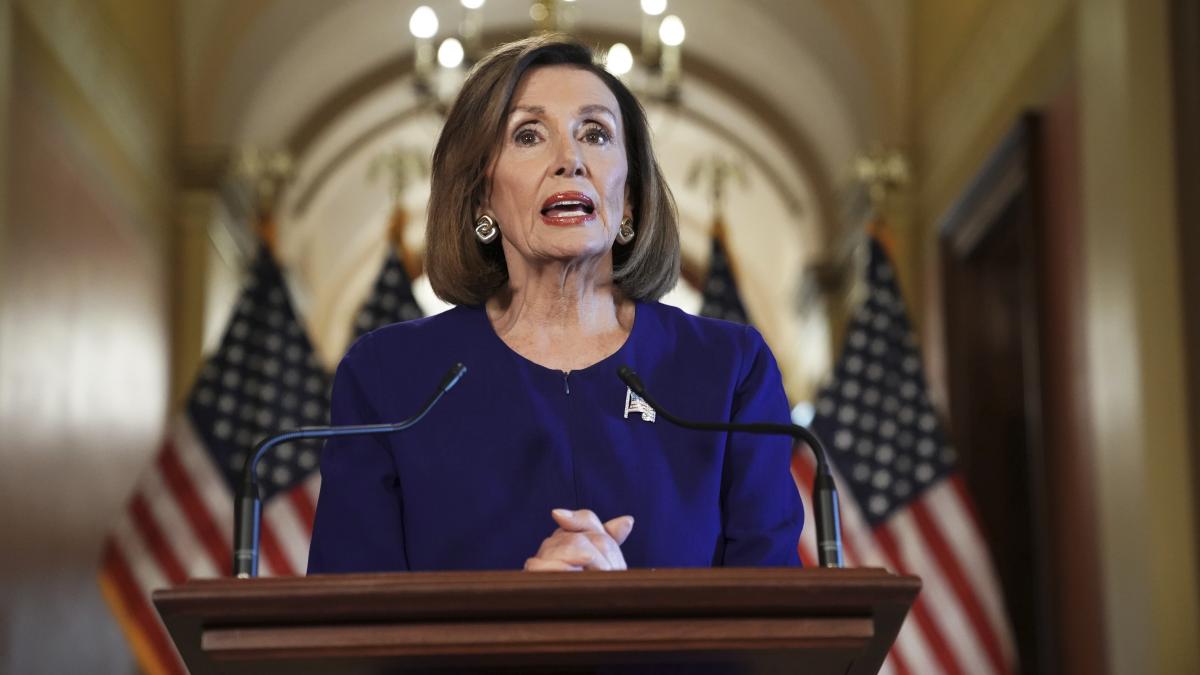 Democrats are having a revolution in their midst. The leadership doesn’t know how to stave-off the insurgency of the Broad Squad and likeminded socialists in their midst so what can they do? Oh, how about unite by fighting a common enemy? Perhaps, someone that they hate almost as much as the Republicans. Amongst themselves they say, “Let’s investigate Donald Trump. Let’s impeach Donald Trump. Let’s imprison Donald Trump.” In their Keynesian little minds they reason that Trump has to be guilty of something, how else could he become rich?

If you pay attention to the Democrats, you learn something very significant about them; namely, they always accuse others of doing what they do. In their mind, when they do something, it’s just natural and right but when others do it, its corruption, shameful, or otherwise wrong. It matters not the subject, you can find this in so many areas of public policy and discourse. One of their favorite accusations is racism, but did you notice that they are the only ones that care about a person’s race. The rest of us care more about the content of one’s character, but everything Democrats talk about is based on skin color and other categories that only they care about.

Likewise, they are now accusing Donald Trump of doing what Joe Biden actually did as Vice-President; the difference is that Trump never did it and Joe did. Thus Democrats have one rule for themselves—the ruling class—and another rule for everyone else. The corollary is that it’s patently unfair to hold people to the same standard.

But why impeachment? Is this Nancy Pelosi’s Hail Mary pass to achieve the impossible or her last ditch effort to hold on to the Speaker position? Both?

I think you have to go back to the time when Democrats last hated someone as vehemently as Trump and that President would be Richard Nixon.

(Democrats didn’t hate Ronald Reagan, they just didn’t take him seriously and unlike Trump, Reagan was a likeable guy and worked with both parties.) Democrats came off the 1972 revolution when Pelosi’s generation took control of the Party and were promptly focused on crucifying Richard Nixon. Nixon was Vice-President during the McCarthy hearings and hated communists. For many, it was payback time. Nixon was only guilty of trying to protect his friends but back then that was enough to run him out of office. Nixon was ultimately forced to resign because of phone calls—sound familiar. Why do you think no tape exists of Trump’s call to Ukraine? Nixon had tapes and was crucified for it in Congress. Now because Trump has transcripts and not an actual recording of the call, Democrats will try to use that against him. Do you see the circular reasoning employed here? If you have a tape we’ll use it against you and if you only have a transcript and not a tape then we’ll use that against you too because that means you must have something to hide.

I think the Democrats are trying to relive the glory days of Watergate but the glory is only in their heads and not based in reality. Neither the Broad Squad and their fellow travelers towards Communism nor Donald Trump are going to let this reenactment end like last time.

The impeachment effort has already come off the rails because the narrative has been proven to be based on lies, innuendo, and fabrications.

Then it seemed to fall apart. It turned out that the Ukrainian government apparently had no clue that Trump was even withholding military aid – and without such a quid, there couldn’t be a pro quo. The Ukrainian president publicly proclaimed that Trump hadn’t pressured him. The whistleblower report turned out to be third-hand gossip rather than first-hand information. And allegations of a cover-up imploded as the Trump administration released information ranging from the transcript to the whistleblower report itself.

Two other thoughts on the impeachment thing. First, Trump has a right to defend himself from the accusations of the Democrats; to expect him to just sit there and take it like George W Bush did for eight years is not going to happen. Trump will vigorously defend himself. Second, Trump promised to investigate the corruption of the last administration. Clearly Hillary Clinton and Joe Biden deserve scrutiny given their known behavior while in office. There is enough on the public record, often in their own words, to indict either. Is this impeachment push a ruse to thwart forthcoming criminal charges on one of them?

Folks, this impeachment thing will result only in the termination of Joe Biden’s candidacy for President. As others have predicted on this blog, Biden couldn’t win, place, or show in any early primary states anyways. Given the weak Democrat field, it is possible that someone else may step off the sidelines and enter the fray. The filing window will begin closing soon in some states but if the field remains like it is, I see Trump easily winning reelection. I can’t speak to the other side but by their actions, Democrats have boosted the enthusiasm for Trump voters to an all-time high.

The other wildcard to watch is the Supreme Court. I think it highly probable that Justice Ginsburg will not be on the court come next fall. A looming court vacancy will upend anything else the Democrats might do between now and then.