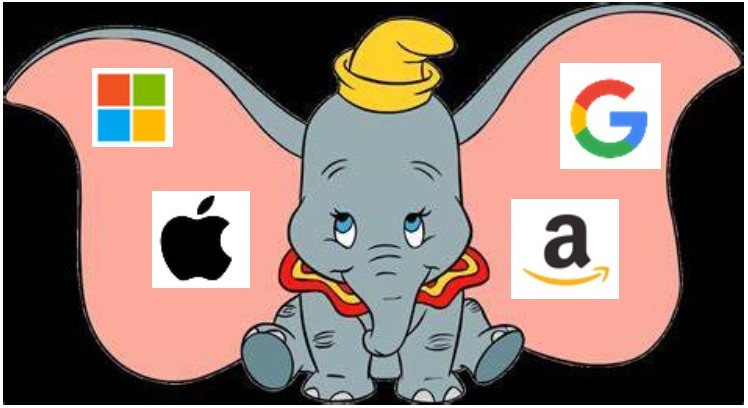 The NSA may be the only government entity that listens to you but the private sector has gone crazy doing the same thing. Amazon, Google, Microsoft, and Apple have all been outed as doing the same type of surveillance.

Today, a report has surfaced that Apple has fired their Siri transcription company in Ireland with virtually no notice.

Apple is terminating the contracts of 100 of workers who were hired to listen to Siri recordings according to a report from the Guardian.

Last month, Apple was revealed to be sending audio data over to contractors to improve Siri. The contractors would accidentally hear private or personal information sometimes, and a few users were scandalised that this wasn’t made clear when signing up for Siri originally.

The firm has put an abrupt end to the program, leading to mass job loss.

As per the report, more than 300 employees have been fired in one facility in Cork, Ireland, and some have been sent home with less than one week’s notice.

Microsoft is also listening and plans to continue the practice.

After Apple and Google, it turns out Microsoft is also doing the same thing.

According to a report from Motherboard which cites an anonymous contractor, Microsoft is listening in to your Skype and Cortana audio as well. Much like Google and Apple do, the firm sends a little bit of audio to its small army of human contractors around the globe for analysis, ranging between 5 – 10 seconds.

The bone of contention here appears to be that while Microsoft does tell users that some of their audio will be analysed, it leads them to assume that it would be AI-based as opposed to human contractors.

In a statement released to Motherboard, the firm said:

“We’re always looking to improve transparency and help customers make more informed choices. Our disclosures have been clear that we use customer content from Cortana and Skype Translator to improve these products, we engage third party expertise to assist in this process, and we take steps to de-identify this content to protect people’s privacy.”

The Motherboard report reveals that contractors are mean to transcribe up to 300 pieces of audio per hour and are paid between $12 and $14 for it with a max bonus taking it to $15 per hour. Contractors have noted that personal and private information has slipped into these audio snippets as originally reported.

Amazon-owned doorbell-camera manufacturer Ring has formed partnerships with hundreds of police departments that allow them to automatically request access to footage after the fact, according to a report in The Washington Post.

Police can use a map interface to select the time and geographic range, which will generate an automated email to all users within the range with a message from the department, according to the newspaper.

Ring, as a private-sector enterprise, has found “a clever workaround for the development of a wholly new surveillance network, without the kind of scrutiny that would happen if it was coming from the police or government,” he added.

Ring also sells consumers both external and internal cameras so what keeps law enforcement or other interested parties from viewing the inside of your house in real time? Also, please note the weasel words in the article above; homeowners are given “the option to decline the requests.” This sounds like a one-time, blanket terms of service option given when the system is first being configured. If so, is a third-party installer giving Ring (Amazon) that permission as part of the equipment setup or the actual resident of the dwelling? This point might be potential legal fodder in the not too distant future.

If you are on the Internet using any program, device, or service, then rest assured that you are under surveillance by someone; the only question is whether the other party is a program or person. Most folks just want to legally separate you from your money but others harbor more nefarious intentions. If you own a smartphone then Apple, Google, and Microsoft know where you live, work, and shop. If you own a car, then the automakers and others in their industry know where you’ve been in your car.

If you truly want privacy, build a Faraday Cage in your home or become Amish. Trust me, your digital footprint is way bigger than your carbon one and much more likely to be dangerous to your liberty.