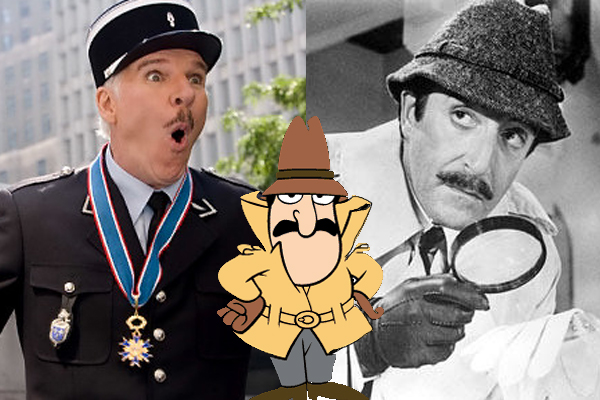 Back in 2015, a young Grant High School football player, Jaulon “JJ” Clavo and 3 friends were in a car going to get fast food prior to their game. Clavo was shot and killed, and his teammate Malik Johnson was shot but not killed. A few days later teenage thug Keymontae Lindsey, a high school transient was arrested and charged with killing Clavo.

Lindsey fit all the descriptions of a killer, he was 15, in the Strawberry Manor Bloods gang, not in school, troubled home environment, and owned a gun. He killed an icon in the area’s football team! Should be an open and shut case, right? Incorrect.

Enter SB1391, which was passed by the Legislature and signed by Governor Brown. This law bars anyone under the age of 16 from ever being tried as an adult. Since this law was signed in 2016 it should not apply to Lindsey, right? Incorrect, language hidden in the law actually allows cases to be re-opened and, in most cases, re-sentenced in juvenile court. So, the bill was like the DeLorean actually going back in time instead of setting a forward-thinking precedent. So, Lindsey, whom juvenile court had already decided could not be rehabilitated (jail doesn’t rehabilitate anyway ask any corrections worker), now had his case re-opened. Citing this law, the judge ruled he had to be tried as a juvenile. The Sacramento DA appealed, and the CA Supreme Court affirmed the judge’s decision. Ultimately, he was to be tried as a juvenile.

Lindsey was found guilty in a bench trial of premeditated first-degree murder, premeditated attempted murder, and discharging a firearm into an occupied vehicle. That sounds very serious because it is, and if Lindsey was an “adult” at the time, life in prison without parole was the likely outcome. Because he was tried as a minor, he must be released from custody before his 25th birthday, Lindsey is 19 now.

Wait a minute. Back up. Did you say what I thought? Correct. A very dangerous person now will get his walking papers from jail at age 25, after killing 1, and make no mistake, he could have killed 3 more, as the bullet was not meant for Clavo it was meant for Jackson. How is this justice when a mother lost her son, and another family likely will lose theirs as Jackson has since joined a gang for protection? If you are unfamiliar, Grant High School is located in a very rough part of Sacramento, where even the police take their time responding to emergencies as to not get caught in the crossfire.

So, what about this law was “well intentioned?” I am of the belief that every story has at least 2 sides, yours, mine, and the truth. I don’t like reading stories of people going away for life based on just one thing, however Murder and anything with aggravated violence is a different story. This Lindsey guy was a gang member and did the deed. Why does he get the same treatment as a first-time offender who may have a real chance to turn his life around? In this deep blue liberal state in which we live, I understand the thought behind the process, it gives a second chance. I reject this thinking but at this time we have no opposition party willing to get into the mud and fight these things. I guess this country was built on second chances, but the person who authored the law (Ricardo Lara) doesn’t seem to understand the way gangs work or worst doesn’t care. First you create a blanket policy, removing the judge from the judicial process, and contrary to public belief, most gang members (especially those currently incarcerated) are very bright when it comes to the law. This case should underscore it, Jackson was not killed by Lindsey, Lindsey killed him because as someone under the age of 16, they knew he would be out at 25.

Don’t believe me? Ask any sheriff who works in the jail, or an officer who works in a gang suppression unit. The law related books are always sold out in the jail library and the members who are incarcerated read them all day…they have nothing better to do. They rely the info back to the street members, and viola, you will soon see a spike in under 16-year olds killing people, because they then can kill another one after being released! The Bible may need to be rewritten to an “eye for two eyes.”

Long ago there was a similar law that was repealed after the gangs exploited it to kill people by getting their youngest members to pull the trigger. Thus, the law gave birth to initiation by murder. Oh, anybody was fair game not just other gang members. It took much effort to repeal the law and give discretion to the courts and local law enforcement. In this case, we are literally repeating the mistakes of the past. Like socialism, apparently some folks on the Left think that the only problem with the idea is that the right people just haven’t tried it yet.

In conclusion I hear a lot about unfairness in the judicial system and this underscores it! Think about the victim’s family. She already must live a daily reality of her son being taken from her and now she gets to go to bed knowing the killer will be out in about 6 years? Where is the justice? I hear from lawmakers all the time claiming that our system punishes people of color…in this case they were both black! (Statistically, blacks are almost always killed by other blacks.) Where is Black Lives Matters here? Clavo was by all accounts a good kid…this Lindsey…a scum of the earth thug. When did the GOP stop caring? Where are the DA’s, the Sheriffs, the judges, the people we are told actually are tough on crime? More people will die because of this, and all I hear about is a half-baked recall plan to remove Governor Newsom or about how we need to spend millions more on “homeless” initiatives; we need to wake up people! Why do I get a feeling this Lindsey fellow probably wouldn’t be turning in his gun if we passed a law saying he must do so? Anyone want to take bets this Lindsey is back in prison or 6 feet under within a short time of being released?

The Blog Father and I speak often about liberalism and both of us believe it is a disease. I think that thesis is supported by laws like these. It’s a feel good, well intentioned law, but it winds up backfiring. Also notice, it was never voted on by the people, it was legislated, and signed by the governor as to not allow us pawns to weigh in. The ruling Party can’t risk a disaster like when we voted for Prop 8. Like I said above, I think a repeal vote should be in order, but I don’t have the money or the knowledge to run something like this. When you are a super minority party, it’s time to fight the battles you can win on.

Oh, by the way Ricardo Lara, the author of this garbage, is the Insurance Commissioner and boy does he have some radical ideas he is working on! Too bad worthless Aaron Park won’t share them on his blog…strange since Aaron claim to be an insurance agent in a wildfire zone!