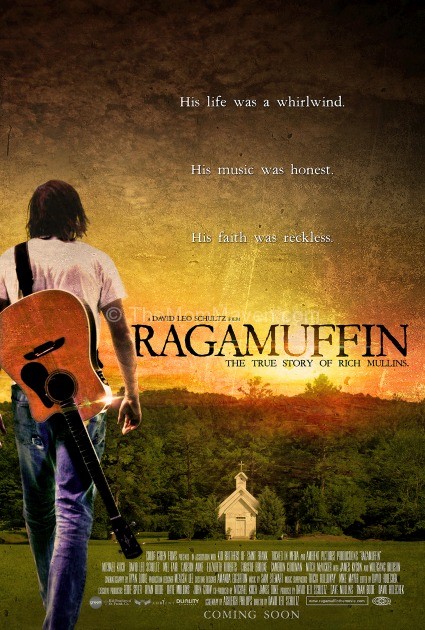 I found an obscure gem on Amazon that you can stream this weekend while you are hiding out from the smoke. (FYI I will be outside mowing the lawn and walking the dog because I already saw this movie and refuse to wear a face mask.) If you search for the title on Amazon, you will find two movies about the same person, one is a documentary that is free and the other is the movie that I’m writing about today.

This movie, Ragamuffin, is a dramatic portrayal of Christian singer/song writer Rich Mullins. It stars Michael Koch as Rich Mullins. It costs money to rent the movie (about $4) but is well worth it.

A lover of Jesus and a rebel in the church, Rich refused to let his struggles with his own darkness tear him away from a God he was determined to love. As he struggled with success in Nashville and depression in Wichita, Rich desired most of all to live a life of honest and reckless faith amidst a culture of religion and conformity.

The descriptions of the movie found on the internet are not really on point with one part of the story, Mullins did develop a relationship with a Navajo Indian reservation but contrary to the reviews, did not quit the rest of the world to go live with the Navajos.

The movie is about how Mullins faced his demons head-on and challenged others in the church to honestly live their faith. 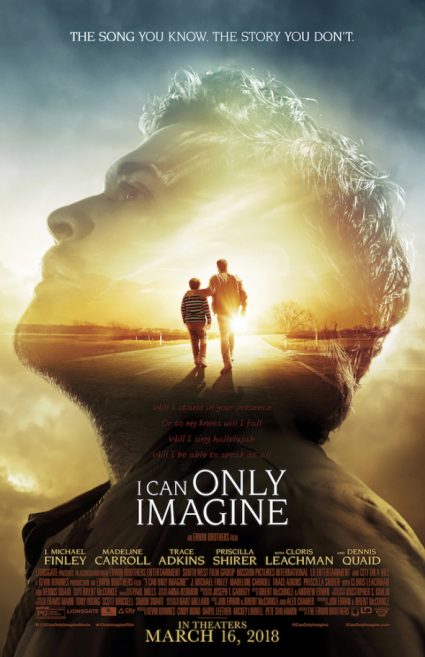 Both movies are about Christian musicians/song writers that wrote breakout hits, both feature dramatic portrayals of Amy Grant who’s shadow looms large over both men’s stories, and both men had problems as adults due to broken relationships with their fathers. The similarities end there.

Mullins was a broken soul that was deeply flawed and knew it. Instead of anger at God, he tenaciously cling to his faith. Many will be offended that this guy claimed to be a Christian in good standing. He chain smoked, is alcoholic, and often refused to obey authority figures in his life. Mullins followed the beat of a different drummer as only an artist or genius would. Mullins reminds me of King David in the Old Testament; a deeply flawed individual that God calls “a man after his own heart”.

Mullins was influenced by Brennan Manning. Manning wrote The Ragamuffin Gospel: Good News for the Bedraggled, Beat-Up, and Burnt Out.

Brennan Manning wrote The Ragamuffin Gospel “for the bedraggled, beat-up, and burnt-out,” the marginalized folks to whom Jesus ministered: the children, the ill, the tax collectors, the women. In other words, the ragamuffins. Manning understands better than most that behind our facades of order and self-assurance are inadequacies that can find healing only in Jesus. While the powerful and religious elite challenged him, Jesus embraced and healed and fed the needs of the ragamuffins. Jesus delivered love, healing, and, most of all, grace.

Grace is defined as “the freely given and unmerited favor and love of God.” But, as Manning points out, we have “twisted the gospel of grace into religious bondage and distorted the image of God into an eternal, small-minded bookkeeper.” In reality, God offers us grace immeasurable. Brennan Manning gently encourages us to embrace that grace in the face of our greatest needs. And Manning certainly knows whereof he speaks, having taken a journey from priesthood and academic achievement through a collapse into alcoholism. Manning came face to face with his need, finally abandoning himself to grace. And he invites us now to join him in a life of grace.

The Ragamuffin Gospel: Good News for the Bedraggled, Beat-Up, and Burnt Out.

The other thing that I really appreciate about this movie is that the music is not lip-synced. The guy playing Mullins, Michael Koch, is actually singing Mullin’s songs. I can’t tell you how rare that is in any movie.

This movie is about a real person with real problems, many of which you’ve experienced or know someone who has. It is about a real relationship with God not something you do once a week so you can live how you will the rest of the week.

God loves you as you are right now. If you have trouble believing this or wish you could, I encourage you to spend two hours watching this movie. In the final analysis, we are all ragamuffins needing God’s grace.