Blue Wave or not tomorrow, the Democrats lose anyway. But what a preposterous claim you ask? Not really. Let’s discuss the dynamics.

Right now, conventional wisdom says that Democrats lose a few seats in the Senate and take control of the House.

Senate
I agree that the Republicans will likely increase their majority in the Senate. Please note that this is unusual for a midterm election following a new President taking office. The new Republican controlled Senate looks to be more conservative than it was when Trump took office. John McCain and Jeff Flake are gone, and Lindsey Graham seems to have grown a spine. Who would have predicted that? Ted Cruz owes his reelection to Trump and many of the newly elected Senators as well.

This victory insures that Trump will populate vacancies in Federal Courts with conservative jurists. Look for the Ninth Circuit to move from being an accomplice to our crazy laws in California to becoming an obstacle and a check on the nuttiness here in the once Golden State. Remember too that Trump will likely be replacing Ginsberg and Thomas with younger, conservative judges.

House
If Republicans hold the House tomorrow, they owe it to Trump. Trump has remade the House and the new members elected tomorrow will be more conservative than the previous group. Remember that over 40 Republicans quit and did not run for reelection; including, Speaker Paul Ryan. Thank you, Lord.

Trump has had an openly adversarial relationship with the Republicans in the House and either way that ends tomorrow. Trump has crushed any talk of a Democrat wave sweeping the country. He was greatly assisted in his efforts by Senator Dianne Feinstein’s attacks on Brett Kavanaugh.

Yes, tomorrow Democrats will do well in New York, California, Illinois, and other Liberal places but that don’t really matter. The voter turnout thus far seems to suggest that Republicans are voting in high numbers and there is a definite undercurrent that the models used to project Democrat dominance tomorrow might be overly optimistic. But let’s suppose they take the House. How does that translate to a Trump victory?

When Republicans control the House, Trump can’t go around calling the members of his own Party “the enemy”. Politically that doesn’t fly even though we all know it is true. However, if the Dems win, he can go to war with the House all he wants and since they are the opposition Party such rhetoric is expected.

If the Dems win, what is their mandate? We don’t like Trump? Impeach him? OK, so now what?

Trump will probably get more done with Democrats in charge than he could with Republicans running the place. Trump will wheel and deal like Monty Hall. 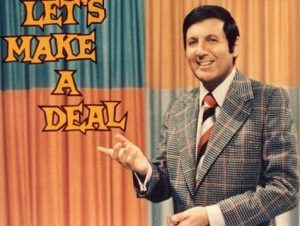 He will peal off some for this and others for that. Once Dems start working with the guy it will be terribly hard to demonize him when many areas of traditional party gridlock don’t happen.

At the same time, Trump gets to do what I have been saying he wants to do; run a slate of his own people in 2020. Guess what, this slate may not be a Republican only slate. What if he puts forth a bipartisan slate? Any slate that Trump puts forth also nationalizes the election. This neutralizes the impact of the “all politics is local” mantra and makes the Contract with America look like a middle school scrimmage.

If Republicans keep the House Trump gets the credit. If they lose then Trump gets a green light to remake the Republican Party with his own slate and will take back the House in two years. With Democrats in charge, Trump will get to school the country on “The Art of the Deal”. 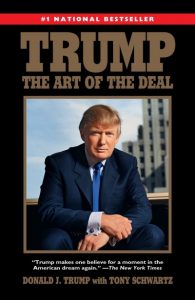 Unlike Obama, Trump has a positive track record of accomplishments creating jobs and boosting the economy. His job in the next few years is to convert his Executive Orders during the last two years into legislation approved by the Congress so that when the next guy comes along, he can’t undo what Trump has done. Much of Trump’s wheeling and dealing will be to get these changes codified into Federal Law.

Thus, whatever happens tomorrow, Trump wins. A win for Trump is a win for America. 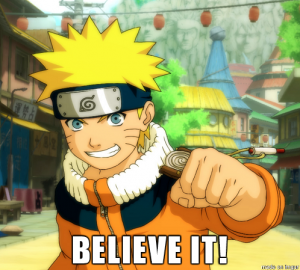