No, its not the Democrats, it’s the CRA.

Anointed CRA leader and Texas resident Ted Cruz is in serious peril for his re-election.  The latest poll shows him leading something called a Beto O’Rourke by just 2 points.  President Thomas N Hudson has called for all CRA members to “pull a DNC, and leave the state of California, and re-register in Texas” for the sake of the country.

So, CRA members do what you must do. If Ted were to lose his Senate seat, there is no way he can beat totalitarian (your group’s words not ours) leader Donald J Trump in the 2020 primary. 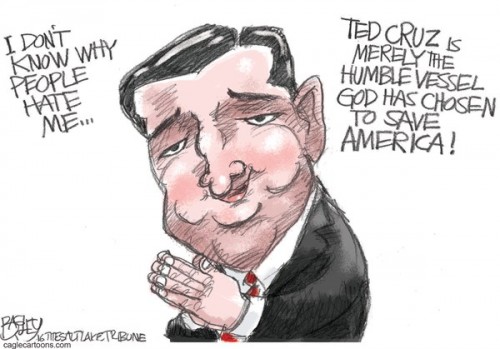 Say you live with someone—like your parents or whatever—but hear the plea to help Ted. You must answer for the sake of the country. Thankfully Texas has early voting, so you could cast you ballot in the Lone Star State 30 days before the election and be back in time to vote for Gavin Newsom come November. If you happen to be on the fence or think this could be construed as voter fraud, remember, God wills it!  Besides the membership list used by CRA is from last year or the year before so you’ll never be missed. Above all else, God wills it!  Do not let Ted die in vain, answer the call!