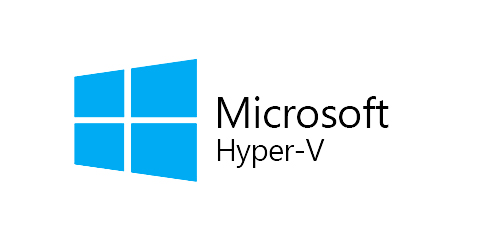 A coworker has an old program that he couldn’t get to run on his computer, so he asked me to help. From the description of the program it sounded like it was probably written with 16-bit code, so I told him about DOSBox. He had never heard of the program; nevertheless, I convinced him to try it. (I like D-Fend Reloaded mod)  Once he got it installed he tried to run his program. It gave him an error because he didn’t have Windows installed.  After several text messages, we agreed that he would bring the program CD to work, give it to me, and I could try it at home the next day.

In the meantime, I pulled out my old Windows for Workgroups 3.11 CD and tried to figure out how to install it on DOSBox. Yes, I know there is no such thing as a Windows 3.11 install CD, I made it myself almost 20 years ago. The CD is also bootable, I tweaked an image of a Windows 98 (or ME) rescue floppy and added some improvements. It can install WFW and Norton Desktop—a product that looks suspiciously like Windows 95 but is much older. It makes 3.11 have a different desktop experience and features portions of Norton Utilities as part of a graphical interface. It’s really cool software. After fiddling with DOSBox for a while I was able to get Windows installed. Oh, nice thing about having it on CD is no prompts for inserting the next floppy disk.

I then had to configure the sound card and video. Sound was easy, just select SoundBlaster and set Interrupt and IRQ—typical old school stuff. Video was a big problem. I picked Living Books “Arthur’s Teacher Trouble”. Believe me it was trouble too. The video in DOSBox just wouldn’t go. I changed the settings within Windows to every size and shape monitor but they all failed. Finally, I found a complete answer which I’m happy to link to HERE.
Having conquered Broderbund, I decided to revisit Microsoft virtualization in Hypervisor. I clicked on Hyper-V Manager in my Windows 10 machine and found a treasure—or so I thought; a relic of Windows 7, I found Windows XP. I tried running it and it errored out. One error was that the network settings were invalid. I was forced by Windows into a reboot after each failure. Unable to get it running, I decided to use the same virtual hard drive but use it in a newly created session of Hyper-V. I accepted the defaults and tried to create a new virtual PC. After letting Hyper-V run for about ten minutes I aborted to program. I knew something was wrong, it should only have taken a few seconds.

While messing with the virtualization software, I noticed that the virtual network card was running but my regular network card was dead. It said no network cable was attached to my computer. I tried many things, but none worked:
• At elevated Command Prompt: netcfg -d
• Help in Hyper-V had no content when I tried to use it
• Restore Point from a week before
• Delete all network cards in Device Manager
• Delete Hyper-V
• Reinstall NIC drivers
• USB network card (which said no ethernet cable attached to PC)

All these ideas and a few more failed. But things got worse.

In the midst of this, the Wi-Fi for our whole house went down and despite several reboots, nothing happened. I checked with a friend in the area and his connectivity was normal. On my phone, the ISP website assured me that there were no outages in my area. I ended up having to do a factory reset of the cable modem to get anything running. More than three hours after I tried to run my virtual hard drive, I finally admitted defeat and went to bed.

This morning, I was contemplating running a cable from another part of the house to my computer until I could get a wireless dual band NIC. Just for fun, before I left for work, I unplugged my computer from the hub in my wiring closet and plugged the cable into an unused port and immediately the green light came on and my computer was connected. I was glad to have my computer connectivity back but…

Folks think about it, a malformed piece of software on my desktop computer had the power to kill a port on my gigabit hub and my cable modem/router at the same time. Port 8 on my hub is dead and buried and a factory reset was needed to recover connectivity to the Internet. It sounds like I may have stumbled onto a bug or potential exploit. Whatever happened, I hope the boys in Redmond get this fixed. A simple message that this is not a supported operating system would have saved me a few hours of inconvenience.