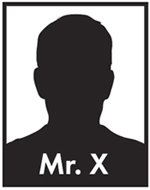 I’ve been a loyal reader and blogger in this space for about 10 months, but who’s counting, except maybe the CRA.  I want to just re-hash a few things William has been really right about and clear up some questions about who I really am.  First and foremost, William nailed it on healthcare. He has been saying this since late last year folks; do not kid yourself he is no Johnny come lately.  He has been pounding the table about Lyin’ Ted having never submitted any piece of legislation let alone an attempt at drafting legislation, during his brief DC tenure.  The GOP created a CRA-esque lie about all the legislation that would occur the minute they had control of all levers of DC.  This is due in part to the in depth knowledge prior to the 2016 election that the Republicans would keep the House and Senate, and in all likely hood lose the Presidency.  Then Donald J Trump won, and the congressional GOP went on full tilt.  William and I are willing to wager better than 50% of the GOP members of congress voted for Hillary or 3rd party to keep the “repeal and replace someday” slogan alive.

William also nailed it on CA GOP being relegated to third party also ran status in this state.  Truth be told, I have a feeling most of the California GOP has moved to Texas, Arizona, or Nevada already.  I look forward to the day when William makes his move and relocates closer to X.

Before I close I want to say this, it has come to my attention that 2 members of a CRA unit in south Sacramento County have been saying my columns are incorrect or full of lies.  I say this to both of them, if my analysis or anything is wrong I will happily retract and delete the fallacies.  Unfortunately there will be none, because I haven’t shared anything not true.  Aaron Park was supposed to be in jail, remember or was I wrong about that?  People who the CRA endorsed?  Was that incorrect?  These two are suffering from a term called Trumpaphobia, a term I’m coining because this is what happens when you wanted Ted Cruz to be nominated, then when that failed voted for Hillary to preserve status quo.

But here I will tell you who I really am; I am a former CRA vice-chair.  I am a former unit president.  I no longer live in the state of California. I’m not in Jefferson either for the CRA folks who read this.  Don’t even get me started on that movement.