Recently my Microsoft Band 2 died; and for the last time since it was out of warranty. I really enjoyed the MS Band. It integrated with both my Lumia 640 and later 950 XL and had many features that other fitness bands and smartwatches still don’t offer. The warranty service from Microsoft was amazing but sadly too frequently. The flaw with the device was the Android operating system and battery. Once the battery was totally depleted, the watch would often fail to boot-up anymore.

I tried two other watches as replacements for the Band.

First was the Vector Smartwatch. When first released, this watch was praised for compatibility with the Window OS and recommended as a possible replacement for the MS Band. The company was recently purchased by Fitbit and was supposedly compatible with my Windows phone. The watch display was monochrome not full color like my Band. It would not connect to my phone under any circumstances. My phone could never see the device via the Bluetooth connection. I tried firmware updates and many other things to no avail. After several days, I finally returned it to Amazon for a refund.

Garmin also has a watch that did some things that my Band would do so I decided to try it. It too, was supposedly compatible with the Windows Phone OS with a caveat that it might loose Bluetooth connection occasionally. This too was a mixed bag of results. The watch itself was great but it would not maintain a connection with the phone. However, Garmin has a Windows program that runs on my PC and it works great. It is possible to use the watch without any smartphone connection. Lastly, the Garmin watch can go about five or six days on a single charge and is waterproof too! 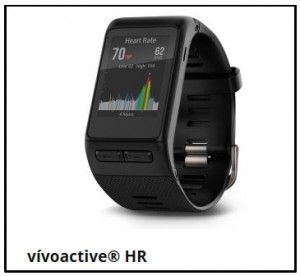 After trying two watches that both were supposedly compatible with Windows Phone and the trickle of media reports that per their financials, Microsoft was terminating support for their Widows Phones at the end of June 2017, I came to the conclusion that the smartwatch phone applications were “abandonware”.

Sensing both my frustration at the lack of support for the Windows mobile platform and knowing that her Band would be failing soon, my wife prompted me to buy an Android phone. Like many folks, I took a look at Samsung but the prices of their Galaxy phones are crazy. I will not pay over eight hundred dollars for a phone. After looking around, I decided to try the ASUS “ZenFone 3 Zoom 5.5 ”. 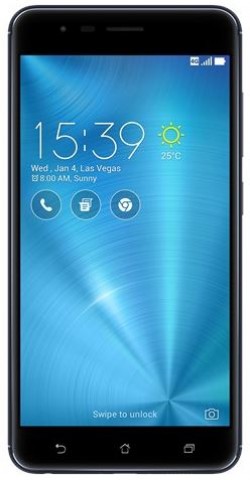 This phone has a mid-range CPU and a better than average camera. The phone comes with USB cable, wall charger, headphones, and case. It also, comes with a promise to be upgradeable—at some point in the future—to Android 7.

While I have constantly heard that Microsoft’s ecosystem suffered from an “app gap”, two of my favorite apps are not available on the Android platform. The Milton Bradley game Battleship has no app in the Android store. (It was in the Windows Phone Store but was pulled a few years ago; probably when Electronic Arts acquired the company.) I played Battleship almost daily since I bought the game. Whatever Aaron Park might say not withstanding, it was my “go to” app when camping in the boy’s room. The other app that was a constant friend was Quake Watch. While there is an app by the same name in the Google Play store, it is not the same in terms of information or versatility.

In the next few paragraphs, I plan to compare my experiences with both Operating Systems.

Windows Phone a.k.a. Windows Mobile 10
Advantages
Live Tiles
Live Tiles are the cornerstone of what makes the Microsoft mobile OS different from Android or IOS. Each icon can—if the developer allows it—scale to at least three different sizes on the phone screen. In addition, each tile can give you current information that is pushed to the phone. For example, the weather app can give you current temperature without opening the app. The money app can give you the Dow-Jones close for your favorite stock, and a news app can tell you the latest headlines without even opening the app. The newest iterations of the live tile could even take you directly to the story on the tile that you clicked on when you selected the app.

Glance Screen
Let you see time and selected alerts without logging into phone. This was a semi-sleep mode for the phone without going to log on screen. Screen was black with white text. The idea was provide the user information without using too much battery life.

Other features that I did not use were VPN and Continuum.

Disadvantages
Live Tiles, Glance Screen, and other features cause battery life to be about 1 to 1 ½ days.

Apps were not continually updated. I have already mentioned Battleship. This was removed from the Store a few years ago but I could still download it because I had purchased it. MyFitnessPal was another app that was dropped from the store. I could continue using it but if I ever logged off of the app then I would not be allowed to get back in. Then there were the apps for the fitness bands/smartwatches that are no longer supported. They are virtually worthless but still listed in the Store.

Some phone features were deprecated or removed by Microsoft.
• For example, all phones have an FM radio built into them but Microsoft dropped support for the FM radio feature from their operating system leaving this functionality to be supported by third parties.
• For many years, Microsoft has built NFC into the phone but never developed the software to support the feature. Only about five banks in the United States supported the wireless payment feature.
• Also, Microsoft used to allow me to go onto a website using my PC, purchase apps for my phone and they would magically appear on my phone a short time later. Google still allows this but MS stopped this a few years ago.
• Lastly, my phone quit supporting visual voicemail and attachments to text messages. (This last could be a carrier issue and not a phone one but I didn’t ever get to the bottom of it.)

As I get into this, I am fully aware that the newest version of Android is 7. My ASUS phone was at a reasonable price point for a cash purchase at $330. It also will be able to upgrade to Android 7 in the future. And yes, I know that might not be a certainty in the Android world but I would trust a promise from ASUS before I would a cell provider.

Disadvantages
Missing and deprecated apps. Battleship, Groove, Quake Watch
No app notification integration.
No NFC radio—specific complaint to my phone
Desktop is cluttered and clunky.
SD Card—can’t move apps to this card.
Despite assurances on the Internet that Android 6 supports it, my device is not capable of 5 GHz Wi-Fi and the OS doesn’t offer the option.

Android apps do not natively integrate into the operating system the way that Microsoft’s OS does. When I load an email app on a Windows device, the app will notify me and any devices that I sync with—including my PC—that I have a text or email.  With a few clicks, I could fully integrate Google mail, calendar, and address book but the reverse is not the case. On Android, the app installs and that’s it. Even after enabling permissions the app does very little. You need to drill down into the app to allow notifications and any app that you want to provide a notification then must also be linked to the other app.

For example, I installed Outlook on my Android phone. I had to drill down into the app until I found the notification settings, then I had to enable the feature. This then allows the phone to be notified that I received an email. Once that was done, I had to go into the Garmin app and enable Outlook notifications as a third party app in order to get notifications to my smartwatch. The process is convoluted and poorly documented—if at all.

Microsoft Groove does not work on Android the way it does on a Windows phone. The app has no ability to find music stored on an SD card. It can do this on my old phone. I can stream music via Groove or Amazon but prefer to have it stored on the SD card so as not to waste my data. When streaming, most of my stuff is on Amazon not One Drive. The bottom line is that Groove is no longer on the Droid phone.

The SD card was not what I expected either. Even though it is physically located inside the phone, the Android OS will only treat it as a removable drive and not as internal storage. Thus no apps can be moved from the internal memory of the phone to the SD card. My old Android phone had this feature four years ago. My son has an Android phone that we bought new for $5 two years ago that can do this so why can’t my $300 phone? Stupid design!

Android seems to use fewer resources on the phone hardware and thus appears more nimble but many of the apps on the Windows phone could scale to both mobile and desktop environments. My opinion is that apps are more limited in their abilities and generally I will take a full-blown program over an app any day—be it on a phone or PC. Moving to Android is like going from Windows 10 to Windows 98. Windows 98 had better screensavers (After Dark, Johnny Castaway, etc.) but Windows 10 is more productive and secure.