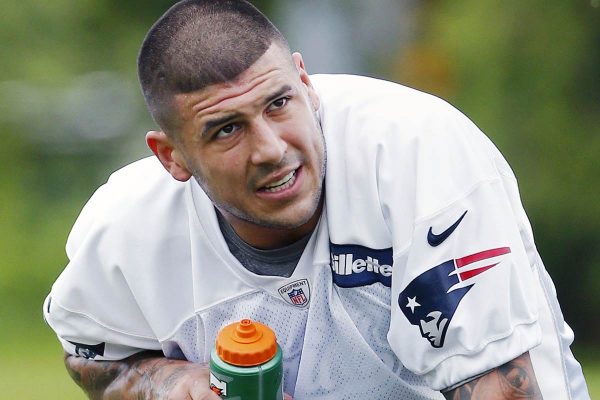 First of all I would like to thank William for the opportunity to write in this space about a couple issues; entitlement, and the sissifying of America.  Aaron Hernandez—specifically his actions in college and in the pros leading to his arrest—will lay out my argument that our entire education and athletics system is broken and in bad need of repair.  We can all agree that in our current scholastic system, everyone gets a participation trophy, and there are no clear winners or losers.  This goes for everything; science fairs, baseball, soccer, etc.  This sets up our youth to fail badly as they approach, high school, college and then the real world.  Failing badly has to do with being unprepared but only to an extent, mostly it has to do with being coddled, and sheltered from any consequences.  Without further ado let’s look at the plight of one Aaron Hernandez as told by ESPN.

Aaron Hernandez lost his dad at age 16 from complications from hernia surgery.  So right here the liberal elite set the stage for a “rough upbringing.” I can say I have no idea what it is like to lose a father at a young age, but his father was most definitely not a thug.  The story goes on to say that Aaron began showing rebel behavior and ignoring authority.  I again find this hard to believe since he was offered a scholarship and signed with the University Florida Gators.  Let me be clear, signing a scholarship doesn’t imply an athlete is a saint, but the amount of due diligence done by the university and coaching staff tells me there could not be too much smoke with Mr. Hernandez.  Rebellious behavior?  I think that is a pre-requisite for all high school age students?  Am I wrong?  The real issues with Hernandez didn’t start until he entered college, then he was coddled and babied by world class football coach Urban Meyer.  This is where society really did in Hernandez; he always had an adult figure and a very powerful one at that, cover up drug tests and make excuses for young Aaron.

In 2007 as a 17 year old freshman, Hernandez after drinking two adult beverages, attempted to leave a bar without paying. When confronted by the bouncer, Hernandez punched him so hard it ruptured his eardrum.  Police recommended charging Hernandez, but Meyer convinced them to allow internal punishment to suffice.  Let’s take a look at something here, a 17 YEAR OLD, at a BAR, having DRANK 2 DRINKS, then committing battery, yet Urban Meyer thought nothing was wrong here?  Maybe because Tim Tebow was on the team all of this would go away, maybe reading the Bible daily as Urban Meyer claimed Hernandez did, would help him find guidance.  This cover-up was also aided when the local District Attorney decided not to press any charges opting instead for “deferred prosecution.”  Let me be clear, numerous people had an opportunity to nip this in the bud, however they all passed or enabled. Then almost 6 months later….. 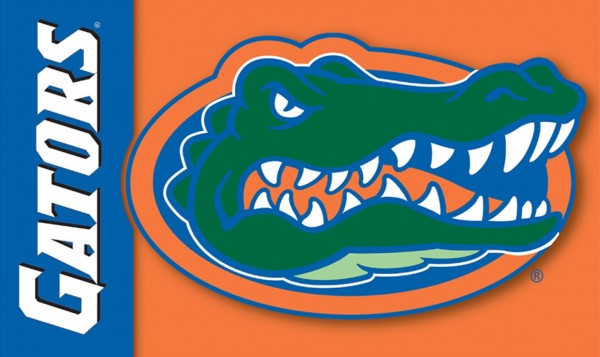 September 2007, Aaron Hernandez was identified as the shooter in a shooting that injured 3 people.  Even with witnesses identifying him as the shooter, Hernandez walked free with no charges filed.  Notice a pattern here?  Each time the athlete gets into trouble someone—either a coach or law official—gets in the way to avoid negative consequences.  Nothing much was heard from Hernandez over the next two seasons, his draft stock rose and after his junior season, he declared for the NFL draft and was selected in round four, guaranteeing him around $700,000.  Strange, as a big fan of college sports, I had Hernandez pegged as a first round talent. He fell pretty drastically for a player as lauded as he was in college.  He won the award for best college tight-end, a very prestigious award given out once a year.  Then details about his college and personal life began to trickle out. He admitted to smoking copious amounts of weed.  Strangely enough, he never failed a drug test at Florida, or did he?  University of Florida hides behind HIPPA laws regarding drug tests but even Hernandez admits he failed at least one.  Hernandez was never punished for any of these crimes he committed, actually worse yet, authority figures hid him from reality.

Fast forward a couple years in the NFL. Hernandez—as one of the game’s best tight-ends—lands a five year, 40 million dollar extension!  Not only making him one of the highest paid at his position, but making him an extremely wealthy man. This was in 2012; remember that year.

In June of 2013 he was named a person of interest and later arrested in connection with the murder of his friend and the husband of his fiancés sister, Odin Lloyd.  Lloyd was a friend of Hernandez.  Hernandez would be convicted of murder in April of 2015, sentenced to life with no chance of parole.

Then came more allegations; suddenly he was being questioned about that double shooting at the University of Florida again.  Worse yet he was “arrested” on charges of double murder in Boston in July of 2012, after he signed the extension!  It was alleged he killed the two victims because one of them spilled a drink on him, and the other shot him a dirty look.  Don’t get me wrong he was acquitted by expert legal help, and prosecutorial missteps, in this case, but Hernandez was not innocent.  He was never tried in the shooting that occurred in Florida.  He was accused of shooting his friend Alexander Bradley while he was in the same car as Hernandez after a late night trip to a strip club, again, no charges filed.  Hernandez committed suicide in prison on April 19th 2017; he may or may not have had synthetic marijuana in his system, and apparently—according to TMZ and other sources—had a boyfriend in jail and didn’t want the word to get out.

The Patriots football team sued to recover all the bonus money paid to Hernandez and it appears his fiancé will get very little or none of that money.  Good, it doesn’t belong to her.  His lawyers are trying to get his conviction thrown out by some loophole in the Massachusetts legal system; America is great if you can afford great lawyers.

The point of my writing is this, Hernandez and other athletes are getting coddled and babied by our new politically correct, “my son would never do that” culture that has poisoned our education system.  Lost a parent early in life, congrats you had a rough upbringing, thereby justifying your actions.  Fail a drug test?  Well a little weed never hurt that much, we should legalize it anyways.  Underage drinking, everyone does that right?  Shoot someone?  May have been an accident and hey we’ve got a big game this weekend, I will take care of this I’m the coach after all.  The football game or basketball game on Friday night takes precedence over the classroom.  Discipline that could have been instilled never happened and as a result a high school in Connecticut, a University in Florida, and an NFL team aided and abetted a murderer.  Make no mistake about it, Hernandez is not a troubled youth or a product of a broken system, and definitely not a good kid.  He is a murderer, who ran around killing people with his Glock.  Three people were murdered and at least two others were shot by this thug, so enough with the politically correct BS.

Memo to the baby boomers and Gen X, the coddling and excuse making needs to stop, start holding people accountable.  No more safe places or spaces and let’s allow the police to do their job.