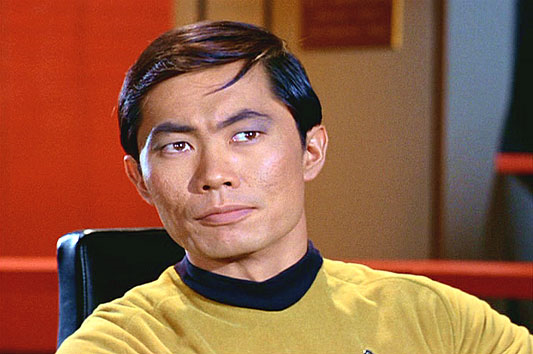 So what has Marvel been up to lately?

Over recent years, Marvel has made efforts to include more diverse and more female characters, introducing new iterations of fan favourites including a female Thor; Riri Williams, a black teenager who took over the Iron Man storyline as Ironheart; Miles Morales, a biracial Spider-Man and Kamala Khan, a Muslim teenage girl who is the current Ms Marvel.

Writer of the Kamala Khan Ms Marvel series, G Willow Wilson responded to Gabriel’s comments … and criticising Marvel’s tendency to introduce the new iterations of fan favourites by “killing off or humiliating the original character … Who wants a legacy if the legacy is shitty?”

If this sounds familiar, it should. George Takei, said something similar about the last Star Trek movie, when producers decided to make his character—Hikaru Sulu—into a homosexual, complete with “husband” and baby. Takei said they should have made a new character, not changed the cannon of Star Trek.
“Unfortunately, it’s a twisting of Gene’s creation, to which he put in so much thought. I think it’s really unfortunate” – George Takei

Hollywood is hell bent on making this issue one that you can’t avoid. Look at it from their point of view, they get to simultaneously teardown some part of an American symbol or institution and replace it with something else.

Partly, this is laziness on their part described as creativity. Stan Lee or whoever pours decades of work into something and then some young punk comes along and highjacks it in the name of diversity. Why? It’s hard to make an original thing successful.

Revisionism, especially as it relates to homosexuality, is just the latest fad in Hollywood. Xena: Warrior Princess and Wonder Woman are slated to become “gender-benders”. Xena is being revived by NBC as a television series and Wonder Woman—in her second movie—is expected to “come out”.

This is just the latest iteration of Democrat group politics. No character stands on its own merits. Everybody is just assumed to identify with a group, and the group must advance or no one does. This plantation mentality is just dumb and shortsighted; not to mention insulting.

Dear Hollywood Liberals, the more you push these issues, the less of your products that I will buy. I want characters that are entertaining and have a moral code not ones that get their identity with who they sleep with.
• I dumped my DirecTV a year ago because of this.
• I’ve seen every Star Trek movie except the last one because of this issue. Oh, and I will take a pass on the new Star Trek TV show on CBS because you are pushing homosexual characters.
• I’m done with most everything Disney because of this and yes, Disney there are many children in this country that have never owned a Mickey Mouse piece of clothing or even know who you guys are because of your abandonment to “family values”. If Star Wars or Marvel movies go the direction of Star Trek then I’m done with them too.

I want something my children can see that has good role models not morally broken ones. If I want my kids to see morally broken people and what they are really like then I’ll let them watch the evening news not your programming.