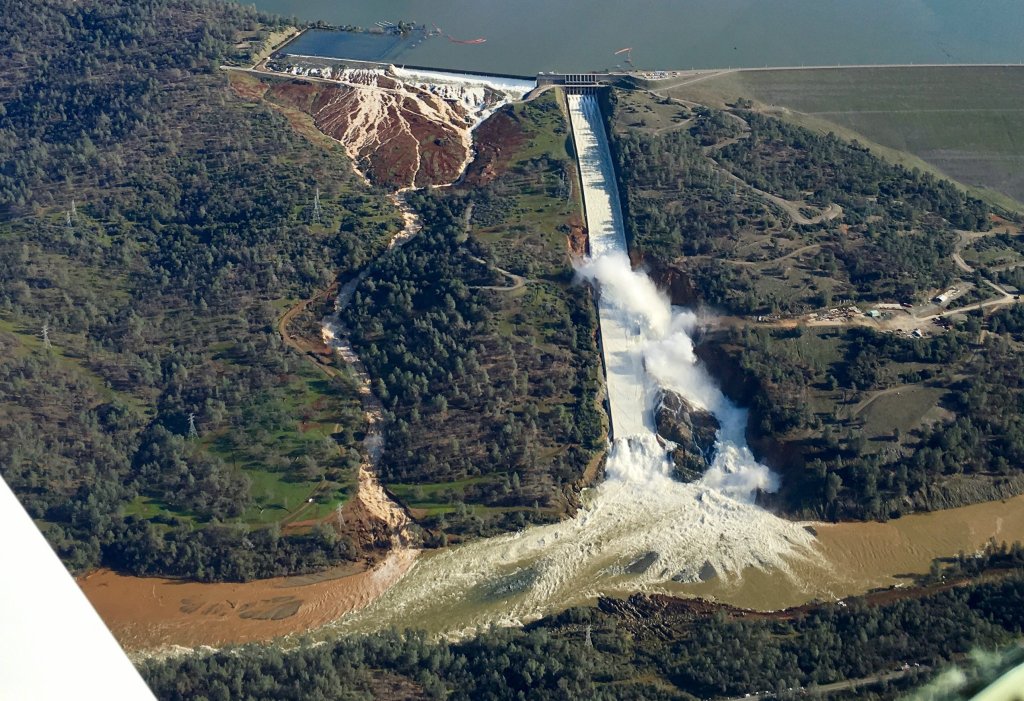 Steve Camp did a song many years ago about “playing marbles with diamonds”. Camp was lamenting the fact that the Church seems to squander its opportunities and not take its job seriously. In like manner, the State of California is failing to take the issues relating to the Oroville dam seriously.

As I’ve stated before, nobody in State government has ever been involved in the construction of any large scale water storage project. There is no institutional memory in the government bureaucracy of how to successfully do such a project.  All anyone knows is that a mountain of paperwork is required before such a project can be undertaken; a process that can take decades to complete.  In their mind, a fix is not possible if they go thru normal channels; however, nobody wants to cede their part of the regulations to get the job done.

I submit that the situation is much more dire than you realize. Governor Brown has assembled a crack team of experts and this is what they have floated as a solution:

One temporary recommendation is building an angled flip just above the collapse site. If water needs to be released from the lake down the spillway, the flip would launch the water away from the hole, preventing further erosion.
Link: Making water jump the gap

Really? That’s the best you’ve got?

It was outlawed in 1884 because of the devastation that it caused to California’s waterways and agricultural land. Now our crack state engineers want to use the same technique on an ever larger scale to save the Oroville Dam? What could possibly go wrong launching 100,000 cubic feet of water per second into the air? Amazing.

OK, so the government can’t do it, what about the private sector? I submit that in a litigious state like California that no insurance company will cover such a project. Look we already had one evacuation for 200,000 people; plus many more would be affected if the dam had further failure. Folks there are tens of billions in potential liability and whoever touches that dam will own it until the end of time. Unless the state gives the contractors a special exemption from liability, why would anyone want to participate in such a repair job?

Then there is the issue of state jobs requiring that prevailing wages be paid. In normal times, prevailing wages add forty percent to the cost of constructing a public school. Can you imagine how much this government mandated wage inflation—in one of the poorest regions of the state—is going to add to the price of any potential fix? Does Oroville even have the infrastructure in place to support the demand for concrete and related materials? I really doubt it.

Dear readers, there are thousands more similar infrastructure issues in this state that are currently being ignored by government. Oh and you have been paying taxes for decades to fix many of them but the money is diverted elsewhere. If and when “the Big One” happens, then you will know just how truly mismanaged this state has been.

Whatever happens to the spillway, I promise that it will be an excuse to raise taxes and somehow the money won’t really improve things all that much. Likely it will start out as a temporary tax that will still be in effect a century from now.