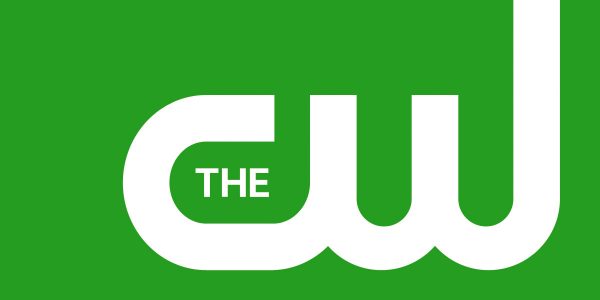 There once was a time when television that was on before 9 PM was “family programming”. Those days are long past. If you have DirecTV or Dish you can catch the later programming three hours earlier in many instances—at least if you reside on the Left Coast. But if that was the extent of my gripes then this blog post would be nonsense.

Sadly, many programs that parents once assumed were ok for children to watch unsupervised are now stealth propaganda shows trying to subvert the beliefs and values you are trying to teach your children. While this complaint has probably been around since I was a wee lad, lately Hollywood has gone from subtlety to in your face and shove it down your throat.

The target of my ire over the last few years has been shows based on comic books. Why, because I like science fiction as a genre and comic books in particular. These have long been the things that young boys tend to gravitate towards. Lately, shows based on comics are very popular. In this discussion, I am excluding those shows targeted at adults like The Walking Dead, Luke Cage, Dare Devil, and Deadpool. Instead I’m talking about Warehouse 13, Marvel’s Agents of Shield, Supergirl, Legends of Tomorrow, Star Trek and similar shows.

If any of these titles surprise you then you are not up on current events.

All these programs and many more are pushing homosexual characters; often as normal folks that are good role models. What disturbs me is that these shows are trying to desensitize people—especially youth—to this sinful behavior and attack on the Judeo-Christian roots of Western Culture. If you are a Christian, then you need to recognize that this is a direct attack on you, your family, faith, and your God.

I will now state what many have been trying to avoid. Homosexuality is a sin. It’s acceptance by any culture has been a clear indication of that culture’s impending demise. This is a sin that is repeatedly singled-out in the Bible as one whose practitioners will not be allowed into Heaven—unless they repent. Please note that by definition, repentance requires turning away from sin and turning to what God defines as right. In this particular case that would at the very least mean being delivered from this kind of “lust of the flesh”. Ceasing and desisting of the behavior is not enough, going a different direction is. Scripture is clear that repentance and forgiveness are gifts from God, not something that we have the power to do on our own.

Many other once familiar and family friendly programs are reportedly considering moving to gender-bending characters include Fantastic Beasts (set in the Harry Potter universe), Star Wars and Wonder Woman. However, the show I wish to spend the next few paragraphs on is Supergirl. 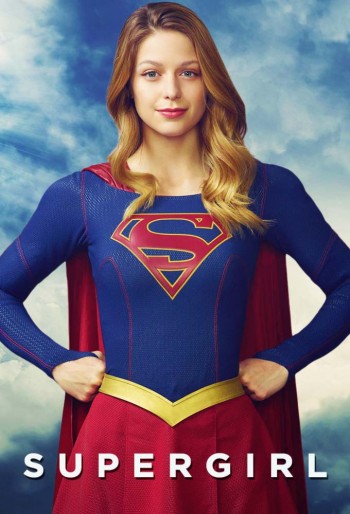 Last year, Super Girl debuted on CBS. It was a good show and one that my son really liked. Due to the cost per episode, CBS decided not to renew it. However, CW came along and worked out a deal to pick up the program. It was well known that the budget would be reigned-in. One lead character was written-off in order to achieve fiscal viability. I was fine with this and understand that changes would be made but oh my, the changes.

Part of the premise of the show is that Supergirl was “adopted” and raised by the Danvers family and thus Supergirl has a stepsister. This year, the stepsister was given a love interest; specifically a female CSI character.

Below are a few quotes from a website ecstatic about this character development. Just so I can assure you that the context is not distorted, I’ve included long excerpts of the quotes below.

Season 2 will also be introducing the DC Comics-based Science Police, who deal with metahuman threats. The new character Maggie, an “out and proud detective,” will apparently be representing the agency in National City.
Link: Super Girl adds Characters

Dany: There’s often this misunderstanding (trust me, I wrote about The 100 multiple times, so I know all about it) that LGBTQIA TV watchers just want happy stories for LGBTQIA characters. But what we’re really after is authenticity. We want stories that feel familiar. And since it’s not Reagan 2.0 times just yet, that means something other than “two ladies fall in love and then one of them dies lol.” And the stories of Alex Danvers and Maggie Sawyer provide exactly the kind of refreshingly honest storytelling so many of us have been craving.

Late-in-life coming out stories? Yup. They happen. And that need to embrace all the things at once tends to be chaotic and even a little destructive for anyone who happens to get pulled into the intense gravity of someone figuring out they’re gay for the first time. So I absolutely believe that Alex would be magnetized to the first gay woman to truly open her eyes. And I 100% know that Maggie is right to throw up the defenses and not let Alex in so easily. That uneasy, awkward but beautiful kiss felt so real. I have been there. Gosh, have I been there.

Maybe Alex and Maggie will make it work in the long term. It seems so clear to me that Maggie does have feelings for Alex—that’s why she didn’t rush in like a fool. Maggie is mature enough to know that she wants something real with Alex, and that’s just not in the cards right now.

All of which is pretty emblematic of Supergirl so far this season. Winn and James slowly making moves to be heroes, Mon-El not immediately rushing headlong into danger, M’Gann recognizing J’onn’s need for life-giving blood and weighing her options—there’s so much maturity and depth in these characters. No one is perfect, but they’re all able to recognize the world around them and pivot when they need to.

As much as I love Alex and Maggie’s story, I might love Alex and Kara’s even more. At first I didn’t get why Kara was struggling with Alex coming out, but of course it was because she felt guilty for drawing focus with her own, alien secret. Of course Alex would temporarily get bogged down in the regret of not having seen Alex as she was for so long. And of course Kara figured out what she was feeling, sharing that honesty with Alex as they work together to help Alex work through this huge revelation in her life.

Honestly, after one of the worst weeks in recent history, I think Supergirl was genuinely saving lives tonight. Well done.
Link: Alex comes out

Anyway, gay ladies and queer-bait-but-i’ll-take-it ladies are where it’s at this episode! First you’ve got Maggie and Alex, which, to be fair, as a plot are a little shoe-horned in. Maggie’s almost-death doesn’t take up a lot of emotional space in the midst of all the action, but that’s okay. What really matters is that Alex was there for rescues. Also, Alex has a much better coming out to her mother, thank goodness. After Kara kind of pulled an “it’s all about me, this coming out,” Dr. Danvers not only knew exactly what was happening, she also was quick to let Alex know how special she is and the pride she should feel in who she is. All of which led to Alex telling Maggie that, hey, Alex isn’t just gay for Maggie—she’s gay for every lady. Despite the “well, I almost died, sooo…” reason Maggie gives before finally kissing Alex for real, the more obvious reason this coupledom could actually begin in earnest is because Alex is truly finding herself.
Link: Cyborg Superman

When I found out that CW was going forward with this character development, I told my son that it was likely that we would no longer be watching the show. Last year Supergirl was his favorite. The first two episodes this year were really fun to watch but then the homosexual card was played in episode 3 and mom and I agreed that the show was coming off the DVR. The poor little guy was devastated. He began crying. He wasn’t crying because I’m a mean dad but because something he really liked was purposely destroyed and he would have to give it up. (He already had to give up Boy Scouts due to their abandoning their vow to be morally straight.)

I have killed many shows on the DVR so far this year and a few more will be off of it by the end of the month. One show that I once enjoyed was Gotham. It is an adult show and one my son never got to watch. And yes over the years the character Barbara has been revealed to be bisexual but she was also evil and insane so deviant behavior was part of her character. I tried to fast forward (or mute the volume) thru these parts but then this year they broke new ground that was the proverbial bridge too far. The creators of the show defiled the cannon of Batman lore by making Penguin and Riddler lovers. Yuck. Having grown up with Adam West and Burt Ward as Batman and Robin, this was anathema to me.

If NBC wants to put this kind of stuff on their gay channel Bravo and I don’t want to watch it then that’s ok but when the big studios try mainstreaming homosexuality then I’m just not gonna watch. Netflix, Amazon Prime, and Hulu are getting my business much more than these guys. Like their nightly news programs did a generation ago, I just can’t trust the big networks to do the right thing.

Oh, while I’m talking about subscription services, CBS just lost a potential subscriber when the new Star Trek announced earlier this week that they were including a homosexual character in the new series. Just for theirs and Paramount’s information, I have faithfully watched every Star Trek TV series and own multiple copies of the movies—except the last one where Sulu now has a baby and male love interest.

The point here is that I’m voting with my wallet and my time.

Oh and just to spite all you people that are angry with me, I just bought the new season of Fixer Upper on Amazon.