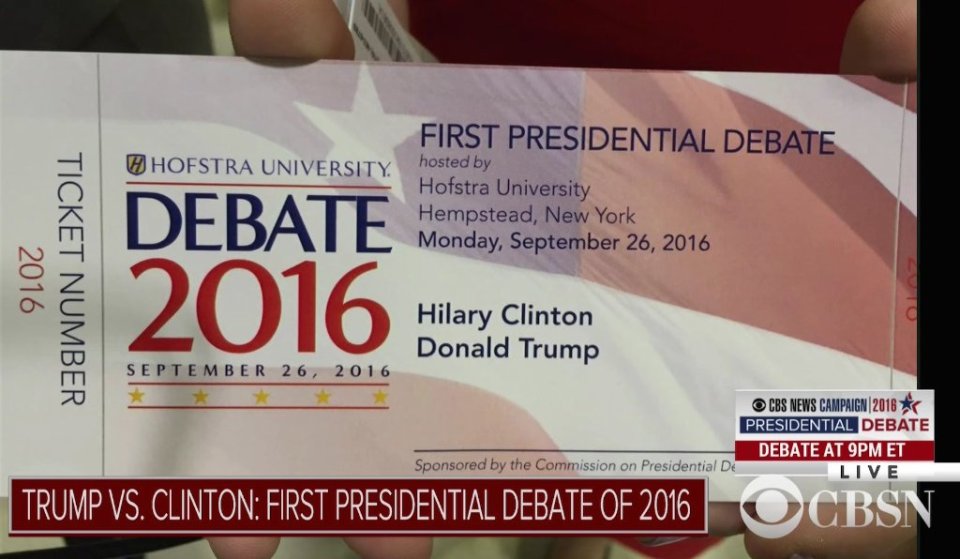 At the insistence of my wife, I had to sit thru the presidential debate last night.

My first impression was that Lester Holt is a dolt. He was so in the tank for Hillary—yes, unlike Democrats, I can spell her name correctly.

Lester was not evenhanded in his treatment of the candidates and intervened whenever Trump starting pressing Clinton on issues. Whenever the audience would applaud Trump, he would scold them but said nothing when Clinton supporters became vocal or would applaud. His questions were heavily slanted to the Left and never probed into Clinton’s failures. Trump had two opponents on the stage last night.

I was disappointed that Trump did not press Clinton on Benghazi, the Clinton Foundation, and all the foreign money that she is taking from the Islamic world.  Trump also did not press the fact that one in five households has no one working and there are 95 million people out of the workforce under the economy of Obama.

What I must remember is that Trump was not there for my benefit, he was there to “look presidential” to the low information voters in a few swing states.  If he can win the hearts and minds of these people that haven’t paid attention to politics until now, then he just might win.

If I was to score the debate on points, Trump won but not outright. Holt largely kept away from Clinton’s weaknesses and kept attacking Trump using her talking points.

I hope that next time Trump will better explain his economic ideas. His target audience is a bunch of economic illiterates that don’t understand that “the rich” pay most of the taxes in this country and our tax policies are punitive toward success and risk taking. Trump let Clinton get away with repeating the myth that that government creates jobs—no she didn’t use those exact words but if you look at the definition of what she said, that is what it means.

Debating Clinton presents so many potential targets that it’s understandable that Trump let some opportunities get past him. Trump was solid on the race trap that Holt tried to set and did well explaining his opposition to the Trans-Pacific Partnership (TPP) trade deal. Trump also did well deflecting the Media Matters type attacks that Clinton tried to hit him with towards the end. Trump does use satire and exaggeration and when Clinton tries to take him literally and hit him with it, she looks stupid.

I think Clinton blew her wad last night and is out of ammo for the next round but Trump is just warming-up. Voting in many states will be underway before the next debate and Trump has momentum.