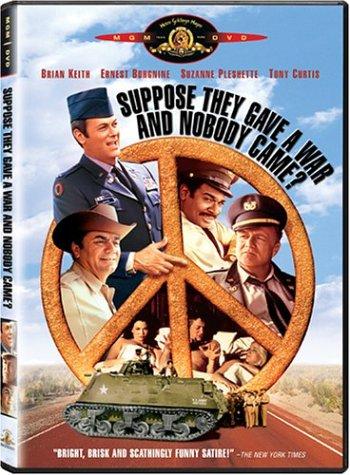 This movie title from the 1970’s is what I think of when I keep reading the nonsense spewing out of the Service Employees International Union concerning their threatened strike of state workers.

Does anybody think nonessential state workers deserve a 22 percent across the board pay increase over four years?  Especially in this economy?

Yet look at this week’s missive from their Grand Poobah.

And as we show our strength and pledge our support to take all Local 1000 authorized actions, management will threaten and try to intimidate us in an effort to weaken our cause. We’re not falling for it.

Standing up for a strong contract is our right. We won’t be intimidated for participating in actions or using our voice to stand up for what we believe in.

This strike idea makes no sense in the present economy. Furthermore, what is the compelling reason for the strike? Does the Union want to fully fund the woefully underfunded pension plans? (Speaking of which, who in the private sector even has any hope of a retirement anymore?) Heck no, they want the taxpayers on the hook for even more loot when this is all over with.

They still haven’t even called for a strike vote yet. Perhaps the outcome is predetermined so why let folks vote?

Unfortunately for the SEIU, I can’t find a state worker yet that feels the need to strike. Yes, people would like more pay but many are realists and know that state employment is one of the last bastions of benefits and pensions.

Worse for SEIU is that many state workers don’t even know a strike is being contemplated by the union until I ask them how they feel about it.

If I was SEIU, I would make a two year contract with Governor Brown and take my chances for a better deal with the next guy in the corner office at the capitol. Instead, SEIU wants state workers to get in Lemming Mode and charge off the cliff when the order is given.

Hey SEIU, if the order is coming then just give it already.  Quit posturing like a rooster in the barnyard. Enough crowing, if you really believe all this bluster then get going. What are you’ll waiting for?

A glance at the calendar shows that there is no good time for this to happen this year.
• October voting begins
• November is election and Thanksgiving
• December is Christmas
• January is Governor’s first draft of the next budget (2017-18)

So back to my original question, Suppose They Gave a War and Nobody Came?
• The membership doesn’t want it.
• The general public won’t support it.
• The politicians don’t want it to happen.

One way to be outstanding in your field is to be the only one in it but the concept of a union is a group of people banded together for a common purpose. The disconnect of the SEIU leadership from the rest of the world is breathtaking.