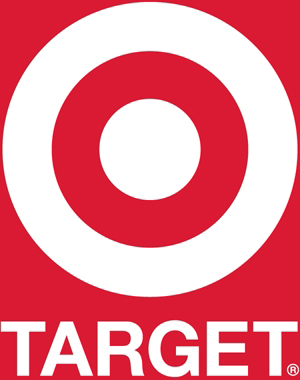 Your humble blogger X has witnessed one of the biggest epic fails by a corporate CEO in recent memory. This guy put his fiduciary responsibilities aside in a desperate attempt to push his liberal values on the rest of the world.  I am highlighting the horrible decision making by Target Corporation CEO Brian Cornell.  Cornell—as you may recall—instituted an “open bathroom and dressing room” policy at Target Stores nationwide in April of this year.  Hence men could now use the ladies room and vice a versa. Any customer could use any restroom or dressing room depending on which gender they felt like identifying with on that particular day.  Cornell wanted diversity and inclusivity, two hallmarks of the new Democratic Party, so he, like all liberals decided he needed to act immediately by Executive Order. Somehow he thought he could be a trailblazer on this subject.  X thinks this is chapter one in the Democrat playbook, decide you know what is best and implement immediately.

The immediate after math of this decree was not favorable. An online petition to boycott Target ensued and gathered almost 700K signatures in a matter of days.  But this was just the beginning of problems for Target. As everyone knows we live in a country with roughly a 50/50 split politically so policies like this are bound to anger quite a few people.  Not surprisingly, sales and earnings at Target fell and during their next earnings report. Analysts asked if the petition regarding bathroom policies was the reason for the drop in sales. Of course Cornell denied any correlation between the two.  X believes this is chapter two in the Democrat playbook; even if all fails, blame other factors. (In my time in the Navy, our version of this was “Deny everything and make counter-accusations”—Editor.)

While Target was shoving this perversity down the throats of consumers, the liberal media was mocking those not comfortable with the possibility that a member of the opposite sex may enter the bathroom they are using and be in the next stall.  No way a man would use a women’s bathroom to video or photo them; that could never happen, right?

During the course of the next two months, there were four reported instances of this occurring. All four instances happened where?  You guessed it, at Target shopping centers!  Game over Cornell.  The easiest way to get people to stop using your store is a mother or father thinking their child may not be safe using the opposite sexes bathroom while they wait outside.  Obviously CEO Cornell never considered that shoppers could take their business to a very small competitor from Arkansas; Wal-Mart, I’m sure you have never heard of them.

Then a strange sequence of events took place this past week.  Target Corporation reported declining profits on Wednesday the 17th. In a historically high market, it was truly a disaster when they reported that their stock plummeted 6%.  Again Cornell’s team claimed that this had nothing to do with the bathroom policy, but then after the close of the stock trading day, Wal-Mart reported their best earnings in eight quarters.  No coincidence right?  On Thursday the 18th, Cornell’s lieutenant—CFO Cathy Smith—announced the company would spend 20 million dollars to add a private, one stall unisex bathroom to all stores by March of 2017.  Clearly Cornell panicked. His Executive Order resulted in the business faltering and missing earnings projections.

Since April, over four million have signed the petition to boycott Target.  Customers—especially during these economic times—are extremely fickle. Based on earnings, it sounds like many have traded Target for Wal-Mart as their preferred shopping choice.

Cornell better hope the trend reverses quickly.  Like any desperate human being, he served up his CFO, making her fall on the sword to protect him. This may buy him time; however, X believes he should get his resume ready.  Cornell will survive. All the executive types like him do. He will blame everyone but himself. He may nominate himself for sainthood because he tried to be inclusive. Look for him to grab a golden parachute and find employment in the C-suite elsewhere.

“X” suggests he apply for a job at Kraft Foods. Specifically, may I suggest President of Kool-Aid North American division?  That way he can drink his own Kool-Aid!