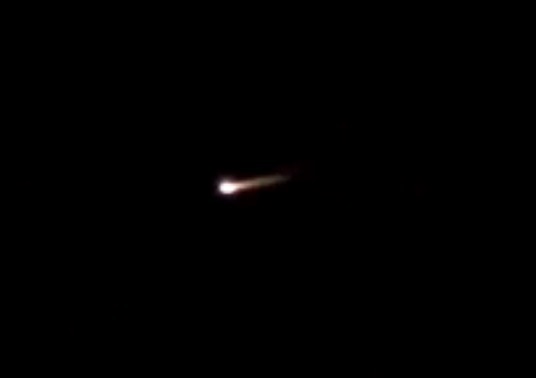 Look up in the sky…

No, it wasn’t a bird, or a plane or Hillary’s star falling last night. Instead it was a Chinese rocket—possibly a satellite killer—disintegrating as it entered earth’s orbit.

Except in movies, I’ve never seen anything like it. If you saw the “fireworks” at the end of Independence Day as Will Smith and Jeff Goldblum are smoking their cigars as they strut thru the desert or Sandra Bullock at the end of Gravity as she is finally riding home in the ruins of a Chinese space station, then you would have a good idea what was in the sky last night.

I was in Elk Grove Park last night with my wife and son, getting set for the first night of the Strauss Festival when my son looks up in the sky and says, “Dad, look, it’s a comet.”

I looked up, and due south of our location, at about half the height of the trees, was a bright object with a very long flaming tail moving very slowly from west to east.  I’m old enough to know comets just don’t show-up in the sky, plus we were using our star watching apps, so I knew it was something else. My guess was that it was a satellite falling back to earth. The tail was composed of debris, similar to the way a bottle rocket has a flaming tail as it flies thru the air. As it moved across the sky, the tail got smaller.

After my son saw it, I took a few seconds to turn on my camera and switch to video and shoot a movie as it flew (mostly behind the trees). I got 72 seconds before I finally lost sight of it behind more trees. At about 46 seconds into the video, I saw that it had broken into two large pieces.

Above is a still from my movie. (9:37 pm on 07-27-2016) Unfortunately, the tail isn’t really visible due to the lack of light sensitivity that my phone has at night. With the naked eye, it was much more spectacular; especially, when we first saw it.