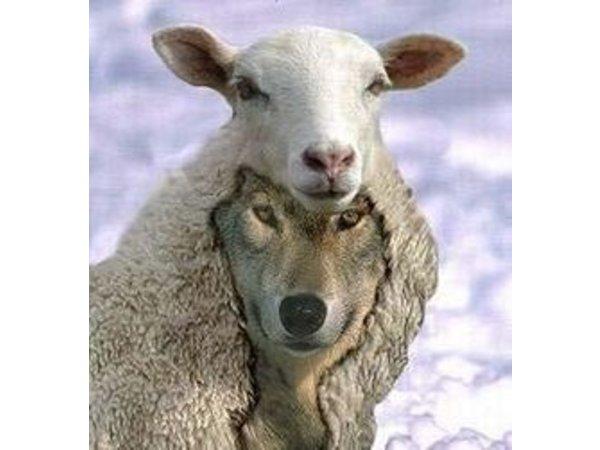 On Friday, a wolf in sheep’s clothing, had his opinion piece published in the religion column of the Elk Grove Citizen newspaper. This article was titled “Is abortion sin?”

In it, this alleged minister of the Gospel of Jesus Christ wrote about a women that came to him in a crisis pregnancy situation. Here is a portion of the column.

She, too, had a good reputation or I wouldn’t have let her babysit my kids. She didn’t want the embarrassment of a child born out of wedlock.

“You don’t want to keep this child, do you?”

She shook her head. Not even for adoption.

She raised her head, knowing that my wife and I had an adopted sibling group of three.

“No,” she said, tears soaking her blouse.

“Is abortion a sin?” she asked.

Some would give a quick answer, but I couldn’t. This was the woman I trusted with my children. I knew her heart.

She continued her worry list. She wanted to go to school. She wanted to date without having a baby in tow. She couldn’t handle the perceived embarrassment to her family.

I could’ve spouted Bible verses, but so could she. Instead, we talked pros and cons. I told her that abortions are never easy on anyone, pro-life or pro-choice. I told her that the spirit of Christianity is on the side of life and redemption and that I’d known women to suffer from abortion trauma for years.

After an hour, Sandy stood to leave. As she did, I reminded her that God had room for both mom and baby on this earth. However, no matter what she decided, nothing would separate her from the love of God.

Sandy had her abortion the next week. While she eventually finished school, married and had children, her decision to still a beating heart still troubles mine. That’s because there’s no easy answer to Sandy’s sin question. There never is.
Link: EG Citizen: Is abortion sin?

This case of spiritual malpractice really makes me angry. Did you get that “I knew her heart” and “her decision to still a beating heart still troubles mine”? He also says that he could have “spouted Bible verses” I wonder which ones?

What shall we say then? Shall we continue in sin, that grace may abound?

What then? shall we sin, because we are not under the law, but under grace? God forbid.

The real situation was this. The woman in this article liked to practice fornication (sex outside of marriage) but after repeatedly practicing that behavior she became pregnant. Her pregnancy was the direct consequence of sin in her life. She was following the lust of her flesh not the biblical standards of righteous living. She knew what God’s standard is in this situation; namely, bear the responsibility of her actions, have the child and give the child up for adoption or raise the child.

Killing her baby is a second sin, not a corrective to her disobedient lifestyle.  Going to this pastor was her attempt at taking the weasel way out of this situation. She wanted absolution for killing her child. The pastor knows that he gave bad council or he wouldn’t be haunted by “her decision to still a beating heart”.

There is a reason that I used to carry the sign “Abortion: One dead, one wounded, one rich” in front of the local abortion clinic. Abortion is an evil and violent act that has lifelong consequences. The premise that justifies abortion is a lie.

This lady and her pastor have both refused to acknowledge their sin. They conspired to sin so that grace may abound. They have cheapened the blood of Christ and made it to no affect.

Suppose there were two brothers. One brother decided to kill the other because that brother seems more loved by his parents. Well he knows that God wouldn’t like him to commit murder. He needs an out, a loophole if you will, to justify the crime in his own mind. So the brother seeks the advice of Reverend Scratch. Rev. Scratch says,

I could’ve spouted Bible verses, but so could he. Instead, we talked pros and cons. I told him that murders are never easy on anyone, pro-life or pro-choice. I told him that the spirit of Christianity is on the side of life and redemption and that I’d known men to suffer from murder trauma for years.

After an hour, he stood to leave. As he did, I reminded him that God had room for both him and his brother on this earth. However, no matter what he decided, nothing would separate him from the love of God.

He murdered his brother the next week.

Oh, and God’s response to this exercise of “choice” can be found in Genesis 4:8-11

The Christian counselor wrote, quote
“Who is the only humane choice ahead
If you can’t support it
Why don’t you abort it instead?”

You say you pray to the sky
Why? When you’re afraid to take a stand down here
‘Cause while the holy talk reads like a bad ad lib
Silence screams you were robbing the crib

Say it ain’t none of my business, huh?
A woman’s got a right to choose
Now a grave digger, next you pull the trigger what then?
Whatever happened to sin?

—Steve Taylor
Whatever happened to sin? 1983