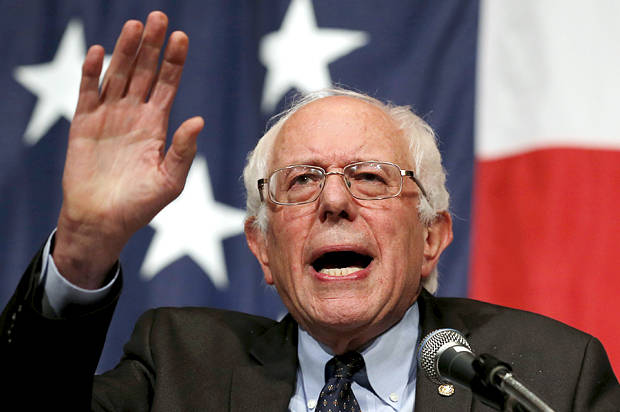 Sorry, but I can’t help cheering for Bernie Sanders in his battle with Hillary Clinton. Bernie has such an uphill struggle against the Clinton Machine that he should have been out of this a long time ago. However, Mrs. Clinton is such a horrible and unqualified candidate that even her Party doesn’t like her.

Without the Super Delegates that pledged to her a year ago she would be filling out a resume or retiring to enjoy her life with Bill. (Like that will be actually happen.) I disagree with Bernie’s policies but I believe that he is a real alternative to the former New York Senator.

At least Bernie has blazed his own trail for much of his political career. He is the longest serving independent and didn’t become a Democrat until a year ago. He has more political experience than Bill and Hillary put together.

What are Hillary’s accomplishments?
• She slept with the President
• She let people die in Benghazi
• She had an unsecure server in her house that was hacked on several occasions and exposed national security secrets

The deck is stacked against Bernie but you’ve got to admire him. It’s a David and Goliath match that has been fun to watch. If June 7th is kind to him, just maybe the Dems will get their wish for a disputed convention. It worked so well for them in 1972.