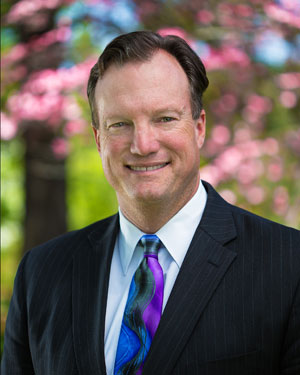 Abstain from all appearance of evil.

The modern version of this advice might be rendered as “avoid any appearance of a conflict of interest”. This advice is a command of Scripture and considered both good public policy and ethical behavior in the business world.

However, a glaring exception to this principle of right conduct is Placer County Supervisor Kirk Uhler. Kirk could benefit from the sage advice of Kenny Rodgers about knowing when to hold ‘em and when to walk away. Kirk just can’t seem to do that. He seems willing to plunge headlong into the gray areas with abandon and he just can’t walk away when he should.

Kirk has ethical lapses and potential conflicts of interest about as regularly as a ranch hand encounters “landmines” when walking thru his pasture.

We’ve talked before about Uhler’s involvement in looting the treasury of the Placer County Republican Assembly in May of 2015.

This year, Kirk even has trouble getting the endorsement of the Placer County Republican Party. This should be a slam-dunk for an incumbent politician.

Below are a few other colorful incidents of this public servant.

Rico Oller
Uhler allegedly tried to entrap Rico Oller to knock him out of an Assembly race in 1996. Uhler clandestinely recorded a conversation with Oller. Oller was supposed to do a few “favors” for Uhler if Kirk dropped out of the race. However, Uhler claimed the evidence of a bribe offer was stolen just when he was ready to make it public. My thoughts on this incident are as follows:
• Secret recordings worked much better for the FBI when they went after Senator Joseph Montoya—of course they had a court order.
• Recording someone without their permission is illegal in California.
• Uhler’s allegation sounded quite similar to the one made against Doug Ose by Congressional candidate Charlie Schaup in 1998.

Since then however, Kirk has settled into his career as a county supervisor. He has learned to make the most…of his situation.

has been dogged in recent weeks with nepotism allegations related to a county department’s hiring of his wife. Tami Uhler was hired by the Placer County Department of Child Support Services July 7 as assistant director at a salary of $92,000 after a decade out of the work force. The job was unadvertised and the county’s union has been critical of the selection process.
Auburn Journal article

Ironically, the information about Uhler’s wife is in an article about Uhler criticizing a fellow supervisor for her spending practices.

Uhler more than doubled his salary
In 2014, Uhler supported a measure to double his salary plus give county supervisors the same benefit package as county employees. Uhler voted to raise his pay from $30,000 per year to $71,755 annually plus health and retirement.  Some have estimated the benefit package alone is worth $30K per year. This is in addition to his salary. $100,000 plus is not a bad gig for a part-time job.
Placer County Supervisors bid to increase pay

Uhler King of Pay-to-play Contributions
Uhler does receive much of his campaign support from developers desiring to conduct business in Placer County. In fact he and other supervisors has been accused of pay-to-play or quid pro quo politics.

Well, of course, the supervisors approved it because the board received a “donation” for $5,000 from Bickford Ranch for the supervisors’ campaign to increase their pay 139 percent plus benefits. You don’t “donate” $5,000 and expect nothing in return.

Imagine how that conversation must have started: “You want your project approved and we want a 139-percent pay increase; we can work together.”

Can you prove that? Yes, the mailers for the “Yes on Measure B” (the supervisors’ 139-percent pay increase) contained the disclosure of “Paid for by the Placer County Taxpayers for Common Sense.”
Supervisors shouldn’t take donations

Further down in the same article you will read,

A couple of the Measure B “donors” were privately asked why they “donated,” knowing full well they opposed the 139-percent supervisor’s pay increase. The response was, “You have to donate, it is part of doing business, things go smoother .”

Not surprisingly, in 2014, Uhler got the most money from developers—$21,000. Please note that he was not even up for election during that cycle.

1700 Eureka Road
I don’t know who owns the building at 1700 Eureka Road in Roseville but they are making good money off Uhler and some of his associates.

There is a curious convergence of forces in Uhler’s circle that all seem to find a nexus at this location. If Roseville was the size of Jackson, perhaps having all these folks in the same single story building would be understandable but in a town the size of Roseville it’s damned peculiar.

Uhler’s day job at Rensa Group is located in Suite 150A. Uhler’s Field Office is next door in Suite 160.

Uhler is in tight with a group of developers. These developers frequently appear before Uhler—in his capacity as a county supervisor—to seek approval for various projects. Coincidently, one is located a few steps away from his doorstep—Maverick Partners West in Suite 110.

I checked both the Secretary of State corporate website and the Contractor’s State License Board (CSLB) for more information on Maverick Partners West but there is nothing current listed at either website. I did find an expired listing that was several years old but unlike disreputable bloggers I’m not making wild accusations.

The go-to guy for developers in Placer County seems to be attorney Marcus Lo Duca. If you check the January, February, and April 2016 minutes of the Granite Bay Municipal Advisory Council (MAC), you can see Lo Duca advocating for his clients.

Rensa Group
This brings us to Rensa Group. Rensa is many things, but the focus is public relations. Rensa describes themselves this way:
To the outside world, we are you. We meet your needs. We advance your interests. We fulfill your mission.

Uhler has a rather curious photo on his corporate website. My sources have identified three of the four in the photo. From left to right Marcus Lo Duca, Ashley Brown, Kirk Uhler and unknown person.

This photo asked more questions than it answers.

Why is Lo Duca promoting Rensa? We have established that he is the go-to attorney for developers with projects in Placer County. Oh, he is also a contributor to Uhler’s political campaigns—as are many of the developers that petition for Supervisor Uhler’s votes.

Ashley Brown is a county employee so why is she in the photo?

Is Uhler telling clients that he has a turnkey solution for getting things done in Placer County?

Is Rensa’s statement about their company really an admission of how Uhler gets things done as Supervisor?

To the outside world, we are you.  We meet your needs.  We advance your interests.  We fulfill your mission.

Reminds me of Aaron Park’s “If you advertise here – it means an endorsement.”

(Kirk did give Aaron $1,000 after Park attacked Uhler’s opponent but I’m sure it’s just coincidence.)

Gambling
One of Rensa’s biggest clients is U.S. Digital Gaming. Rensa represents this company whose goal is “legitimizing and regulating the multi-billion dollar online gaming industry”.  Uhler has more than just a tangential relationship with U.S. Digital Gaming. Kirk Uhler is described as their “vice-president of governmental relations”. Internet Poker bill in Iowa

I guess I’m old fashioned but I remember when it was considered evil and sinful to have anything to do with gambling. Now I guess you can be up to your neck in vices and still be a “good” Christian. The Disciples did cast lots to replace Judas Iscariot but somehow I think that was different.

Conclusion
Supervisor Uhler has a checkered history of bad decisions, questionable ethics, and no clear concept of avoiding conflicts of interest. He seems to have blurred the lines between his business and his fiduciary responsibility to those that elected him. He is unashamedly a career politician.

Come June 7th, Uhler is betting that nobody is watching. Sadly he may be right.