Here is latest on the presidential race.

Bottom line is Trump needs 63 percent of the remaining delegates to win outright.

Both Cruz and Kasich are mathematically eliminated from winning under any scenario.

Trump will win most of remaining delegates in April. He is strong in the North East. This will put him to about 950 delegates.

May looks good for Trump also. He will likely win most delegates from these states. I think the 2/3 delegate goal is achievable for him. This would put him near 1,081.

If this scenario plays out then California might be in play for once. I’d be surprised by this if it really happens. Trump will win New Jersey, New Mexico, and California and thus the presidential race for the Republican nomination.

From this point on, Trump will be perceived as the nominee and momentum will begin swinging his way. Prior to the June 7th vote, I think Cruz will see the light and suspend his campaign. 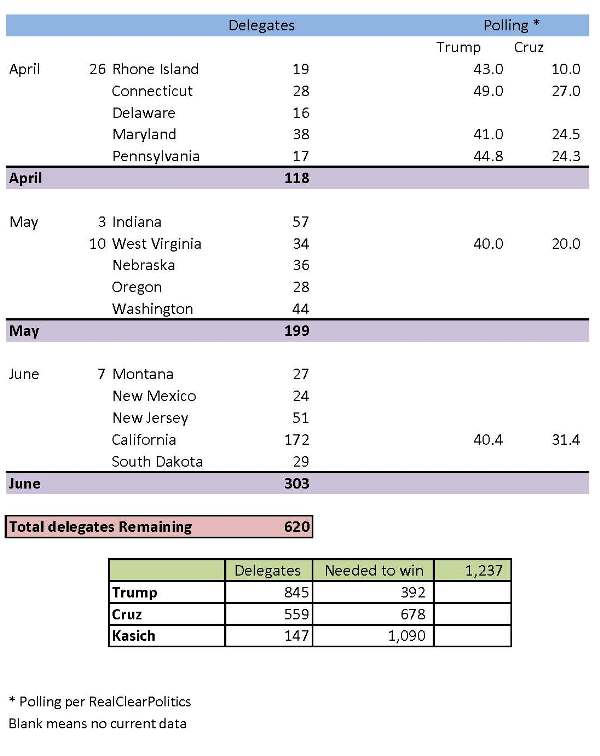