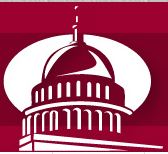 According to the Los Angeles Times, Capitol Resource Institute (CRI) has concluded its 2015 fund raising campaign. The organization has used several failed attempts to overturn the “bathroom bill” via the initiative process as their latest source of fundraising and mail list building.

From the LA Times., “Karen England of the Privacy for All campaign said in a statement that the volunteer-led effort fell short of the 365,880 signatures needed to get the initiative on the November 2016 ballot.”
http://www.latimes.com/local/lanow/la-me-ln-transgender-public-restroom-requirement-fails-to-make-california-ballot-20151222-story.html

This is the least amount of signatures required to qualify a ballot measure in the modern era and CRI doesn’t even have enough signatures to submit them to be counted!

CRI has never qualified any ballot initiative they have attempted. This has been their pattern for about fifteen years now. They either find an issue or try to highjack someone else’s and use it to fund their operations. Furthermore, they never seem to raise enough money on their efforts to file any reports with the Secretary of State’s Office. I have been told by those that have investigated CRI ventures in the past that SOS doesn’t really care about failed attempts because statewide there are too many to follow up on. This has been fortunate for CRI because they have skirted the campaign finance rules and possibly some provisions of the tax code for non-profits.

CRI does not act ethically and follow the law—which most people would assume a Christian family values lobbying group would naturally do.

However, I have criticism that needs to be leveled at CRI different than those mentioned above; this is related to the fact that CRI is acting in the name of Jesus Christ.

First, Jesus told us to “Suppose one of you wants to build a tower. Will he not first sit down and estimate the cost to see if he has enough money to complete it?  For if he lays the foundation and is not able to finish it, everyone who sees it will ridicule him,  saying, ‘This fellow began to build and was not able to finish.’ “Luke 14:28-30

CRI knows how much a ballot initiative costs to run in California and they never have the money to complete what they set out to accomplish. To qualify a ballot initiative usually costs about three million dollars. As mentioned earlier, they never even get to the threshold of having to file electronically with the Secretary of State—$50,000. Once something is qualified for the ballot, you need additional funds to run the campaign. Depending on the issue and degree of opposition—which in CRI’s case would be significant—a campaign will cost on average 20 to 30 million dollars.

CRI not only looks foolish and makes themselves an object of ridicule but they do something even worse; they embolden the other side to become even more radical. The mockers of biblical authority and of Christ wrongly think that God is impotent because of the bad witness these folks are giving to our Lord.

In short, CRI has found a way of taking the Lord’s name in vain.
“You shall not misuse the name of the LORD your God, for the LORD will not hold anyone guiltless who misuses his name. “ Exodus 20:7

The people involved with CRI have a proven record of failure. As much as it pains me to say it, I think we would be better off without CRI. A bad witness is worse than none at all.