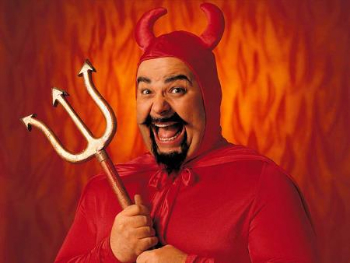 Scripture speaks of Satan taking one third of the angels with him when he rebelled against God. There was war in heaven and after a fierce struggle, he and his followers got the boot.

This was the first thing that came to mind when I heard that Aaron Park and his brother have plans to leave the California Republican Assembly and strike-out on their own. Their exodus will reportedly take one third of the statewide membership with them when they exit the group sometime toward the latter half of this month.

When I first hear rumors of the planned exodus many days ago, I thought it was a crock, but now I have seen it in writing from a Park supporter.

I’m not surprised that the Parks are going all Nathan Mack on the CRA. They have been burning any and all bridges that they can over the last few weeks. They have left no avenue of reconciliation and restoration. They have escalated this situation to a full-blown jihad.

The other faction in CRA has an unbreakable majority so one should ask, “Where will they go?” They could either pull a “Barbara Alby” and highjack an existing group or strike out on their own. Moses led his people to the “Promised Land” but the Parks have no such destination in mind as far as I can discern. Their wandering in the desert seems like more of a trek beyond Thunderdome than a return to Paradise.

As a precursor to the exodus, several more resignations from the CRA Board are expected.

Whether this Park supporter is correct, only time will tell.

However; if you hear of a Kool-Aid shortage in Placer County sometime near Memorial Day, now you’ll know why.
( -: